AYRSHIRE Chamber of Commerce is today calling upon the Scottish Parliament’s Transport, Infrastructure and Climate Change Committee to amend the Draft Scottish Budget to ensure the continuation of the Air Route Development Fund (ARDF), which is set to be axed by the Scottish Government. 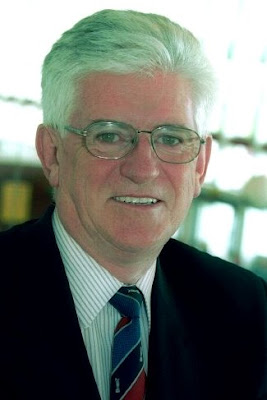 Ayrshire Chamber of Commerce and Industry chief executive Bob Leitch (pictured above) said: “We are extremely disappointed at the Scottish Government’s plans to axe the Air Route Development Fund. This fund, administered in conjunction with Scottish Enterprise, has assisted in bringing dozens of new direct air services to Scotland’s airports, and has created jobs and wealth to the Scottish economy.

“This is a magnificent return on an investment of just £14.4 million over the past three years, and is exactly the kind of project we need to continue if Scotland is to meet the economic growth targets set by the new Scottish Government.

“Scotland’s economy and geography demand quality air links to our key markets around the globe, and that is exactly what the Air Route Development Fund has delivered, linking Prestwick with 25 destinations across Europe.

“The first two years of a new air service are often make or break in terms of its long term sustainability, and that is why the year one subsidy provided by the ARDF has proved so vital.

“Of course there were issues with the previous ARDF scheme under EU law, but we believe that a similar scheme could be EU-compliant in terms of start-up aid, and we are calling on the Government to pursue this option.

“Few other Scottish Government initiatives deliver as much bang for the taxpayer’s buck as the Air Route Development Fund. It is time that the Government recognised this and built upon its success.”

www.ryanair.com
Posted by Ayrshire Scotland Business News at 10:35 am