THE CREAM of Ayrshire businesses are all set to link together to present a united online shop window to the world.

Membership of the Elite Ayrshire Business Circle will be limited to just one company in each business sector, although in the case of very localised businesses this may be increased to one in each of the three areas of North, East and South Ayrshire. 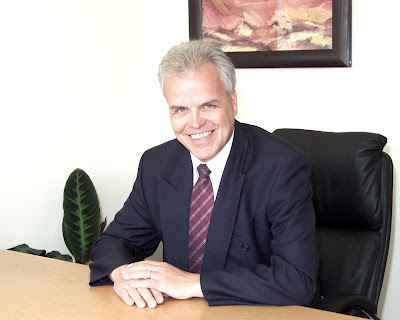 The founder of the Elite Ayrshire Business Circle is Norman Geddes, who is also senior partner with Ayr-based Frazer Coogans Solicitors.

A new company, 1MarketPlace Ltd, has been set up to run the Circle.

Norman said: “This is an exciting opportunity for Ayrshire businesses. A top expansion-minded company in each business sector will be invited to join a circle of like-minded can-do people who are interested in promoting Ayrshire as a whole, as well, of course, as publicising their own individual enterprises.

“Every member will be entitled to display the Elite Ayrshire Business Circle banner on their website, and within this banner is embedded an active hyperlink to each and every other member company’s website. This alone should substantially boost the internet search engine ranking of all members of the Circle.

“We offer an online classified business directory which is different from most others in that it will have only one entry for each classification. Most people wanting (say) a surveyor don’t want a list of every surveyor in the neighbourhood. They just want one who will do a good job. That is what we will provide.”

The Elite Ayrshire Business Circle will have its own internet-based house magazine, which will carry no advertising, but feature regularly updated business news stories about member companies accompanied by print-quality colour photographs.

The website at www.AyrshireBusinessNews.com has been trialled for a year. Even before it has been publicly announced, it has attracted a great deal of traffic, especially from abroad, with recent visitors coming from the USA, Canada, Africa, Australia, Germany, Spain, Portugal, Sweden, Switzerland, Romania and Russia, as well as throughout the UK.

Norman continued: “This pre-launch international traffic shows that our website will provide a valuable new shop window to the world.

“Other website features include up-to-the-minute rolling news, business and sport headlines with click-through links to the full stories, an audio feature allowing visitors to listen online to the latest BBC radio news summary, and an online department store for convenient internet shopping during the office lunch hour!”

“The idea of linking like-minded dynamic businesses together in this way is a very innovative approach to business development in Ayrshire.

“We look forward to seeing the membership increase over the next 12 months and beyond.”

Membership of The Elite Ayrshire Business Circle is by invitation only, but companies can request an invitation, more information and subscription rates. E-mail: EliteAyrshire@aol.com
Posted by Ayrshire Scotland Business News at 10:32 pm No comments:

SUCCESSFUL bar and family restaurant chain Frankie and Benny’s has arrived in Ayr with a bang. 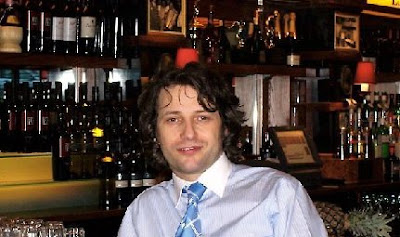 Telephone enquiries started pouring in as soon as the new sign boards went up outside the building in Highfield Drive, just off the Whitletts Roundabout, both from prospective diners and from people looking for jobs, and business has been excellent since the opening almost two months ago.

Location is one factor behind this instant success, according to general manager Roddy McGill. With so many people driving past on there way into Ayr, visibility was never going to be a problem.

Being sited next to Travelodge, the second nearest budget hotel to Prestwick Airport, is an added bonus.

Especially as Travelodge doesn’t have its own restaurant, and displays Frankie and Benny’s menus in each of its bedrooms.

Travelodge guests can also be alerted in their rooms that their table is ready, as the hotel building is within range of the restaurant’s bleepers.

But location is just one ingredient in Frankie and Benny’s recipe for success. Even more important is the product.

“There has been nothing quite like this in Ayr until now, says Roddy McGill.”

A typical New York Italian diner of the 1950s has been faithfully recreated down to the last detail, offering a menu of favourite American food combined with traditional Italian family recipes, with recorded music of the era playing in the background and black and white photographs of gangsters, show business celebrities and sporting heroes decorating the walls.

The story behind the foundation of Frankie and Benny’s has become the stuff of legend.

Frankie Giuliani was 10 years old when he left Sicily with his parents and landed at Ellis Island, New York in 1924.

The family moved in with relatives in Brooklyn’s “Little Italy”, and within a year, they opened a restaurant.

Frankie went to high school, where he became friends with Benny, already a third-generation American.

When his father retired in 1953, Frankie invited Benny to join him in taking over the business, and the rest, as they say, is history.

There are Frankie and Benny’s outlets in England, but the brand has been particularly successful here in the West of Scotland, partly because of the significant number of families of Italian descent in this part of the country.

There are at present 12 outlets in Scotland, with two more new ones earmarked for Hamilton and East Kilbride, and five or six more in the pipeline.

General manager Roddy McGill (42) joined Frankie and Benny’s after many years experience and a family background in the licensed trade and catering sector.

Roddy was brought up between Galston and Newmilns, and his father was landlord of the “Black Bull” in Darvel.

He has pursued his career here in Scotland and in England, but sees his future now with the Frankie and Benny’s group, partly because of the culture of enthusiasm and self-belief that permeates the company, as well as its firm policy of promotion from within.

Roddy lives in Stewarton with his wife Catherine and son Ruairidh (4).