THE Inaugural Meeting of the The Elite Ayrshire Business Circle took place this week at the Clydesdale Bank Financial Solutions Centre in Alloway Street, Ayr.

Elite Ayrshire Business Circle executive chairman Norman Geddes then thanked Willie Mackie for his hospitality in hosting the meeting, and went on to summarise the aims and purposes of the newly formed Business Circle, namely to significantly raise the business profile of individual member companies both at home and abroad, as well as increasing awareness of Ayrshire in general as a worthwhile place in which to do business.

Norman then proceeded to invite members to give a brief introduction to their own businesses, including latest news and developments.

The meeting was generally agreed to have been a success.

Willie Mackie commented: “The energy and enthusiasm shown by the Circle members was very infectious. It was great to hear of so many success stories and how many of the members were looking to move their businesses forward.”

Norman Geddes concluded: “The contributions from members highlighted the dynamic business community which exists within Ayrshire. We look forward to working together to promote the interests of all members.”

The Elite Ayrshire Business Circle is a newly formed association of some of the top companies in Ayrshire.

Its purpose is to publicise its members, and to celebrate and promote the rich diversity of industry, commerce and business services available within the county boundaries of Ayrshire.

To find out more, and to apply to join The Elite Ayrshire Business Circle, e-mail: eliteayrshire@gmail.com

The next meeting of The Elite Ayrshire Business Circle will take place on 14 November 2007 at Ayr Racecourse. It will feature a presentation on Marketing by Stephen Cosh, managing director of Ayrshire creative agency Paligap.

Redundant Worker Drives Back to Work

An Irvine man has turned the shock of redundancy into an opportunity to
completely change career direction. 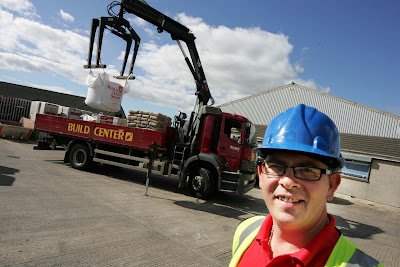 George Hamilton has successfully completed a series of training
programmes and as a result of his new qualifications he is now enjoying
a new career as a highly skilled driver with local employer Build
Center. 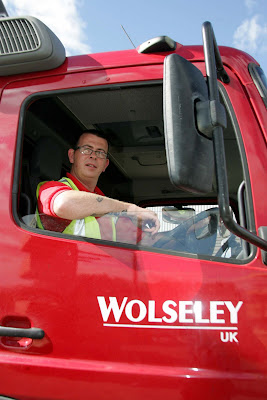 George, like many others, lost his job and a secure future when Simclar
closed its North Ayrshire operations earlier this year. He had been with
Simclar for 17 years, employed as a Process Operator when he was made
redundant.

A married father of four, George was determined to start again and
identified a career as a skilled driver as the right move for him. With
the help of the Ayrshire Redundancy Response Partnership, he was
supported through a programme called Training for Work, a Scottish
Enterprise Ayrshire initiative that aims to get unemployed adults back
into the workplace.

Kilmarnock based Jim Mair Driver Training worked with George to provide
the training to update his skills and gain permanent employment as a
Large Goods Vehicle (LGV) driver. As legislation had recently changed
for drivers carrying dangerous goods, George completed an ADR course
(Carriage of Dangerous Goods), to make him more employable. He also
identified that Lorry Mounted Crane (HI AB) Operators were in high
demand and well paid and he took further training in this area.

George successfully passed all the theory, hazard perception and
practical tests and with the help of Jim Mair Driver Training, he was
quickly employed by Build Center in Irvine as a HI-AB Delivery Driver.

He said: "It was a shock to learn I was redundant after being with the
same company for so many years; however since then I have not looked
back. I was given every bit of help through the Training for Work
programme at Jim Mair's. It was hard work at times and there was a lot
more to the practical driving than I thought, but I enjoyed it all. I
have now gained full time permanent employment with Build Center in
Irvine and I am enjoying my new career."

Build Center is owned by Wolseley UK and has been based in Irvine for
more than 28 years. The company works very closely with local builders
and the local authorities and has a history of supporting the community
by employing local workers, some who have been affected by redundancies. 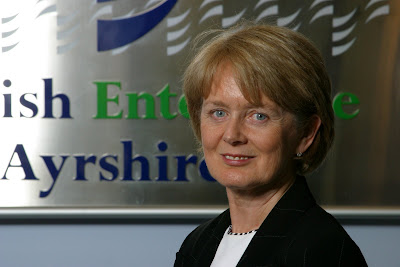 Scottish Enterprise Ayrshire operations director Evelyn McCann added: "We aim to provide businesses in Ayrshire with a well-skilled workforce to help them grow. I'm delighted that George's valuable experience, determination and enthusiasm to learn have been recognised by a well-respected local employer."

Build Center manager Karen Sweeney said: "Our drivers are very
important as they are the face of our company, meeting customers every
day. We are willing to take on employees with the correct skills and
training on a trial period, leading to full-time, sustainable
employment. George is a valuable member of our team."

The Ayrshire Redundancy Response is a partnership led by Jobcentre Plus
and comprises representatives from Scottish Enterprise Ayrshire, the
three local authorities, Careers Scotland, Business Gateway, HM Revenue
and Customs and the Scottish Trades Union Congress. Its work is
supported by a number of other organisations including training
providers, local colleges, the Citizens Advice Bureau and employers.
Posted by Ayrshire Scotland Business News at 10:31 am No comments: