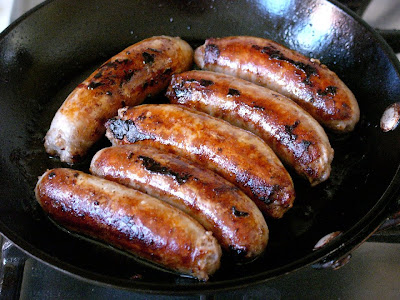 Ephraim Belcher's return last year to hands-on management of the sausage business he founded in the 1960s has paid off with an increase in pre-tax profits from £802,000 to £1.8 million.

Although the Ayrshire company Belcher Food Products saw a 20% fall in turnover to £21.7m, which the company attributed to factors ranging from a restructuring of the management team to loss of low margin business, gross profit margins rose from 19% in 2006 to 23% in 2007.

But the company has still to return to the success of 2004, when it recorded profits of £4m.

The firm cited a series of cost reviews that led to a 23% drop in operating expenses as a driver of its success.

“None of the costs savings has been detrimental to the quality of the product produced by the company,” Belcher Food Products said in a statement.

Belcher’s return to the front-line followed a restructuring at the Prestwick-based company in March 2006 that saw the departure of his sole boardroom colleague, sales and marketing director Neil Pearson, who was replaced by William Pettigrew. Belcher and Pettigrew shared emoluments of £135,186 over the year, down from £174,234 shared by the directors the year before.

Ephraim Belcher is now the sole shareholder of the private company.

Some claimed he was mad to think about expanding into factory meat processing.

The firm also opened a £14 million production plant to supply cooked burgers and sausages to pubs and restaurants. 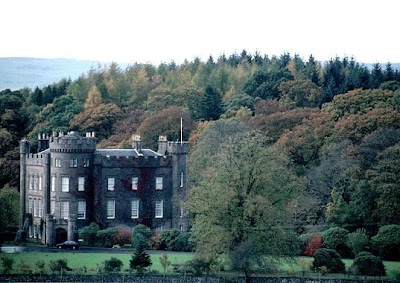 And in 2003 he bought Cloncaird Castle (pictured above) in the countryside between Kirkmichael and Straiton.

It has 90 acres of land, fishing rights for a stretch of the River Girvan, two cottages and a stable block with a house.

Mr Belcher has gifted thousands of pounds to charity, and has also made sizeable donations to the Conservative Party.

He is regarded as a shrewd businessmen who won’t borrow from banks if he can help it.

Investments should be made out of profits rather than bank loans, he believes. And he isn’t impressed by those who set out to get rich quick.

Mr Belcher has been quoted as saying: “A business is for life. It is not about making a fast buck.”