RYANAIR will operate two daily flights between Glasgow Prestwick Airport and Bournemouth for the summer 2008 season, starting on Thursday 3 April. 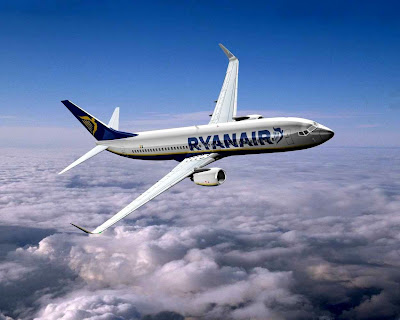 The move provides both business and leisure travellers with greater flexibility when moving between Scotland and the south coast of England, while also providing direct competition to services operating out of Glasgow Abbotsinch.

Ryanair’s head of sales and marketing Caroline Baldwin commented: “We are delighted with the extra daily flight between Glasgow Prestwick and Bournemouth as it will make life a lot easier, particularly for the business travellers in both regions, who will have the opportunity to travel out and back in the same day.

“It is also an added incentive for people in the south of England to make the most of the fantastic shopping Glasgow has to offer with easy access to the city centre, and with Ryanair’s low fares it becomes cheaper than travelling to London!”

Glasgow Prestwick Airport chief executive Mark Rodwell added: “Ryanair are well-known for their ability to spot gaps in the market, and by making the Bournemouth service double daily they are making it a viable route for day trippers and business travellers.”