A TOP Ayrshire supplier of quality game, cheese and other fine foods completes the latest stage of its expansion programme this week. 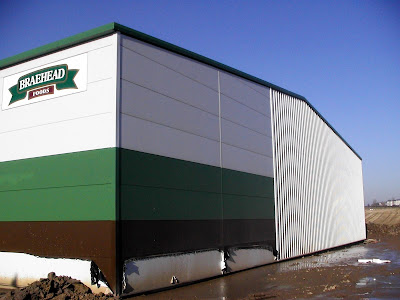 Braehead Foods Ltd of Kilmarnock, which supplies chef Gordon Ramsay and top store Harvey Nichols, moves into its new factory in the town on Tuesday 1 April. 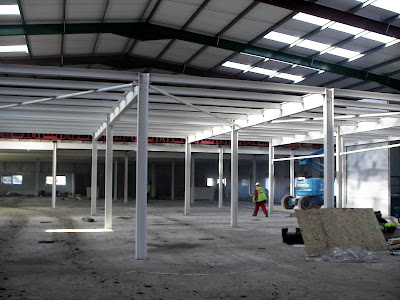 At 30,000 square feet, more than 6 times the size of their existing premises, the new building will allow for a larger production range and stock holding capacity. It also comprises a production kitchen, staff canteen and shop.

In addition, the new building will house a demonstration kitchen where chefs from far and wide will share their knowledge, a cookery school and restaurant.

Four new vans will also be added to the company’s vehicle fleet during 2008/9.

Founded in 1988 on the Craufurdland Castle Estate, Kilmarnock, Braehead Foods has become synonymous with fine food and game. 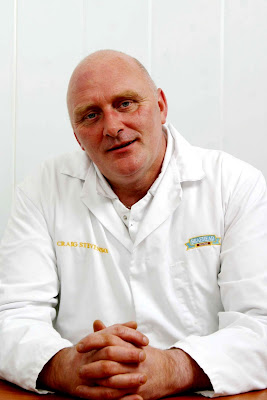 Managing director Craig Stevenson (pictured above and below) purchased the company in 1999 with the aim of making high quality foods more readily available to chefs. 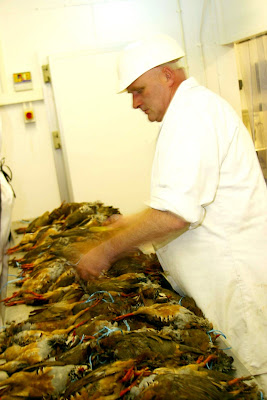 The Real Cheese Company was bought in 2000, adding quality cheeses to the product range. With this expansion of products came further technical knowledge in the form of technical manager Alistair McLean, appointed in 2001.

In 2002 the firm moved to a modern 10,000 sq ft EU-standard game processing facility, and in that same year Wilson Smith was appointed as operations director.

As the customer base increased in size and diversity, the commercial side of the management team was strengthened by the appointment of customer services manager Linda Queen in 2003. This expansion continued with the appointment of sales managers Aileen Stevenson, (Ayrshire, Stranraer), Alan Winning (Glasgow, Borders) and Ian MacDonald (north, Fife, Edinburgh). The team now comprises fully qualified and experienced specialist staff.

The company’s quality game products are now augmented by a wide selection of cheeses sourced throughout Europe, dry goods, Belgian chocolate and other specialist food products from some of the world’s leading manufacturers. Braehead Foods is the sole distributor in Scotland of Gressingham Duck, the classic bird of choice for leading chefs.

Braehead Foods is a sponsor of the Federation of Chefs, Scotland, and has been used by Scottish Food & Drink as a Best Practice Supplier case study, and won the Scottish Chef’s Supplier of the Year award in 2003. In 2001 managing director Craig Stevenson was awarded the Glenfiddich Spirit of Scotland award. The company holds a European hygiene licence (Number 1690) and now exports to Belgium, France and Italy.