Scotland economy grew faster than the UK’s in last quarter

SCOTTISH GDP growth exceeded the UK growth rate in the last quarter of 2007 but still lags behind over the year, Cabinet Secretary for Finance and Sustainable Growth John Swinney has announced. 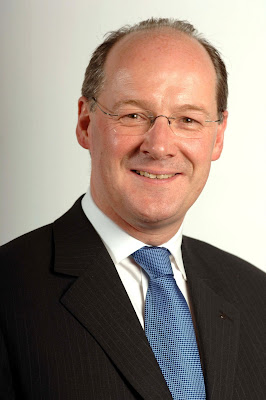 John Swinney (pictured above) said: “The Scottish economy grew at a faster rate than the UK in the last quarter of 2007, a welcome and positive piece of news in the current climate. The financial services sector was buoyed by the highest ever quarterly growth in banking.

“But overall growth over the year lags behind the UK growth rate, highlighting the important focus of the Scottish Government on increasing sustainable economic growth.

“Scotland is not isolated from global conditions. Looking ahead, we know the labour market in Scotland remains resilient and performs better than the UK, with a lower unemployment and higher employment rate. Business survey evidence suggests GDP growth may slow in the first quarter of 2008.

“It brings into sharp relief the urgent need to make Scotland a more competitive environment to put us on the course for long-term success and achieve our target of matching the UK growth rate.

“We are already delivering - we have saved millions of pounds for 150,000 small businesses by reducing business rates at a time when costs are rising. The is money that can be reinvested in improving small business.

“We have refocused enterprise networks and our Government Economic Strategy puts increasing sustainable economic growth at the heart of everything we do. We must push ahead with these reforms and make Scotland better able to withstand the pressures the future may bring.”