COMMENTING on labour market figures which show that the unemployment rate in Scotland stands at 4.7 per cent compared to 5.8 per cent for the UK, Enterprise Minister Jim Mather (pictured below) said: “While the labour market in Scotland remains relatively strong, with higher employment and significantly lower unemployment than elsewhere in the UK and other advanced economies, today’s figures show that we are not immune from a global economic downturn. They confirm what the Scottish Government has been saying about how the financial crisis is impacting on the real economy.” 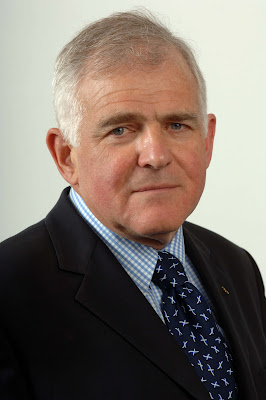 Jim Mather continued: “The Scottish Government has already taken steps to support Scottish business and families in the current challenging conditions. Within our fixed budget and the powers available to us, we have set out steps to keep Scotland’s economy moving forward as part of the Scottish Economic Recovery Plan. Already we have announced accelerated housing investment, delivered planning reforms, opened up public sector contracts to small and medium sized businesses, upped the advice we provide to manufacturing businesses, and provided Government money to help create and safeguard jobs and stimulate investment in our economy. We also need a programme of reflation from the UK Government to boost the wider economy.

“Our focus on sustainable growth and our undoubted strengths - a highly skilled workforce, huge renewable energy resources and competitive cost base - give us a solid foundation on which to establish a competitive advantage. But we cannot wait for things to get better - that is why we are redoubling our efforts to accelerate investment and support business and families in Scotland, and the UK Government must come forward with a reflationary package for the real economy as a matter of urgency.” 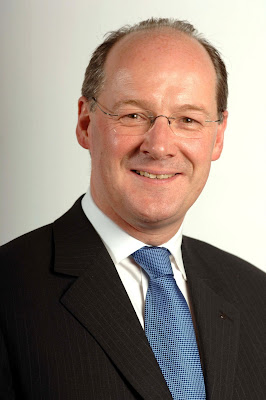 The Scottish Government will continue to take steps to increase support for business and households at a time of global economic slowdown, John Swinney (pictured above) has declared.

During a Parliamentary debate on the economy, the Finance Secretary set out actions already underway as part of the Scottish economic recovery plan.

The Scottish Government has recently announced improvements to the planning system, expanded Scottish Enterprise’s advice service to manufacturing companies, and made it easier for small businesses to access public sector contracts.

Mr Swinney said: “At a time of growing pressure on Scottish businesses and on homeowners, the Scottish Government is taking action.

“Today’s employment figures confirm that Scotland is not immune from global economic conditions.

“Scotland’s labour market remains relatively strong, with higher employment and significantly lower unemployment than elsewhere in the UK and other advanced economies. But we recognise the challenges facing Scotland’s economy and, where global pressures impact on local jobs, the Scottish Government will respond quickly through locally-led arrangements that are distinct to Scotland.

“We will be reviewing the operation of PACE to ensure we are in the best position possible to respond to events which occur as a result of today’s economic climate.

“And we have today extended support for employability projects across Scotland. In the summer we announced £50 million support through European Structural Funds to Community Planning Partnerships for regeneration and employability initiatives. Today we are extending that support to Inverclyde and Clackmananshire to support training and skills development. That means all proposed CPP bids under these Programmes have been funded.

“As early as August we announced plans to bring forward up to £100 million investment in affordable housing. Increasing growth has been this Government’s priority since day one, a commitment we have matched with funding to freeze the Council Tax over three years and to reduce and remove business rates for up to 150,000 small businesses.

“The Scottish economic recovery plan identifies the action we can take to increase support for small business and households, to maximise jobs and investment and ensure our economy is well positioned for recovery.

“Wherever we can, we will do more to support Scotland’s homes and our high streets.”

There are currently 391 Ayrshire business stories permanently archived on this site. To locate those of most interest to you, please use the site search facility in the top left hand corner of this page. Type your search term in the white box, then click “SEARCH BLOG”.