THE next meeting of the Elite Ayrshire Business Circle will take place at 8am on Tuesday 30 September in the terminal building of private jet charter and aircraft handling company Ocean Sky, McIntyre Avenue, Glasgow Prestwick Airport. 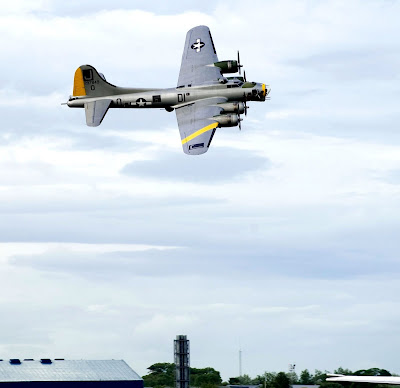 Members will remember how back in July Ocean Sky organised the historic visit of the American World War II B-17 Flying Fortress bomber aircraft “Liberty Belle” (pictured above) during its European Tour.

At our meeting on Tuesday, Ocean Sky managing director Eddie Allison will be giving a sparkling presentation about the delights (and the cost-effectiveness) of private jet hire, explaining the aircraft handling side of the business, and also the ways in which he and his team go about getting new business.

The Elite Ayrshire Business Circle is an association formed last year of some of the top companies in Ayrshire.

Its purpose is to publicise its members, and to celebrate and promote the rich diversity of industry, commerce and business services available within the county boundaries of Ayrshire.

For further information about The Elite Ayrshire Business Circle and to apply for membership, e-mail eliteayrshire@gmail.com

There are currently 356 Ayrshire business stories permanently archived on this site. To locate those of most interest to you, please use the site search facility in the top left hand corner of this page. Type your search term in the white box, then click “SEARCH BLOG”. 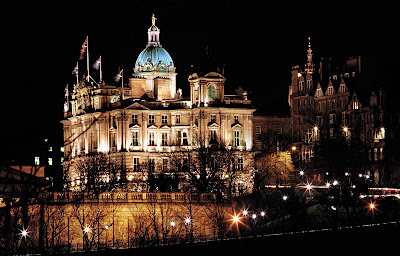 The Right Deal for HBOS

WE announced last week that HBOS will be acquired by Lloyds TSB. I know that many people in Scotland will have questions about how the deal will work and why we have done it. This article sets out exactly what we are doing and why. 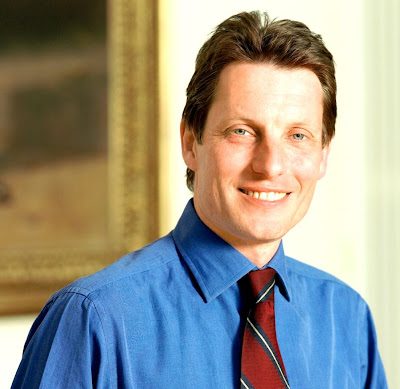 The acquisition of HBOS by Lloyds TSB is set to create a major financial player in Scotland and the rest of the UK.

The combination our businesses, including Bank of Scotland, with Lloyds TSB's (who already have a sizeable operation north of the border) is definitely the best way for us to grow and go forward. I have no doubt about that.

The right thing to do

Lloyds TSB chief executive Eric Daniels and I had been talking for a while about the deal. We had always recognised the benefits of combining these two great businesses. Those talks really accelerated, however, after the recent momentous developments in the world's financial markets. In the last two weeks, we have had news from the United States about Fannie Mae and Freddie Mac moving into state ownership, the sad demise of Lehman Brothers and Merrill Lynch being sold to Bank of America.

Last week, financial stocks in the UK came under even more intense pressure. We moved quickly to complete the conversations between the two companies. We agreed to be purchased by Lloyds TSB because it is the right thing to do. It really is as simple as that.

Despite the fact that we are a well capitalised and profitable bank, the share price gyrations were not helpful, to put it mildly. It was time to act decisively to protect and enhance our great franchise, including in Scotland.

What this deal means

The deal with Lloyds TSB is about two things. Firstly, getting the best possible deal for HBOS shareholders. We have done so. The new company will be the UK's leading financial services company. HBOS shareholders, including 160,000 in Scotland, will share in its success. They will own 44% of it.

Secondly, protecting and growing our franchise. Together with Lloyds TSB we will enjoy a strong position in Retail Banking, Corporate Banking and Insurance & Investment. The reality is that, as part of a bigger franchise, we will be able to grow the business more than we could have as a standalone HBOS.

Of course there is a great deal of uncertainty created by this kind of deal. I fully appreciate the concern in Scotland and elsewhere. Colleagues are worried about jobs, customers want to know if the businesses and brands they have come know and trust will continue.

The merger will inevitably lead to some job reductions, but the majority of HBOS colleagues are likely to stay with the enlarged group, reflecting the sheer scale of our business.

There is a natural fit between HBOS and Lloyds TSB. Both banks have a long and proud history of developing long-term relationships with personal and corporate customers by providing good value, innovative products, backed by excellent service. The combined group will play to these proven strengths.

Well known and respected brands like Lloyds, Cheltenham & Gloucester and Scottish Widows are part of the LTSB group. They will complement the strong HBOS brands like Bank of Scotland, Halifax and Clerical Medical. The intention is to continue to use the core brands from both companies in the combined group.

This deal brings together two of the strongest franchises in UK banking. It’s a very powerful combination, providing a significant platform for creating long-term value. This deal protects and enhances our business and delivers the best possible result for HBOS shareholders. That is undoubtedly the right thing for HBOS and Scotland as well I believe.

The combined group will have over 30 million customers and will be the clear leader in mortgages, savings and investing and banking. We will have real strength in the Corporate business as well. Together we will also be one of the UK's leading home insurer businesses.

The deal is of course subject to shareholder and regulator approval. We will of course be consulting with our shareholders in Scotland. We expect the deal will be completed by the end of December or in early 2009.

This is the right deal for HBOS, our customers, colleagues and shareholders.

There are currently 355 Ayrshire business stories permanently archived on this site. To locate those of most interest to you, please use the site search facility in the top left hand corner of this page. Type your search term in the white box, then click “SEARCH BLOG”.

* * *
Posted by Ayrshire Scotland Business News at 9:16 pm No comments: