John Scott, MSP for Ayr (pictured below) has reacted to the news that Ryanair’s winter timetable will cancel or reduce a number of existing routes to and from Glasgow Prestwick Airport, including services to Frankfurt Hans, Kracow and Stockholm, while adding five new winter sun destinations. 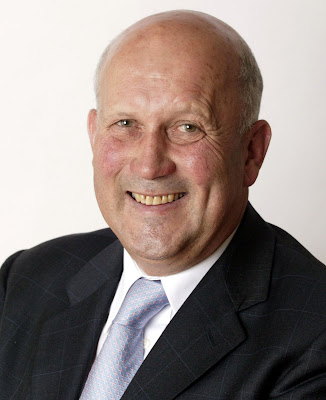 Budget airline Ryanair has announced five new routes from Prestwick airport but it will cancel or reduce frequency on six of its existing routes.

As it unveiled its winter timetable, the firm said it would provide new services to Alicante, Arrecife in Lanzarote, Las Palmas in Gran Canaria, and Palma.

A fifth new route to Ibiza will begin in March.

An extra 100,000 passengers are expected to use Prestwick, but inbound visitors numbers will fall by 100,000 every year.

However, the airline also plans to increase the frequency on flights to Faro, Malaga and Tenerife South.

John Scott said: “While the cancellation or reductions announced on some routes over the winter period is regrettable, that is balanced by the news that five new routes are to be added by Ryanair to the range of destinations already accessible from Prestwick Airport.

“Clearly this is better news than had been predicted but my concern is that, while it is forecast that the total number of people using the airport will rise, the actual number of inbound passengers may fall by around 100,000 over the next year.

“Hopefully it will prove possible to reinstate some of the services that support inbound passengers, and I remain confident that in the long term Prestwick Airport will strengthen its position and continue to be a major and highly valued economic and social asset for our area.”

There are currently 551 Ayrshire business stories permanently archived on this site. To locate those of most interest to you, please use the site search facility in the top left hand corner of this page. Type your search term in the white box, then click “SEARCH BLOG”.