John Scott steps up campaign for support for Prestwick Airport

Ayr constituency MSP John Scott (pictured below) has this week stepped up his campaign for greater support to be given to Prestwick Airport by calling for the Scottish Government to back moves to remove legal barriers to direct aid for airlines to develop new routes. 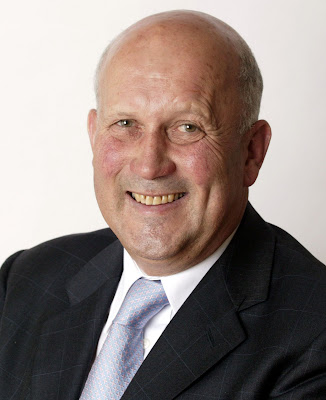 The Route Development Fund which previously supported many routes operating from Prestwick Airport was abolished in 2007 after it was judged to breech European rules on state aid, but now there is to be a re-examination of the regulations. Mr Scott wants the Scottish Government to back the case for renewed direct support for airlines, and he has tabled a motion in the Scottish Parliament urging support for the move.

John Scott said: “Route development funding was crucial in securing the creation of many of the services that have operated from Prestwick Airport over the last decade and its ending in 2007 has equally clearly been a factor in the reduction in more recent times of the range of routes operating to and from Prestwick.

“Given the sustained drop in routes and passenger numbers at Prestwick and the threat that this is posing to what could be a substantial number of local jobs and to our tourist economy more generally, it’s all the more urgent that any steps possible are taken to reinstate the support that was previously available.

“I remain convinced that scrapping Air Passenger Duty, the so-called tourism tax, would be helpful, and reinstating Route Development funding would be equally welcome and provide airports like Prestwick with a real boost.

“My motion is aimed at getting as much support as possible in the Scottish Parliament behind the principle of reforming the rules against state aid for airlines so that it can once again become possible for grants to be given to assist the creation of new routes to Scottish airports and so offer a better range of services to travellers and support the hundreds of jobs that rely on them.”

There are currently 773 Ayrshire business stories permanently archived on this site. To locate those of most interest to you, please use the site search facility in the top left hand corner of this page. Type your search term in the white box, then click the magnifying glass symbol.