Ten per cent more Scottish chartered surveyors reported a rise rather than a fall in house prices in September, compared to three per cent in August, according to the latest RICS UK Housing Market survey.

This has resulted in a fifteenth consecutive month of positive price net balance readings in the market, the only region in the UK to do so in September. 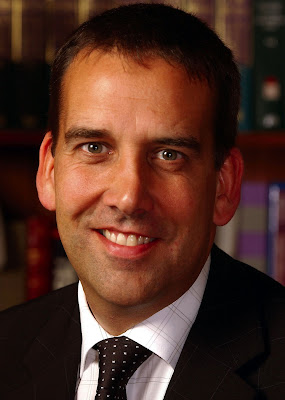 New buyer enquiries rose at a steep rate in Scotland at +23, up from -12 in August. With new instructions also rising, albeit at a slower rate from -10 to +9, the demand-supply gap has widened and could explain the rise in price expectations, which went from +3 in August to +11 in September.

Surveyors’ future expectations for sales were the only main indicator to fall in Scotland, with 19 per cent more surveyors expecting sales to fall rather than rise.

Commenting, Graeme Hartley, director, RICS Scotland, said: “Demand for property in Scotland rose sharply in the past month, and with new instructions rising at a slower rate, surveyors have reported a rise in price expectations. However, sales expectations are down, which perhaps signals that future potential homebuyers are postponing any purchases until the full extent of the government cuts are announced next week.”

RICS Scotland is a national association of RICS. RICS Scotland has over 10,000 members. Managed from its offices in Edinburgh the focus of RICS Scotland is to develop, maintain, uphold and promote the standards, knowledge and skills of its members always acting in the public interest.

RICS Scotland enjoys a degree of autonomy due to differences in Scottish law and practice. It holds a significant role within the professional and business community in Scotland, working with central and local government and educational institutions in Scotland.

There are currently 786 Ayrshire business stories permanently archived on this site. To locate those of most interest to you, please use the site search facility in the top left hand corner of this page. Type your search term in the white box, then click the magnifying glass symbol.

Posted by Ayrshire Scotland Business News at 1:36 pm No comments:

Professor Andy Miah of University of the West of Scotland’s School of Creative & Cultural Industries, which is based at the Ayr campus, presented a proposal to create an independent Olympic community media network at a major international festival of new cinema and digital culture earlier this month.. 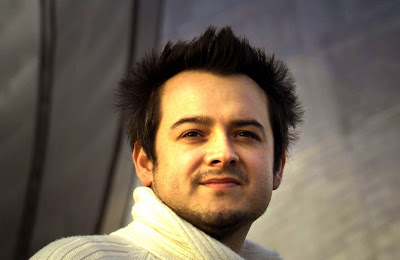 At the second annual Abandon Normal Devices (AND) festival in Manchester last week, Professor Miah (pictured above) delivered his proposal, ‘Blueprint for London 2012’, to over 150 delegates.

In addition to the AND festival and UWS, the event was shaped by a unique partnership between the London 2012 Creative Programmers’ Network in Scotland and England’s North West and South West. Funding from England’s North West is from Legacy Trust UK as part of its research and development activity for WE PLAY, the North West’s unique contribution to the build up and legacy of the 2012 Games.

This groundbreaking proposal builds on a commitment by the International Olympic Committee (IOC) to ensure that London 2012 is the first summer Games to maximize the value of social media. It also brings into focus Professor Miah’s research on the Olympic Games over the last 10 years.

Professor Miah’s research claims that traditional media coverage never gives enough profile to the broad values of the Olympic programme, but the population has an appetite to share their stories.

He said: “It is a remarkable achievement to bring together regions in the UK to develop a vision for London 2012 that is about regional and national engagement. We want to ensure that London’s Games are experienced as the nations’ Games, so that wherever you are in the UK, you are able to participate.”

“The Olympic Games has sport at its heart, but Olympic sport should always be seen in the service of humanity’s broader aspirations. For London 2012, the UK’s nations and regions all have stories to tell, but the main media facilities will not do justice to the rich ways in which the average citizen has experienced these Games.

“By creating citizen-led media hubs around the UK, we can change the way that London 2012 is perceived. As well, by dominating social media platforms like Twitter, we may even change how the mainstream media cover the Games.

“The event in October is provocatively titled ‘#media2012’, perhaps one of the first events to name itself with a term used in the popular social networking platform Twitter.

“We want London 2012 to make history by transforming the largest media event in history into a media festival, characterized by massive levels of citizen journalism. The London 2012 Games can be a moment for realising a new media legacy for the United Kingdom, built on the idea of citizen media reporting and the recognition that the Games are more than just sports competitions.”

Professor Miah, who is Chair of Ethics and Emerging Technologies at University of the West of Scotland (UWS), is an Olympic scholar and writer, having undertaken research into Olympic media at every summer and winter Olympic Games since Sydney 2000.

Professor Miah added: “The emergence of new digital media has given rise to a proliferation of citizen journalists who want to report the 2012 Games. Over the last few years, our numbers and impact have grown and we now have a critical mass who will travel to the Games from previous and future Games hosts like Vancouver or Sochi in Russia to undertake their own independent, unaccredited reporting. This media will own the streets of London during the Games and, unlike, most of the priorities around London 2012, we aim to provide a legacy for the Olympic movement that will transcend London and take us from Games to Games.

“The proposal speaks on behalf of the growing community of citizen journalists out there that want to cover the Olympic & Paralympic Games in their own way. Such a network would be founded on principles of ‘open media’ and will facilitate community legacies and build stories about London, the nations and the regions that reach an international audience. It will focus on reporting all non-sporting legacy stories, locating culture and art at the heart of its practice. Its work will transcend national boundaries in ways that no other Games has achieved before, by promoting peer-to-peer conversations. We don’t want to set up a division between citizen and professional journalists. Rather, we want to be a catalyst for their interactions.”

University of the West of Scotland

There are currently 785 Ayrshire business stories permanently archived on this site. To locate those of most interest to you, please use the site search facility in the top left hand corner of this page. Type your search term in the white box, then click the magnifying glass symbol.

Posted by Ayrshire Scotland Business News at 12:06 pm No comments: