This week at Ayr Spice Indian Restaurant in Minishant, South Ayrshire, celebrity TV chef Mafiz Ali and his staff have been busy planning a Halloween party for pupils, parents and teachers from nearby Minishant Primary School.

This will take place between 6-8pm next Tuesday 1 November. 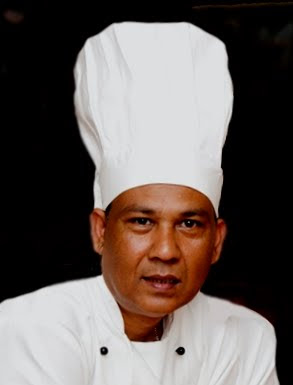 Children and adults will all have a delicious meal in the restaurant, and there will be a party for the children in the function room upstairs.

Mafiz Ali commented: “We’re all looking forward to what should be a really fun event, as we feel that it is important that a good restaurant should actively participate in the social life of the community, and not just be only a place to eat.

Mafiz Ali has prepared a sumptuous festive menu, which can be viewed CLICK HERE

Bookings are available throughout December and the first few days of January, both for office and business celebrations (the upstairs function room at Ayr Spice Indian Restaurant can accommodate up to 100 people) or for family dining.

Chef Mafiz Ali concluded: “And between now and then I will, as always, be looking forward to welcoming customers old and new to Ayr Spice (open everyday 12 noon -10.30pm) to sample the excellent Indian cuisine lovingly prepared by myself and my loyal team.”

Ayr Spice Indian Cuisine can be found in the fine old red sandstone Memorial church at the entrance to the picturesque village of Minishant, 5 miles south of Ayr on the A77. The church was erected by the thread magnate Sir Peter Coats of nearby Auchendrane, in loving memory of his wife Glorianna, who died in 1877.

Mafiz Ali has enjoyed a busy and successful 2011.

He has made two guest appearances on STV’s popular early evening television programme “The Hour” with regular hosts Stephen Jardine and Michelle McManus. 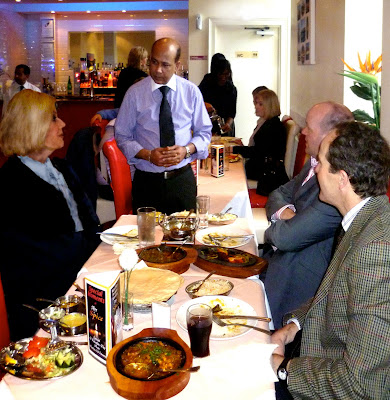 He has also already this year put on successful special menus to celebrate Mother’s Day, the Bangladeshi New Year and the Royal Wedding.

And finally, Mafiz has extended the opening hours of Ayr Spice Indian Restaurant, which is now open from 12 noon 10.30pm every day.

And now he is introducing a Tandoori Barbecue, at which customers can dine al fresco (weather permitting!) in a family-friendly atmosphere with a tree-house for the kids and ample parking.

There will be further exciting developments to be announced during the course of the rest of the year which will cement Ayr Spice’s place as one of the top fine dining experiences in South West Scotland.

Mafiz climbed the ladder to fame when he won a chef of the year award in 1998 and, almost immediately, added one for exceptional hygiene and cleanliness. Newly crowned at Westminster, he was commissioned by the then prime minister, John Major to supply a banquet for his 50th birthday at Number 10 Downing Street.

A replica banquet was then ordered by one of the distinguished guests and sent to New York city. Since then he has sent food elsewhere in the USA and to Japan and Australia in what must be an almost uniquely international takeaway service! He has also catered for numerous celebrities from the world of entertainment and some have vowed to come to his restaurant while they are in Scotland on tour.

It is not widely known that 92% of all “Indian” restaurants in the UK are in fact Bangladeshi, and it was to promote such eating houses and reward young chefs by recognising their talents, that Mafiz founded the “British Bangladeshi National Curry awards” at the Houses of Parliament at Westminster, also in 1998.

Mafiz Ali has been closely associated with charities, notably when he entered the Guinness Book of Records with 4.5 tons of chicken korma, which was then eaten at a charity event. Because of the enormous quantities involved he had to seek the advice of a professional engineer for the technical realisation of the project.

No stranger to TV, Mafiz has been invited to return to STV for further programmes in the future. Channel 4, Big Breakfast TV and several others including Bangladeshi TV on which he has his own programme, number among the other stations for whom he has appeared, and he has made double that number of radio broadcasts, as well as contributing to many publications including the Times and Daily Mirror.