Scottish Enterprise (SE) is urging companies to explore potential partnerships and business opportunities with Brazil - one of the world’s fastest growing economies. 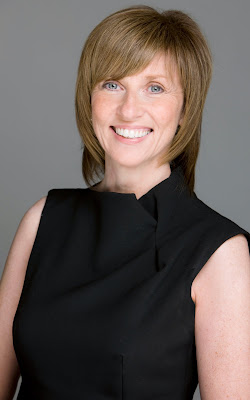 During a fact-finding mission this week, Lena Wilson (pictured above), chief executive of Scottish Enterprise, will meet with Brazilian government officials, trade and industry leaders and representatives from the Brazilian Development Bank to discuss how to further strengthen trade relationships between the two countries.

The visit will enable SE to help equip Scottish companies with the right tools and expertise to trade more effectively with Brazil. As well as exploring key possibilities within the biofuels industry, the visit aims to gain a better understanding of the political, cultural and economic issues in the country and explore how SE can support Brazilian companies in Scotland.

Lena Wilson said: “As the fifth-largest country in the world with a population of around 185 million people, Brazil is one of the world’s most rapidly developing economies and with a GDP per head greater than either India or China, it offers huge opportunities for Scottish businesses.

“This fact-finding visit will allow us to experience first-hand the size and scale of the potential market prospects for Scotland in Brazil – both in relation to export opportunities for Scottish companies and investment possibilities for Brazilian companies looking to do business in Scotland.

“We know that trading overseas is a key way for companies to realise their ambitious growth plans and in doing so, generate long term sustainable economic growth and recovery for Scotland. This visit is all about establishing strong relationships with Brazil and creating the right paths for Scottish companies to successfully trade here.

“By tapping into lucrative new markets we can ensure our message is clear – Scotland is very much open for business and is ready to compete on an international level.”

Along with the United States, Brazil is the world’s leading ethanol producer and largest exporter of ethanol fuel. Brazil is also making significant progress in next generation biofuel technology such as the hydro processing of natural oils in refineries and the conversion of waste substances into ethanol.

SE and its international arm Scottish Development International, sponsored and worked with the British Embassy to organise a mission to Brazil for Edinburgh Napier University in 2009 to study the country’s success in biofuels and hosted a Brazilian delegation to Scotland a month later to further build relationships.

Other areas that offer the most possibilities for Scottish companies in Brazil include the oil and gas sector, automotive components, electronics, machinery, food and drink and chemicals. In 2009, 41 million bottles of whisky were shipped to Brazil.