It's one of the most glamorous nights of the year - Champagne GH Mumm Ladies Night at Ayr Racecourse on Saturday 6 August. 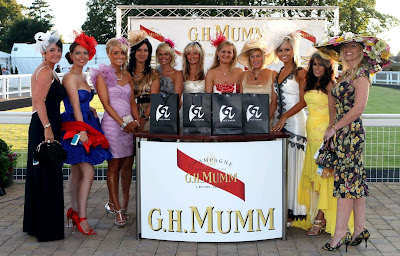 One of the top social occasions of the year, ladies glam up in glittering dresses, colourful hats and shoes and head to the track for seven races and an unbelievable night of entertainment. 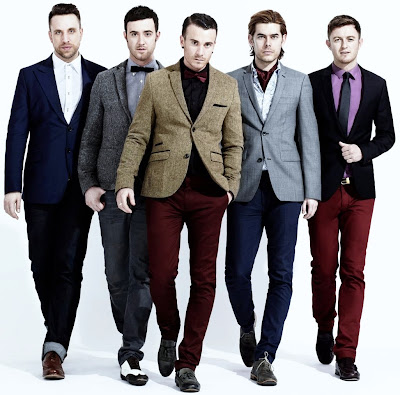 After racing the fabulous Overtones (pictured above) perform a full set of their hits including ‘Gamblin’ Man’ from their platinum selling album ‘Good Ol’ Fashioned Love’.

The Overtones have been one of the big success on the music scene in 2011 and their Ayr gig comes ahead of a full British tour later in the year.

Best dressed ladies on the night can win big by being awarded a bronze coin and a passport to Ladies Day Final on Friday 16 September. 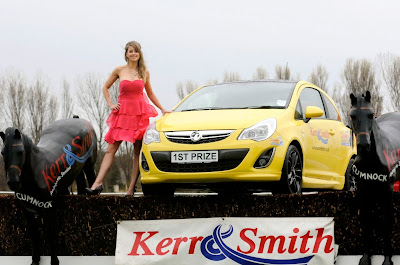 Prizes that day are simply superb - the star prize is a Vauxhall Corsa Limited Edition courtsey of Kerr & Smith (pictured above modelled by Girvan girl Amy Gould), runners up prize is a fabulous holiday to Dubai from Stewart Travel, and third prize is a piece of jewellery from designer Alex Cairncross. 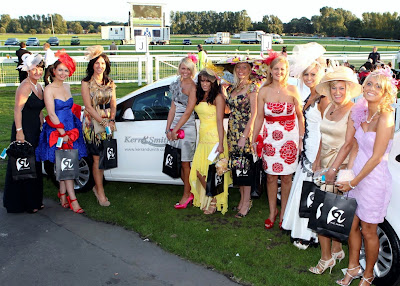 Judges will mingle with the crowd on Ladies Night and choose a number of ladies they consider to be the best dressed on the night. They will be presented with a bronze coin that guarantees them a place in Ladies Day Final when they will draw the name of a horse running in the big race that day - the William Hill Ayr Bronze Cup

First race on the night is due off at 5.40pm with the last race at 8.40pm - and then the Overtones take to the stage shortly afterwards.

In addition to the Overtones appearing on the mobile stage outside there is also an appearance in the Horseshoe Bar from Sistrum playing from after the last race until approximately 11.45pm.

Posted by Ayrshire Scotland Business News at 4:17 pm No comments:

Turnberry Resort has become the first in Scotland to launch iPad menus in its bars and restaurants as growing evidence suggests that the technology boosts sales and improves the customer experience.

The increasing popularity for iPad menus in the USA was recently picked up in London by Gordon Ramsay’s Maze Restaurant. Scotland will experience the latest technique in ordering a round for the first time at Turnberry. 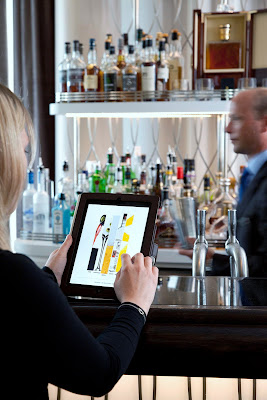 The Luxury Collection Resort has invested in ten iPads which will give guests a colourful and highly informed choice of wines, whiskies, beers and cocktails on offer in any of the resorts three bar areas.

Ralph Porciani, Director of Operations at Turnberry, commented: “We’ve seen this in the States for a while and it absolutely improves and enriches the experience of choosing from a menu. The ability to combine images, with more colourful information on background to the product, be it the wine maker or the grapes, is incredibly satisfying for guests and gives them a far more informed choice than the traditional paper menu could offer.

“As with all of these things, we’re happy to trial it and should it be successful we would consider moving it into the restaurant areas too. Personally, I believe that once this approach is available we will see growing popularity from customers and other endorsements from top end establishments in Scotland and throughout the UK.”

The news follows Turnberry’s recent launch of a range of famous golfer’s wines which will also feature on the new iPad menus. These include the personal selection from players such as John Daly, Retief Goosen and Arnold Palmer.

Posted by Ayrshire Scotland Business News at 10:35 pm No comments:

South Ayrshire Provost Winifred Sloan (left) is pictured below after officially opening the Ayr Sketch Club exhibition at the Maclaurin Galleries, Rozelle, Ayr along with Dorothy Fisher (right) the President of the club. 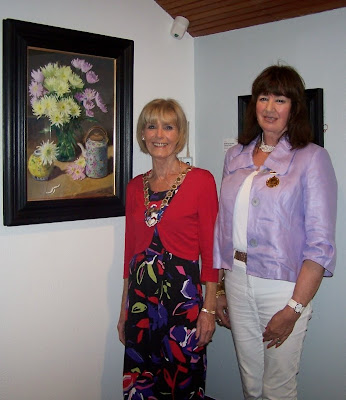 Established in 1901 Ayr Sketch Club is a group of professional and talented artists who meet together with lay members and patrons to promote the club.

The club hold lectures, slide shows, demonstration and workshops and create work for exhibitions such as the one in the Maclaurin Galleries.

Posted by Ayrshire Scotland Business News at 3:41 pm No comments:

A young commis chef, trained and working in Scotland, has been chosen by a panel of judges led by Heston Blumenthal as the Young Chef of the Year at the Academy of Culinary Arts (ACA) Annual Awards of Excellence 2011 held in London. 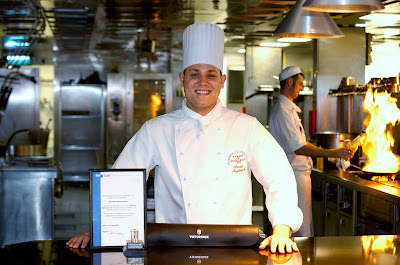 Dimitar Angelkovski (pictured above), a trainee chef at the world famous Turnberry Resort, fought off competition from some of the most admired chefs in the business from restaurants such as Le Manoir aux Quat’Saisons, The London Ritz and Claridges.

Justin Galea, Head Chef at Turnberry, commented: “We’ve always known that Dimitar and Ryan are incredibly talented guys and we’re delighted for them both to get this far. For Dimitar, this is a spectacular win against the toughest competition he will ever have seen. Dimitar has great composure in his cooking, clear technical ability and a deep passion for what he does. We’re very proud to have him part of our team at Turnberry.”

The presentation made by Heston Blumenthal, Chairman of the ACA, followed an intense period of cooking held earlier in the year. Chefs had 4.5 hours to prepare a razor clam starter using mystery ingredients, followed by venison Wellington with fondant potatoes, glazed carrots, stuffed cabbage, celeriac puree and a red wine jus, concluding with a modern interpretation of a lemon meringue dessert.

Dimitar was honoured as Best Young Chef of the year at a gala presentation at London’s Claridges, as the candidate achieving the highest marks of all the finalists who gathered from across the UK.

The news is a further boost in the growing recognition of the quality of food at the Turnberry restaurant 1906, particularly under the stewardship of Head Chef, Justin Galea. The kitchen has recently relaunched its chef’s table, a private dining space overlooking the pass which is personally hosted by the Turnberry chefs for regular groups of diners.

The Annual Awards of Excellence 2011 are judged by a panel of industry experts including John Williams MBE, Executive chef of The Ritz and Martyn Nail, Executive Chef of Claridges. The event is sponsored by the National Skills Academy for Hospitality, City & Guilds, the Savoy Educational Trust, John Lewis, Maldon Salt, G.H.Mumm Champagne, Gressingham Foods, Allens of Mayfair and the Caterer & Hotelkeeper.

Turnberry, a Luxury Collection Resort, Scotland, is a founder member of the Elite Ayrshire Business Circle.

Posted by Ayrshire Scotland Business News at 2:39 pm No comments: