Official statistics published today show continued strong employment growth in Scotland over the quarter April to June 2011, with Scottish employment increasing by 24,000 - equivalent to 96 per cent of the aggregate increase in UK employment of 25,000 over the same period. 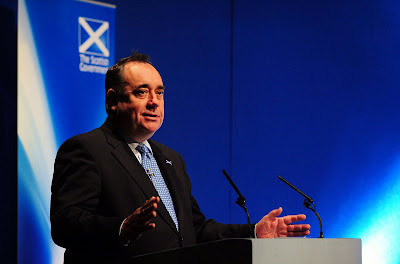 Scotland’s employment rate (for the population aged 16-64) increased by 0.6 percentage points to 71.9 per cent, while the UK rate remains unchanged at 70.7 per cent.

The figures also show that the economic inactivity rate in Scotland fell by 0.7 percentage points to 22.0 per cent over the three month period April to June. This compares to a UK rate of 23.2 per cent in the same period.

Scotland’s claimant count rate increased by 0.1 percentage point to 5.4 per cent in July - the same rate of increase as the UK as a whole.

Commenting on the labour market statistics, First Minister Alex Salmond called on the UK Government to take urgent measures to strengthen recovery, and published a three-point action plan setting out the priorities of increased capital investment, access to finance, and measures to boost economic security and consumer confidence.

First Minister Alex Salmond said: “In Scotland, the recession was both shorter and shallower compared to the UK as a whole, and the labour market figures show that 96 per cent of the UK-wide increase in aggregate employment - 24,000 of the 25,000 - has occurred in Scotland, while the 23,000 fall in economic inactivity in Scotland equates to the entire drop across the UK.

“Scotland has lower unemployment, higher employment and lower economic inactivity rates than the UK as a whole - which indicates that the measures the Scottish Government is taking to strengthen recovery and boost economic activity are working. But the rise in unemployment and the claimant count shows that more needs to be done in the key areas of capital investment, access to finance, and measures to boost economic security.

“While unemployment in Scotland fell by 15,000 over the year to June - against an increase of 32,000 across the UK - the latest figures show that there are absolutely no grounds for complacency.

“Uncertainty surrounding the global economic outlook means that we cannot rely on external factors to boost our economy, and we are setting out the action needed from the UK government to boost recovery.

“The priorities are increased capital investment to boost economic activity, access to finance to help small and medium sized businesses, and measures to boost consumer confidence and economic security.

“The action taken by the Scottish Government has had a positive impact. We accelerated capital investment at the height of the recession and over the year to March workforce construction jobs were up by 19,000, or 11.6 per cent, in Scotland - compared to a fall of 5,200, or 0.2 per cent, across the UK

“Our no compulsory redundancy policy for staff under our responsibility is helping to boost consumer confidence, and our commitment to the social wage - including the council tax freeze, no tuition fees, free prescriptions, and free concessionary travel - is giving Scots households maximum protection at a time when other bills and inflation are on a sharply rising curve.

“We now need the UK government to follow this lead and introduce an action plan to drive recovery.”

Posted by Ayrshire Scotland Business News at 4:24 pm No comments:

BDO reports business sentiment bleak across the board

Business confidence declined across the board this month as the already bleak outlook for UK companies worsened, according to the latest Business Trends report by accountants and business advisors BDO LLP. UK businesses now expect to see little economic growth over the next six months.

As last month’s Business Trends report predicted, growth has been profoundly hampered by ongoing fragility in the manufacturing sector.

The manufacturing output index – a measure of orders on hand and a good guide to manufacturing growth one quarter ahead – has fallen to 93.9, below the 95 level which indicates contraction of the industry, and the lowest since October 2009 when the economy was tentatively emerging from recession. The manufacturing optimism index – which reflects how businesspeople expect trade to develop over the next six months - has now stayed below the 95 level for two months, suggesting that manufacturing will remain mired in recessionary conditions past the turn of the year.

However, one bright spot for manufacturing employers is that wages continue to remain firmly under control, with year-on-year pay growth between March and May 2011 at 1.0%, compared with 2.1% across all sectors.

The services sector, while not declining like the manufacturing sector, has been hovering around 95 for both optimism (95.5) and output (95.3) for over a year. This points to zero growth in the sector for the rest of 2011. 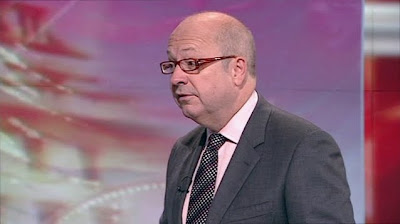 Peter Hemington, Partner, BDO LLP (pictured above) commented: “As our data has suggested for some time, the UK’s economic recovery continues to falter. The rapid decline of the manufacturing sector, championed as the key to a rebalancing of the UK economy, is alarming. And the services sector is showing little sign of picking up the slack.”

The economy’s problems are compounded by inflation; this month the BDO inflation index reached a 35-month high. Moreover, these inflationary pressures show little sign of decreasing, as double-digit price increases for electricity and gas, due to take effect in September, are likely to aggravate the situation.

Peter Hemington continued: “The Government faced some very difficult choices when it came to office and its decision to give public borrowing first priority may well have preserved the UK from getting embroiled in its very own sovereign debt crisis. Unfortunately, a key side effect of this policy was that business confidence plummeted last year and has remained low ever since. Manufacturing was one of the few bright spots, but this is now in a contractionary phase.

“One can’t pretend that it’s easy to see what the government should do next, but we should not forget that continued low growth is as substantial a medium term threat to the UK’s credit worthiness as continued high borrowing is in the short term. The need to tackle inefficiency and overspending in the public sector remains clear. In addition, we believe that a greater focus on supply side measures to improve UK competitiveness is vital. This would include simplifying and making the tax system more attractive, continued reform of labour market regulation and looking hard at ways to improve the quality of the UK’s infrastructure.

“And in the past, we have been keen to see that QE remains on the MPC’s agenda – we see no reason to change this view.”

To view a copy of the report, click here: Business Trends Report August 2011

Posted by Ayrshire Scotland Business News at 10:16 pm No comments: