Alastair Down, Alice Plunkett, Nick Luck, Simon Holt and Tom Lee will be at Scotland’s premier racecourse to present both the Morning Line and Channel 4 Racing, which features three races from Ayr including the Coral Scottish Grand National at 3.25pm. 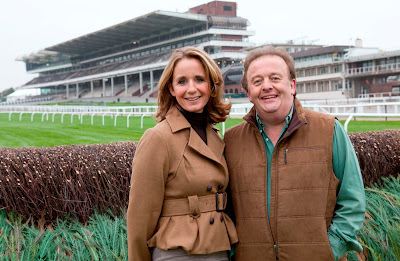 Channel 4 has broadcast horse racing for 28-years, and earlier this month secured the entire UK horseracing terrestrial rights for 2013 – 2016. This sees Aintree’s three-day John Smith’s Grand National meeting, the Investec Derby Festival from Epsom Downs, Royal Ascot and the QIPCO British Champions Day from Ascot come to the Channel. They will sit alongside long-established coverage of Cheltenham Festival, Newbury, York, Chester, Glorious Goodwood racecourses and the Flat Season QIPCO British Champions Series through a partnership that will deliver around 90 days a year of terrestrial coverage of horseracing on Channel 4.

Jamie Aitchison, Channel 4’s Sports Editor commenting on the increased Ayr coverage said: “There are 60 British racecourses, and part of Channel 4’s remit is to make sure the best are celebrated. The Coral Scottish Grand National is steeped in history with heaps of editorial stories, and we very much look forward to delivering this big event to our viewers, and to meeting Scottish racing fans that form a key part of our audience.” 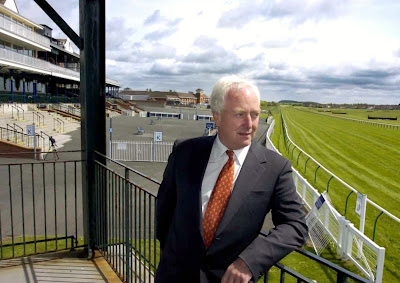 Welcoming Channel 4’s decision to make Ayr the principal meeting on 21 April, Alan Macdonald (pictured above), Chairman of Ayr Racecourse said: “Channel 4 have been broadcasting from Ayr for many years and are always welcome visitors here.

“I am delighted Jamie and his team have awarded us the principal meeting status for Coral Scottish Grand National Day, and like everyone connected with the track I am looking forward to the increased coverage this will bring.

“We are particularly happy that Nick Luck will be presenting The Morning Line live from here and it all adds to the status of this great race.”

• The Morning Line hosted by Nick Luck 7.55am