Celebrities from the world of sport and television mingled with one of the biggest crowds in living memory at a sun drenched Ayr Racecourse on Saturday 21 April. 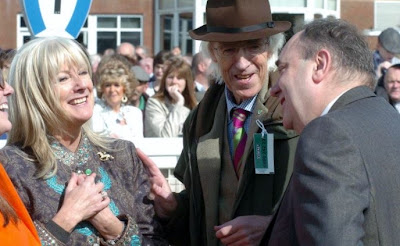 It was a day for star spotting on and off course and it was fitting that such a large attendance witnessed a historic race with Merigo winning for the second time in three years after being second in the race last year. 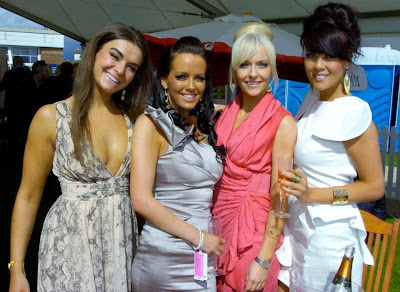 The scene was set early in the day with the stars of Channel 4's Morning Line arriving at the course shortly before 7.30 am - Nick Luck, Alice Plunkett, Alistair Down, Tom Lee and Simon Holt broadcast live from the Chancellor Carvery.

Midday came with the arrival from the skies of a helicopter containing both Sir Alex Ferguson and Bryan Robson and the buzz was building at the track by the time Alex Salmond made his way to his place in the paddock stand. 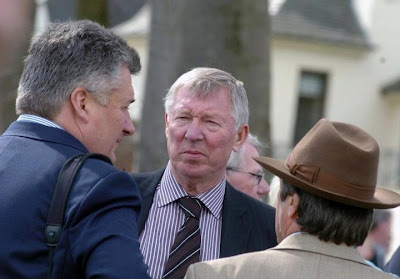 By the time the first race came the centre of the track resembled a heliport with several aircraft parked including one in the familiar yellow and green colours of Sir Trevor Hemmings the owner of Blackpool Tower.

A battalion of journalists and photographers joined the third largest crowd at the course in the last 20 years to witness a great day's racing with the highlight being a fantastic finish to the Coral Scottish Grand National.

The champagne lawns and gardens were full and crowds around the paddock were five deep as the big crowd participated in some star gazing.

On Friday a larger than normal crowd enjoyed the racing and a performance from The Human League in the Ayrshire Suite.

Ayr Racecourse's Sales and Marketing Manager Lindsey Smith said : "What a marvellous weekend - the weather held up over the two days and the crowd on Saturday was sensational.

"It was also great to welcome such high profile celebrities as Sir Alex Ferguson and Brian Robson. The 2012 Coral Scottish Grand Ntaional will go down as one of the best ever."