South Ayrshire Provost Winifred Sloan received a standing ovation as she entered the Council chamber for the final time to chair her last ever Council meeting. 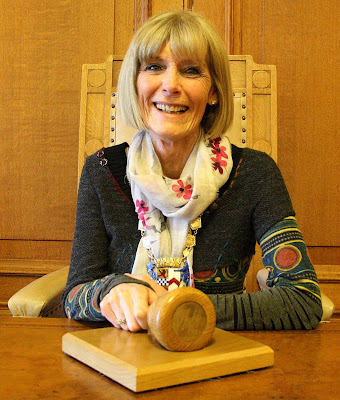 Bringing the meeting to order by banging the ceremonial gavel for the first time in her six-year tenure as Provost, she said: “It has been a real privilege to serve South Ayrshire as Provost and I’ve enjoyed every moment of the journey.

“In particular, I have wonderful memories of the people I have been lucky enough to meet during my time and I’ve enjoyed unstinting support from my fellow councillors, Chief Officers and employees at South Ayrshire Council, especially my civic team, who I know will give excellent support to the new Provost."

Provost Sloan was warmly thanked by her fellow councillors and, moved by the plaudits, she responded saying: “I am very touched by the many kind words and am especially pleased so many members in the chamber number among my closest friends.

“I’ll genuinely miss being Provost. The job has given me a unique and fascinating opportunity to meet a range of wonderful people in South Ayrshire and it’s been a real privilege to serve them.
As the Council meeting concluded, Provost Sloan advised members she had written a handbook to ease the new Provost into their role, and also revealed she is to become a grandmother later in the year." 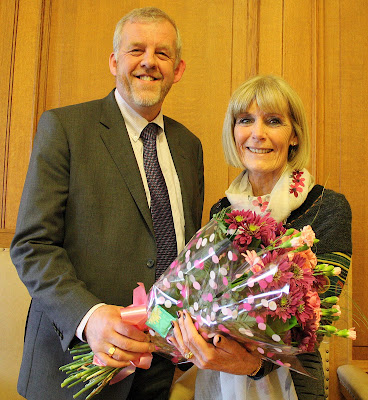 The outgoing Provost then received a bouquet of flowers from South Ayrshire Council chief executive David Anderson, who said: “The energy needed to be Provost has to be seen to be believed. Provost Sloan has been outstanding in how she has undertaken her civic duties, and would leave many of us breathless by her boundless enthusiasm, energy and commitment to the role.

“She will be greatly missed, and I know we all wish her a long and happy retirement.”