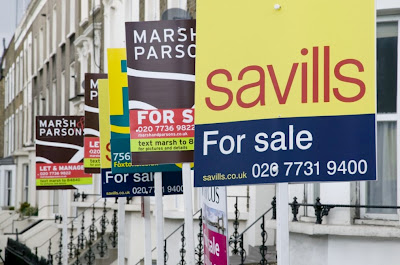 Potential buyers stayed away last month as 31 percent more chartered surveyors reported falls rather than rises in demand (from -21 percent).

This was compounded by a slight fall in prices across Scotland with 28 percent more chartered surveyors reporting falls rather than rises in prices in the area. Unsurprisingly newly agreed sales last month remained flat during July, whilst the number of new properties coming onto the market slowed as a net balance of 3 percent more chartered surveyors reported falling supply.

This fall in demand and prices, is being compounded by the ongoing difficulties many buyers are experiencing with accessing mortgage finance.

Elsewhere, prices across the UK continued to edge lower last month. 24 percent more surveyors reported falls rather than rises in prices. This reading has now been in negative territory for two years. Respondents note that a general lack of consumer confidence continues to weigh heavy on the market.

Looking ahead, surveyors across Scotland are cautiously optimistic that transaction levels should improve over the coming three months, with a net balance of 11 percent more respondents predicting rises in activity. However, unsurprisingly, a more pessimistic outlook exists for future prices, as 27 percent more surveyors expect prices to continue to fall rather than rise.
Sarah Speirs, Director RICS Scotland, commented: “Activity in the housing market failed to result in a higher level of actual transactions in July. Fewer sellers are putting their homes up for sale and the ongoing problem of accessing affordable finance is not helping and does not look set to change in the near future. If vendors want to sell their homes quickly, they will have to be realistic in their price expectations.”
RICS housing market survey is the longest running monthly survey of house prices in the UK, collecting data since January 1978. The survey is cited by the Bank of England's monetary policy committee at its monthly interest rate setting meetings.

Email ThisBlogThis!Share to TwitterShare to FacebookShare to Pinterest
Labels: RICS