By: Iain Ferguson
The Racecourse Association (RCA) has today revealed the shortlist for the RCA Showcase Awards 2012, with Ayr Racecourse nominated in the Food and Beverage and Owners’ Experience categories for their ‘introducing an extensive choice of menu throughout hospitality facilities’ and ‘improving the complimentary lunches and Owners’ Liaison’ initiatives. 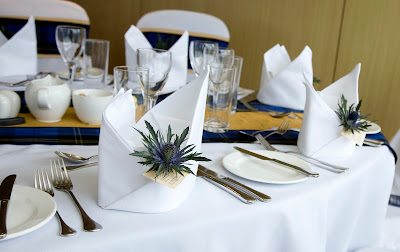 The Awards, run in conjunction with Racing for Change, celebrate excellence and innovation at racecourses across Britain, with entrants looking to wrest the overall crown from 2011 Showcase Champion, Doncaster Racecourse.
Ahead of the Showcase Seminar and Awards, which will be held at York Racecourse on Thursday 22 November, entries in each of the seven categories  have been whittled down by an independent panel of judges.
Ayr Racecourse sales and marketing manager Lindsey Smith commented: “The RCA Showcase Awards are the Oscars of the racing industry, and we are excited to have been shortlisted in two categories.
“We are proud of our commitment to owners and trainers in providing them with the best possible racecourse experience. We also take pride in our hospitality packages, and to have been recognised in both these fields is a major boost to the team at Ayr.”
RCA Chairman Ian Barlow commented: “Once again the independent judging panel has had the difficult task of whittling down a record number of entries to produce a shortlist from which I can see a number of fantastic initiatives. I very much look forward to the evening at York Racecourse and learning more about the innovation that racecourses have been exhibiting.”
The Awards follow on from a daytime programme of seminars and idea sharing where racecourses will be looking to share best practice and good ideas in improving the raceday experience. Guest speakers on the day include Jamie Aitchison of Channel 4 and Michael Caufield of Sporting Edge.
One winning initiative from each category will be announced on the night at the Showcase Awards, with the Showcase Champion 2012 (awarded for overall achievement across various categories) announced at the end of the evening.
In addition, the RCA has been running a competition in conjunction with the Racing Post on Facebook and Twitter asking their readers and followers to suggest initiatives to improve the raceday experience.  Entries can be viewed online at the www.twitter.com/RCAShowcase
For more information, please contact  Iain Ferguson at  Ayr Racecourse on 01292 294972 or Sam Cone at the RCA on 01344 626067.
Ayr Racecourse and the associated Western House Hotel are Founder Members of the Elite Ayrshire Business Circle.