Clock is ticking to get Scotland building

Ahead of next week’s Budget statement, RICS has today prompted the government to act on its promises and deliver the funds needed to boost the housing market and provide the infrastructure that the UK badly needs. 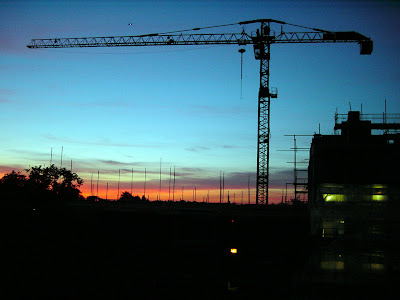 The impact of December’s Autumn Statement and the additional finance made available for capital building and infrastructure projects in Scotland has yet to bear fruit and create much needed growth.
It seems that insufficient capital is getting through to developers and contractors, and RICS is concerned that unless funds are released more quickly, the construction sector will continue to stagnate. An increase in development projects would increase housing stock, create jobs and deliver growth across the country.
Furthermore, the UK government’s Funding for Lending scheme – designed to allow buyers to borrow at affordable levels – is already having an impact on the market, and RICS is confident that a further release of funds could assist more would-be homeowners and small businesses and prevent prolonged market stagnation.
In the forthcoming Budget RICS would also like to see:
• A greater level of investment needs to be redirected to the maintenance of existing infrastructure such as roads and rail. This can deliver growth more quickly and make a greater economic impact than large scale infrastructure projects such as HS2 and the Edinburgh-Glasgow HSR.
• Greater clarity from the UK government as to where and how businesses can apply for financial support. Access to finance is key for property and construction businesses to speculatively develop.
• A commitment to visibly promote public sector construction contracts, meaning that more smaller firms across the UK are aware of projects and able to directly bid for work.
Sarah Speirs, Director RICS Scotland, commented: “Looking forward, the UK Government must now deliver at all costs. We have seen promises of funding and cheaper borrowing, however, we now need to see evidence that it’s actually getting through to the firms and projects that need it. There is cross-sector consensus that for every pound invested in construction at least one pound sixty of benefits is returned to the wider Scottish economy. If Scotland is to build its way out of the economic slump, ongoing investment in construction will be crucial.
“Additionally, the UK government needs to release more capital to give the Scottish Government the potential to boost the market through allowing would-be homebuyers and small businesses to enter the market. Despite some cautious signs of positivity in the market the lack of finance availability is still a major barrier to growth.”
About RICS
RICS is the world’s leading qualification when it comes to professional standards in land, property and construction.
In a world where more and more people, governments, banks and commercial organisations demand greater certainty of professional standards and ethics, attaining RICS status is the recognised mark of property professionalism.
Over 100,000 property professionals working in the major established and emerging economies of the world have already recognised the importance of securing RICS status by becoming members.
RICS is an independent professional body originally established in the UK by Royal Charter. Since 1868, RICS has been committed to setting and upholding the highest standards of excellence and integrity – providing impartial, authoritative advice on key issues affecting businesses and society.

RICS is a regulator of both its individual members and firms enabling it to maintain the highest standards and providing the basis for unparalleled client confidence in the sector.