Get set for Weekend in the Park with new-look Burns an’ a’ that! Festival

A new look, a new location and a line-up of Scottish stars are on offer this year for the Burns an’ a’ that! Festival 2013, with live music, visual and performance art, and family entertainment galore from Friday 24 to Sunday 26 May 2013. 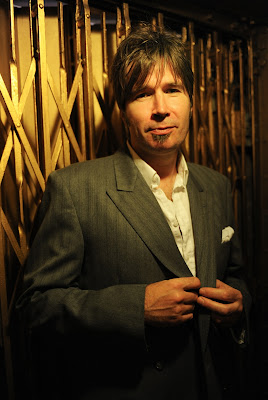 Former Del Amitri frontman turned singer/songwriter Justin Currie (pictured above), 80s favourites The Bluebells and upcoming Scottish singer songwriter Rachel Sermanni will all be taking to the stage as headline acts in a brand-new live music tent at Belleisle Park in Ayr as Burns an’ a’ that! celebrates its twelfth anniversary.
The Festival – which is supported by South Ayrshire Council and VisitScotland – is an annual tribute to Scotland’s internationally acclaimed poet Robert Burns, celebrating the best of Scottish talent. This year it also forms part of The Year of Natural Scotland.
The 2013 festivities kick off with Festival Friday in Ayr town centre, where you can find out all about the weekend ahead and get a taste for some of the treats on offer. On Festival Friday, there’s the chance to meet Buzzbeak – a giant interactive bird made entirely from Landrover parts – and craft workshops where you can weave your own willow heart. At night time, there are various entertainment options including Burns an’ a’ that! live music in Wellingtons Bar and Alloway Ghost Walks.
The festival then heads to the picturesque setting of Belleisle Park for the brand new ‘Weekend in the Park’ on Saturday 25 and Sunday 26 May with the live music tent, a fairground, arts and crafts market, outdoor arts and performances – and much, much more.
The best of Ayrshire food will also be on offer, with Stobbs the Baker providing delicious hot and cold bakery products, Costley & Costley providing the festival bar plus an exciting range of ice-cream and chocolates and food offering a unique Scottish twist on takeaway tapas.
The Saturday live music line-up – which is completely free – kicks off at 1pm and lasts right through until 10pm. The packed programme includes sets from Rose Parade, with their own mixture of folk, punk, indie and blues to establish a unique and exciting new sound; Taylor and Leigh's blend of Nu-Folk-Country Blues; the “delicate and beautifully endearing” SIIGA, whose album ‘The Sea and the Mirror’ was recently named Album of the Week by BBC Radio Scotland; Celtic band Sketch, who perform traditional music for the 21st century; Ayrshire’s own Little Fire, who won the Best Acoustic category at the Scottish Alternative Music Awards 2013; and finishing off with 80s favourites The Bluebells (pictured below) who are best known for their hits ‘Young at Heart’, ‘I’m Falling’ and ‘Cath’ and were honoured with the Tartan Clef award for songwriting in 2011. 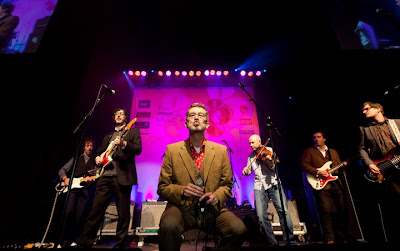 The Sunday 1-5pm music line up is also free and features a 60s and 70s vibe from The New Piccadillys that should not be missed, indie pop from Pronto Mama and a swing jazz sound from Rose Room.
The 2013 Burns an’ a’that! Festival concludes with the Finale gig starring Justin Currie of Del Amitri, supported by Scottish singer songwriter Rachel Sermanni (pictured below). Justin played at one of the early Burns an’ a’ that! Festivals and his set is sure to be one not to be missed. 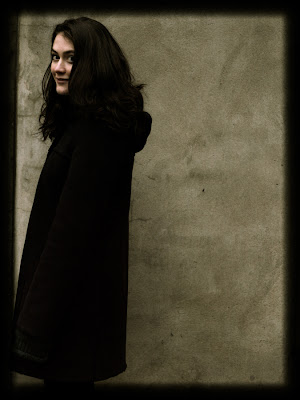 Tickets for this gig are £15 and can be purchased from Ayr Town Hall, on Ticketweb at www.ticketweb.co.uk or by calling 01292 269793/617660.
As well as the live music events, the Burns an’ a’ that! programme also boasts a thriving and broad ranging fringe programme throughout the month of May, with something for everyone.
Full details can be found at www.burnsfestival.com
Burns an’ a’ that! Festival
The Burns an' a' that! Festival is at the core of an annual events and festivals programme that includes Alloway 1759, a unique commemoration of the birthplace and life of Robert Burns, that takes place around his birthday in January each year.
It has also encouraged and developed a fringe programme of events from comedy to culture, food and drink to fun and games, visual and performance arts plus many more activities for adults and children alike. Over the years the Burns an’ a’ that! Festival has played host to a number of stars including Jools Holland, Katherine Jenkins, Julian Cope, Frankie Boyle and Status Quo, to name but a few.
From its original home of Ayr Town Hall, the festival then travelled outdoors to Wellington Square Gardens and, for years, delighted audiences at open air concerts and in the visually stunning spiegeltent. Other grand venues also became centre stage for the festival including gala concerts at Culzean Castle and Turnberry and the memorable Rock at the Racecourse.
Burns an' a' that! Festival continues to be supported by South Ayrshire Council and Visit Scotland as a major festival date in Scotland's event calendar.
In 2013, the Burns an’ a’ that! Festival is proud to work in association with UZ Arts, a Scottish charity that develops, commissions, produces and distributes the work of artists in all art forms. Building on a history of producing festivals and events in a wide range of territories, UZ supports innovators across art forms, across borders and outside conventional venues.
The last twelve years have seen many changes but the heart of the Festival will always be about our very own Robert Burns – an inspiration to millions worldwide we are proud to celebrate the man, his music, his legacy.
South Ayrshire Council is a Founder Member of the Elite Ayrshire Business Circle.

Email ThisBlogThis!Share to TwitterShare to FacebookShare to Pinterest
Labels: Belleisle Park, Burns an a that Festival