The Scottish housing market appears to have finally turned a corner as prices and demand continue to grow, says the latest RICS Residential Market Survey. 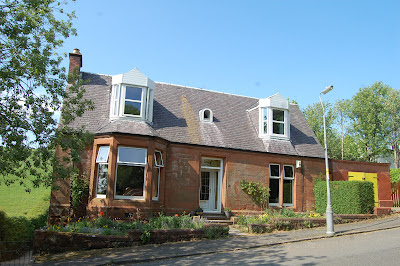 During July, the amount of potential buyers looking to enter the market saw a considerable rise, as a net balance of 52 percent more chartered surveyors reported increases in demand. Since the start of the year, buyers have gradually been returning to test the market – thanks in part to government finance initiatives – yet the amount of would-be buyers during the last three months has witnessed a sizable peak.

Consequentially, prices continued to increase in Scotland for the second consecutive month, with a net balance of 39 percent more chartered surveyors reporting a rise in prices. Notably, price rises were not only confined to Scotland, with the majority of the UK seeing growth as we enter the end of the summer period.

Looking ahead, it seems that prices across the country are going to continue to rise, with a net balance of 29 percent more Scottish surveyors predicting increases over the next three months and 56 percent more over the next year. Meanwhile, transaction levels are also expected to grow, as 60 percent more respondents expect sales to rise rather than fall.

Sarah Speirs, Director RICS Scotland, said: “These results are great news for the property market as it looks like at long last a recovery could be around the corner. Growth in expected transactions and prices have been happening in some parts of the country since the beginning of the year but this is the first time that everywhere has experienced some improvement. In particular, it is encouraging that our results suggest greater availability of mortgages for first-time buyers in Scotland is being accompanied by higher loan to value ratios.”

In tandem with rising buyer confidence, the number of potential sellers looking to test the market and place their homes up for sale remained solid. Last month, 24 percent more respondents reported rises rather than falls in new instructions. This reading has now been in positive territory since October 2012.

Ian J Fergusson BSc FRICS, J&E Shepherd, commented: “June saw a flurry of activity in the Home Report market with customers getting organised to place their home on the market before the summer holiday slow down. Sales have similarly been up, reflected in the number of replacement Home Reports provided.”

Over 100 000 property professionals working in the major established and emerging economies of the world have already recognised the importance of securing RICS status by becoming members.