Turnberry’s famous Ailsa course has been announced as the venue for the 2015 Ricoh Women’s British Open for only the second time in the Championship’s history. 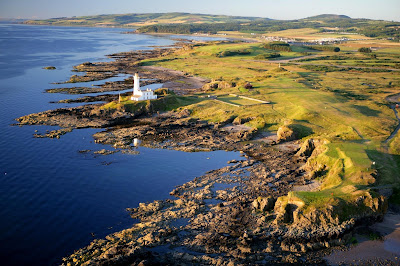 Turnberry, the Luxury Collection Resort in Ayrshire and host of the Open Championship on four occasions, was the scene of the Women’s British Open Championship in 2002 when Australia’s Karrie Webb won this prestigious title for a third time. The stunning location of the Ailsa course makes Turnberry one of the most scenic golf destinations in the world.

A top-quality links, the Ailsa course was the scene of the 1977 Open Championship and provided the stage for the famous ‘Duel in the Sun’. In brilliant sunshine, Jack Nicklaus and Tom Watson went head-to-head over the final two days, with Watson eventually finishing a shot clear of his rival — and 11 shots ahead of the rest of the field. Turnberry also hosted the Open in 1986 (Greg Norman) 1994 (Nick Price) and more recently in 2009 (Stewart Cink).

Webb’s triumph at Turnberry in 2002 saw her open with a stunning first round 66 and close the tournament out with the same score. She came from three strokes back in the final round to clinch victory with a flawless final round over the Ailsa Course. In winning, she became the first player to win the Championship three times.

Webb, who has won over 50 international titles in her illustrious career including seven Major titles and is currently ranked World Number 6 on the Official Rolex Rankings, commented: “I am really pleased to hear that the Ricoh Women’s British Open will be returning to Turnberry. I have wonderful memories of winning the 2002 Championship and I can’t wait to return in 2015. Turnberry is one of the best courses I have played so I hope I can continue on from where I left off in 2002!

Webb continued: “All the players enjoyed the experience of competing on the famous Ailsa course last time round so I think this news will be very enthusiastically received by everyone.”

Shona Malcolm, the LGU’s CEO said: “We are delighted to be returning to Turnberry which has welcomed the Championship back with great enthusiasm. This decision continues the Championship Committee’s commitment to ensuring that the world’s best women players showcase their talents on the world’s best golf courses in years to come. As the history books show, Turnberry provides a wonderful stage for Major golf and I am sure we will see another dramatic Championship in 2015. We are grateful to EventScotland for its continued support and to South Ayrshire Council for recognising the value to business and tourism in hosting a Championship of this quality.” 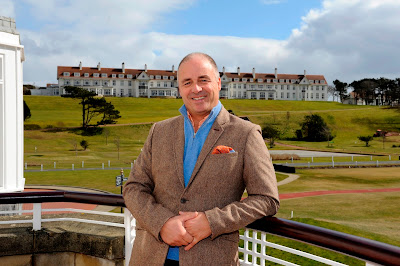 Jordi Tarrida (pictured above), General Manager, Turnberry Resort, added: “We are very proud of our reputation as one of the world’s most renowned golf resorts and our history as a Major Championship venue. Hosting the Women’s British Open in 2002 was a fantastic experience so we are delighted to be working once again with the LGU and IMG and bringing the 2015 Championship back to Turnberry.”

Paul Bush, chief operating officer of EventScotland added: “It has long been our desire to see the Ricoh Women’s British Open Championship played one some of Scotland’s best and most iconic courses and Turnberry undoubtedly falls into that category. Scotland is the Home of Golf and it is fitting that one of the most prestigious titles in women’s golf will return again in 2015, allowing us to showcase our unrivalled golf tourism credentials to the world. The LGU, IMG and Ricoh have done a fantastic job in growing the event since we began our partnership with them back in 2010 and everyone in Scotland is looking forward to welcoming the players, media and guests to Scotland in 2015.”

Councillor Bill McIntosh (pictured above), Leader of South Ayrshire Council concluded: “Ayrshire lends itself to providing golf courses to meet the needs of all levels of golfers including world class professionals. South Ayrshire has a unique and historic place on the international golfing map, with two current Open championship courses, as well as being the home of Open championship golf, having staged the first ever event at Prestwick in 1860.  We are delighted to be the destination partner for the Ricoh Women’s British Open in 2015 at Turnberry’s Ailsa course and look forward to welcoming the players, officials and spectators to what, I know will be another fabulous staging of this wonderful championship. It will provide a further opportunity to showcase globally the great golf tourism destination we have here in Ayrshire and Arran, and bring a boost to our local economy. We are committed to providing support for this golf tournament and ones in the future.”

Prior to Turnberry, The Royal Birkdale Golf Club will host its sixth Women’s British Open in 2014, continuing a strong association with the event that goes back to 1982 when Marta Figueras-Dotti took home the coveted title. The Championship returned in 1986 when England’s Laura Davies triumphed. Sophie Gustafson won in 2000 and five years later Korea’s Jeong Jang claimed her first professional victory by defeating Gustafson and another Korean, Young Kim, by four shots on 16-under par 272. In 2010 Yani Tseng, Number One on the Rolex Rankings, came out on top.

The 2014 Ricoh Women’s British Open will be played 10 – 13 July and is showcased, as always, on BBC Television and around the world.

The Ricoh Women’s British Open was founded by the LGU in 1976 and is staged in conjunction with IMG, the world’s largest sports marketing company. The event has been co-sanctioned by the LPGA and LET since 1994 and gained Major status in 2001.

Ricoh, the leading technology provider of Managed Document Services and Production Printing, has been the title sponsor of the Ricoh Women’s British Open since 2007.