Mr Yousaf will depart on 10 October as the Commonwealth Games Queen’s Baton Relay starts its 288-day journey around all 71 nations and territories of the Commonwealth. The Baton’s first destination will be New Delhi. 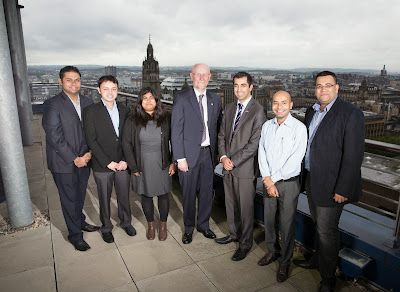 The Minister will undertake several business, cultural and diplomatic engagements during his six-day visit to New Delhi and Mumbai. He will meet representatives of government as well as existing and potential investors across a range of sectors.

Mr Yousaf will also host or attend events to promote Scotland as a place to study, visit, live, work and do business. His programme includes engagements designed to promote Scotland’s unique higher education system in India, and to learn more about the crucial impact of the Scottish Government’s International Development Fund on some of the country’s poorest communities.

In preparation for the visit, Mr Yousaf today met with Indian students at the University of Strathclyde, some of who have been supported to study in Scotland through the Scottish Government’s Saltire Scholarship programme. His meeting follows publication of the Times Higher World Universities Ranking which puts five Scottish universities in the world’s top 200.

Speaking from Strathclyde University, Mr Yousaf said: “Our relationship with India is very important to Scotland. As one of the world’s fastest expanding economies and an important investor in Scotland - providing around 3,200 Scottish jobs - India is a major priority for our overseas engagement.

“Our links with India are already strong and this Government’s ambition is to further strengthen our existing links – by securing new inward investment, encouraging more students to enrol at our universities, and enticing more tourists to visit Scotland.

“The whole country is gearing up for 2014 – when Scotland welcomes the world to what will be the greatest Games ever. The Scottish Government is determined to capitalise on the economic opportunities of the Games to leave a lasting legacy for Scotland.

“Next summer Glasgow takes centre stage and by capitalising on the excitement and momentum around the Games and through events such as the Queen’s Baton Relay, we can showcase to the Commonwealth why Scotland is a great country in which to live, study, work, invest and also to visit.”