"Hang on a minute lads. I got a great idea." 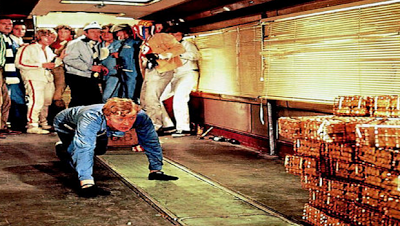 “Hang on a minute lads. I got a great idea. Let’s go to Ayr Spice Minishant Restaurant for one of Mafiz Ali’s magnificent curries. Someone telephone 01292 441413 and book us a table.” 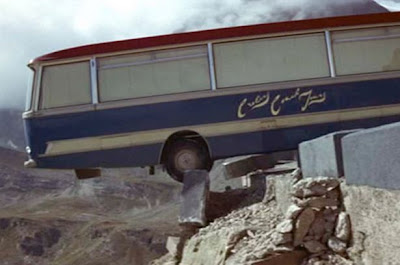 ﻿
Posted by Ayrshire Scotland Business News at 12:26 pm No comments:

Scottish Equestrian TV recently visited Ayr Racecourse and asked Iain about his role there and about the course.

Posted by Ayrshire Scotland Business News at 3:59 pm No comments:

New format Burns an’ a’ That! Festival draws huge crowds to Belleisle

Superb crowds, family fun, excellent entertainment, beautiful weather – and a finale gig that would have had Burns himself dancing in the aisles! 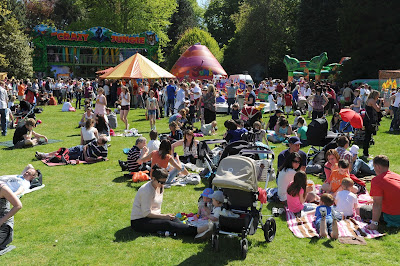 That’s the story from this year’s Burns an’ a’ That! Festival 2013, where a new look – and a fantastic line-up of Scottish stars – proved to be a real crowd puller, offering live music, visual and performance art, and fantastic family fun during the successful three-day event.

The Festival, supported by South Ayrshire Council and VisitScotland – is an annual tribute to Scotland’s internationally acclaimed poet Robert Burns and celebrates the best of Scottish talent. This year it also formed part of The Year of Natural Scotland. 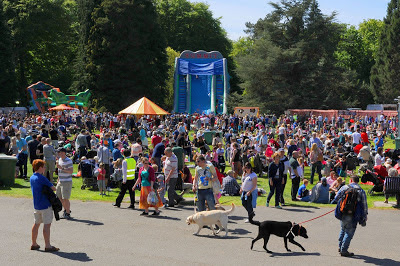 Speaking after the festival, Councillor Bill Grant, South Ayrshire Council’s Portfolio Holder for Enterprise, Tourism and Leisure said: “This year’s new festival format has proved to be very successful, and the crowds in Belleisle Park were absolutely fantastic.

“Widening the attractions we offered to include family activities, fun for children and a host of craft, cultural and artistic events brought more people into the spirit of the festival, and I’ve no doubt Burns himself would have loved every minute of it!” 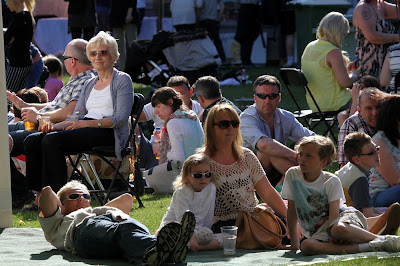 Burns an’ a’ That! kicked off with Festival Friday in Ayr town centre, with Buzzbeak, a giant interactive bird made entirely from Landrover parts, meeting residents and visitors. The willow weaving workshop was kept busy and live music at the Wellington Bar helped take the shivers off those who had completed the Alloway Ghost walk!

A packed Belleisle Park hosted the new ‘Weekend in the Park’ on Saturday 25 and Sunday 26 May and presented a holiday atmosphere with families picnicking in the grounds, a live music tent, a fairground, arts and crafts market, outdoor arts and performances – and much, much more – all enjoyed by hundreds of visitors, many of whom were new to the Burns an’ a’ That! Festival. 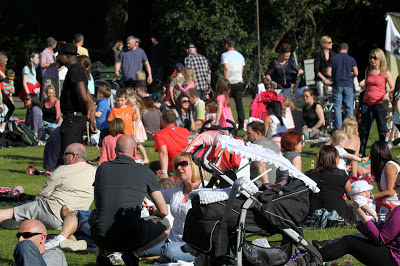 The mouthwatering attractions were complemented with delicious food offerings from Costley & Costley and a tapas treat from Foood, helping to tickle the tastebuds and get appetites ready for the live music in the tent, which off at lunchtime.

A packed programme included s sets from Rose Parade; Taylor and Leigh; SIIGA; Sketch and was headlined by the ever-popular 80s band The Bluebells who receive a rapturous South Ayrshire welcome. 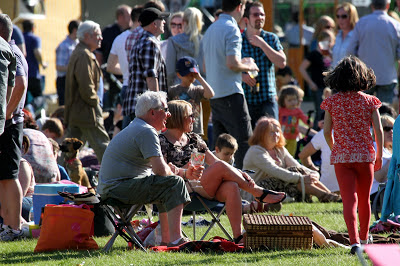 Councillor Grant concluded: “This year’s Burns an’a’ That! Festival was the best yet and offered an excellent mix of top class music, events and attractions with families in mind. 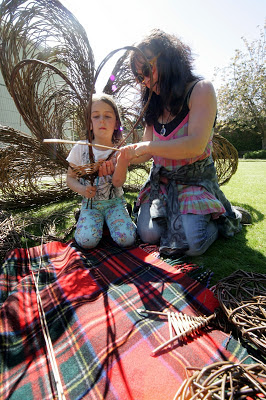 “Best of all, most if was free and it has helped elevate the Burns an’ a’ That! Festival still further – from a superb annual tribute to our national Bard – to an absolute must visit weekend in the national Scottish event calendar!”

Posted by Ayrshire Scotland Business News at 5:59 pm No comments:

A thousand new training and volunteering places are to be made available to young unemployed Scots to help them gain valuable employment skills and work experience as part of the 2014 Commonwealth Games Legacy programme.
Scotland’s Best – backed by £2.4 million from the Scottish Government’s Legacy 2014 Young Person’s Fund – will see 1,000 jobless Scots, aged 16-24, offered a place on a part-time employability programme. Many of the volunteering opportunities will be at sporting and cultural events such as the World Pipe Band Championship, the Gymnastics World Cup and Celtic Connections.

Alex Salmond launched the programme during a Scottish Apprenticeship Week visit to the Glasgow Emirates Arena just days after official statistics revealed Scotland had seen the largest quarterly rise in employment on record, with 54,000 more people in work in this country in the three month period to March 2013 and a 7,000 drop in unemployment.
The First Minister said the Scotland’s Best programme would help Scottish Government efforts to build on “extremely encouraging” progress on youth unemployment, with the number of jobless young people down 6.4 percentage points over the year to January-March 2013 and a 4.3 percentage point increase in youth employment.
Mr Salmond spoke as he met construction apprentices involved in building the East-End venue and a number of sports-related modern apprentices now working in the community.
The Scotland’s Best programme, which will give participants a qualification at SCQF level 4, will be administered by Skills Development Scotland and delivered by five training providers: Barnardo’s, Action for Children, the Princes Trust, Volunteer Development Scotland and Jobs and Business Glasgow.
The First Minister said: “The Scotland’s Best programme is a terrific opportunity, which will see one thousand unemployed young people up and down the country given the chance to gain valuable skills, experience and qualifications as part of this country’s 2014 Commonwealth Games legacy.
“Not only will these 1,000 young Scots get the chance to volunteer in some globally-prominent sporting and cultural events, they will be making active progress on their own futures – undergoing training that will help them get, stay or progress in education or employment.
“Scotland’s Best will build on the extremely encouraging progress we are making on youth unemployment, with official statistics released last week demonstrating that the number of jobless young people in Scotland is continuing to fall and the number entering employment is rising.  The Scottish Government is working hard to get our young people into work and initiatives such as this will help them gain the valuable skills that employers want to see.
“Glasgow 2014 promises to be a fantastic sporting spectacle, but it will be much more than that. As well as the regenerative benefits to Scotland symbolised by this magnificent sporting venue, initiative such as our Legacy 2014 Young Person’s Fund are offering lifelong work opportunities for the next generation, giving them the start they need to get going on a successful career.”
Mr Salmond continued: “Scotland’s Best shows just how valuable it is to have a range of opportunities for our young people to help each and every one of them fulfil their potential. During this Scottish Apprenticeships Week, we have already seen dozens of new modern apprenticeship positions announced for young Scots – and having met several modern apprentices today, I know just how transformative those opportunities are.
“Other routes such as training, employment and education are all vital ways to make sure our young people make the most of their skills and talents to create productive futures for themselves and their communities.”
Skills Development Scotland’s operations director Danny Logue said: “Scotland’s Best is a great way to combine training and volunteering to help young people get the skills and experience they need for the workplace.
“Working to similar principles as our other employability programmes, it makes sense to maximise the many volunteering opportunities coming up in Scotland over the next two years to help young people get their foot on the career ladder.”

﻿
Posted by Ayrshire Scotland Business News at 4:05 pm No comments: