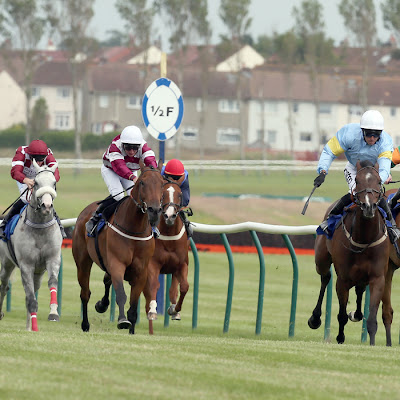 The superbly named Goninodaethat (7/1) pictured above (left, white cap) landed the BetVictor Open Championship 8 Places Exclusive Handicap under a great Graham Lee ride, and in the last race, the apprentice handicap, Jim had a 1-2 with Grand Diamond (5/1) ridden by Jordan Nason winning by half a length from 20/1 shot Altnaharra.

Racing returns to Ayr on Monday (22 July) with Summer Sizzler Raceday, with the first race due off at 2.30pm. Feature race is the Luke Currie Memorial Handicap at 4.45pm.

Posted by Ayrshire Scotland Business News at 2:42 pm No comments: 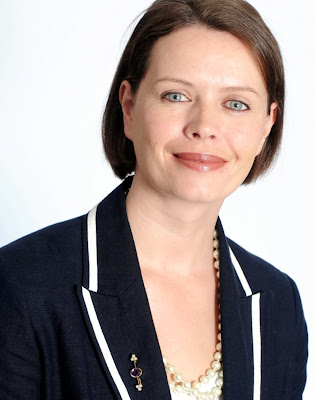 This rise in prices has mainly been fuelled by increasing numbers of prospective buyers returning to the market. Last month, a net balance of 59 per cent more chartered surveyors reported a rise in new buyer enquiries. Reflecting recent optimism in the Scottish housing market, 68 per cent of chartered surveyors reported a rise in newly agreed sales in June.

Despite the increasing appetite to purchase property and the added support to do so, the rental market continues to be important in providing housing. Overall demand for rented property rose slightly during June, to a net balance of 25 per cent (from 23 per cent).

Sarah Speirs, Director RICS Scotland, commented: “We are finally starting to see what looks like the beginning of a recovery in the housing market, with a rise in newly agreed sales. It is important to remember that activity levels still remain depressed by historic standards but the various initiatives designed to encourage the provision of finance into the market do appear to be paying dividends.

“Despite the continued interest in buying a property, figures continue to show that demand from would-be tenants remains firm, and that rents are likely to continue to edge upwards over the next twelve months. As the cost of shelter moves higher, it is important that the Scottish Government support the delivery of more new homes into the market and introduces further regulation to protect the growing private rented sector.”

Peter McEachran FRICS, Graham & Sibbald, Renfrewshire, commented: “There are distinct signs of an improvement in market conditions. Houses are now selling within three months of going on the market, some with closing dates. The general mood is more optimistic than before, and this bodes well for the rest of the year.

Posted by Ayrshire Scotland Business News at 8:44 pm No comments: