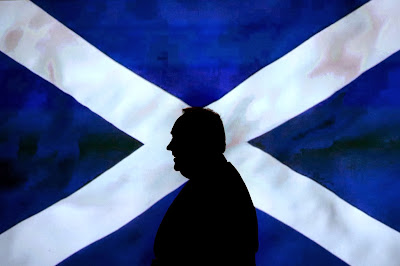 Today’s National Statistics estimates published by the Scottish Government show the economy growing over six consecutive quarters with an acceleration in the rate of growth over this period.

The period July to September, total output in the economy grew by 0.7 per cent. On an annual basis, GDP grew by 2.1 per cent compared to the same quarter in 2012.

“Growth in Scotland’s economy has increased and strengthened over the last eighteen months and this Scottish Government will continue to support growth in key areas to boost Scotland’s success.

“It is positive to see that progress has been made in our three major sectors with construction, production and services industries all posting growth. The increase in continued growth in these sectors ensures that we can continue to help build sustainable economic growth for Scotland which will strengthen our economy and create jobs.

“The emerging picture from recent business surveys also support our confidence in the recovery.

“There will be no let-up in the Scottish Government’s commitment to securing economic growth. While Eurozone conditions remain challenging for Scotland’s exports we continue to work closely with Scottish Development International, Scottish Enterprise and Highlands and Islands Enterprise to support companies to expand and reach out to new and emerging markets.

“As ‘Scotland’s Future’ outlines, it is only with the full powers of independence that we can build a wealthier, fairer and economically sustainable Scotland ensuring that everyone benefits from our natural wealth and talent.”