A £1.7 million funding package to support jobs and regeneration in Irvine and the surrounding area was announced by First Minister Alex Salmond as the Scottish Government Cabinet met in Irvine yesterday.

The funds are in addition to £7.5 million investment announced by oil and gas service company Howco Group plc to expand its Irvine premises and create 67 new jobs.

Local projects which will receive a share of the £1.7 million regeneration funding include:

• £1.6 million to Irvine Bay Regeneration Company to support investment and infrastructure improvements to encourage more business to the Enterprise Area

• This funding will also support Irvine Bay’s plans to install a big screen in the Bridgegate area to celebrate events such as the Commonwealth Games and contribute to the continued regeneration of the town centre. It will be owned by the people of Irvine with the content, such as local advertising, films, children and family programming, music, interactive games and major events, driven by the community with support from local schools and colleges. Running costs will be paid for through advertising revenue

• £25,000 investment in the Vineburgh Community Centre which provides support applying for jobs, accessing learning opportunities and benefits for those affected by welfare reform. It’s also at the heart of a food bank network and helps promote healthy eating and fitness for all ages. The funding will allow the centre to be a model for other community organisations across North Ayrshire

• More than £50,000 for Irvine Bay Gymnastics Club to expand to Kilwinning, set up early years classes and encourage more people to take up the sport. The club, founded by local parents, started out with just 12 members and now has more than 600. It has trained national champions and also offers diversionary activities for young people

• £84,000 for equipment to allow Irvine Beat FM out and about in the community. The local station is run by volunteers and provides training for work, health and cultural activities. The company will also help train 40 young volunteers. 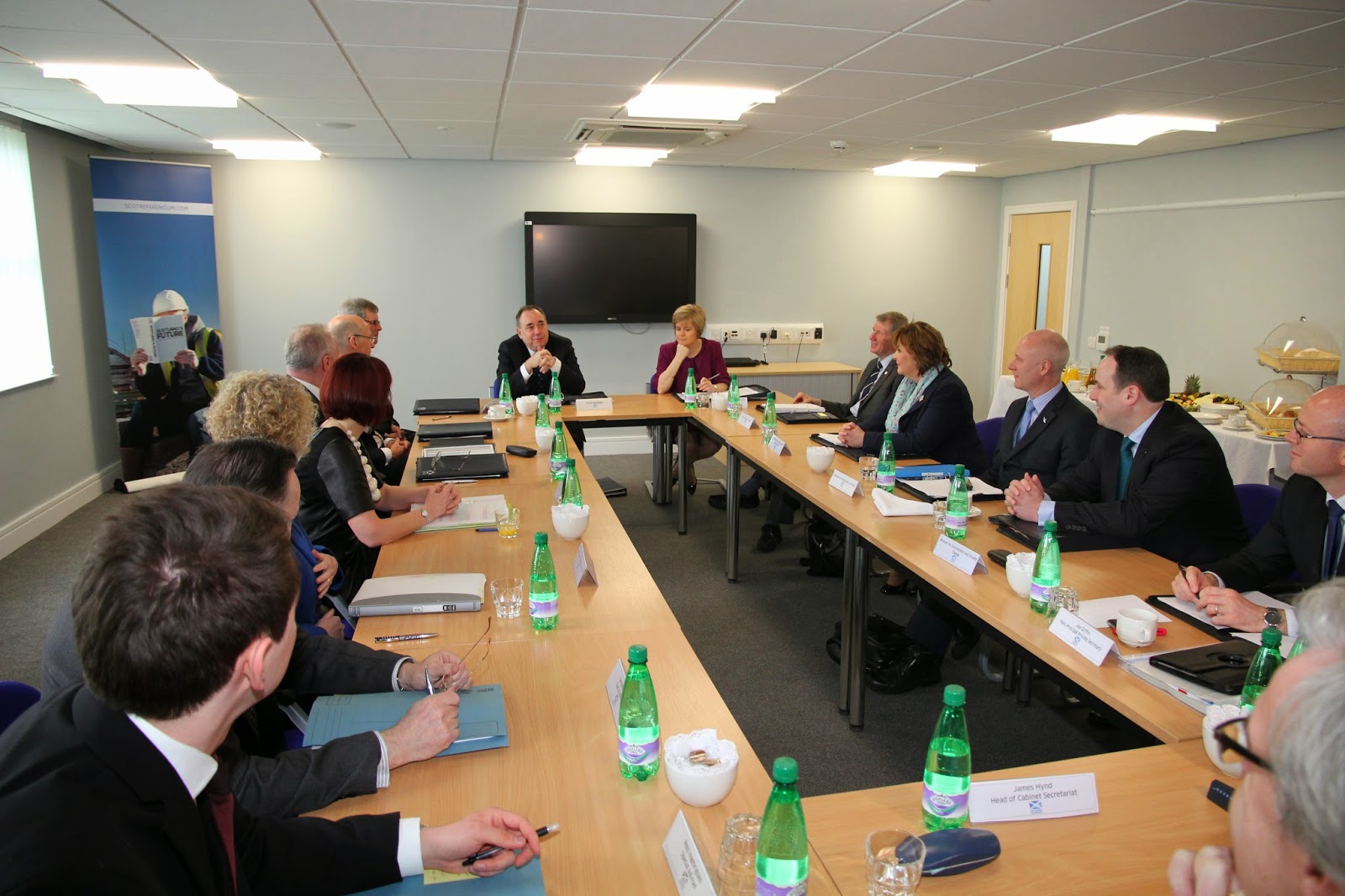 The First Minister made the announcements during the third in a series of public discussion events designed to allow communities across Scotland to quiz ministers on Scotland’s Future – your guide to an independent Scotland.

The regeneration cash builds on investment and employment announcements in the area over the last two years:

• i3, Irvine’s Enterprise area, has attracted seven new life sciences business to the area, supporting at least 141 jobs with an overall target of 1,500 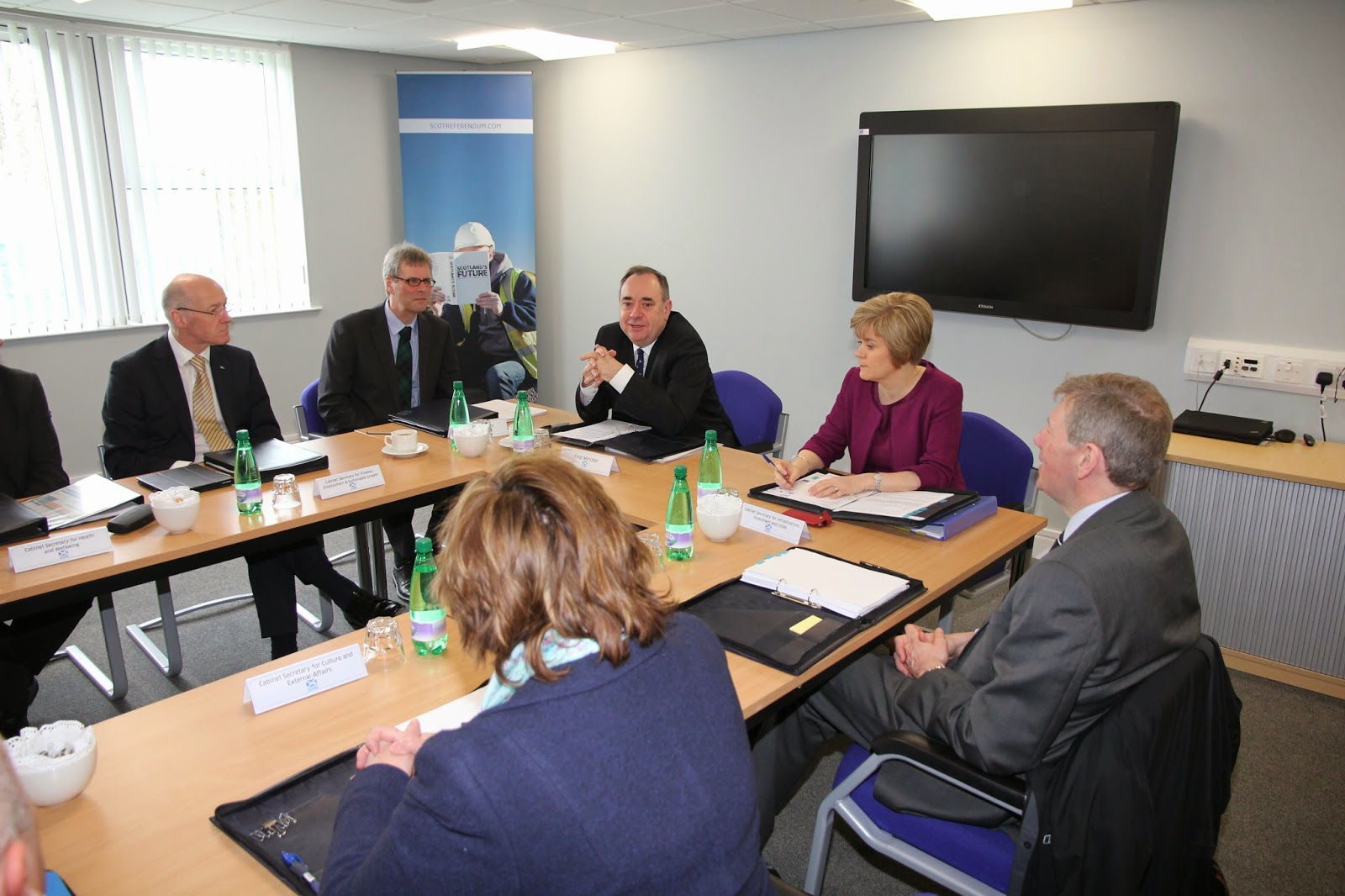 Mr Salmond said: “Today’s funding announcements of more than £9 million will build on the work already achieved to attract businesses, jobs and investment to Irvine and North Ayrshire.

“Regeneration isn’t just about businesses, it’s about people and places, creating communities we can be proud of, where people want to live, work and invest in.

“All of these projects will make fantastic contributions towards boosting facilities in Irvine, which like many towns and cities across Scotland has suffered due to economic hardships in recent years, and I am delighted to be able to announce this financial support today.

“These groups and individuals are ideally placed to build capacity into their own communities to help them to tackle inequality and disadvantage for all of North Ayrshire. There is a wonderful commitment from many locals to help regenerate the town centre and further afield, with a lot of great work underway and planned for the future. These small steps will build momentum and this funding will help the community continue to work together to regenerate the area, create jobs and opportunities.

“With the full powers that independence would bring, we could do so much more to put local people at the centre of decisions around their own communities and to use our own resources to shape fiscal and economic policies for Scotland’s best interests.”

North Ayrshire Council Leader Willie Gibson said: “This is fantastic news for North Ayrshire and it’s a much needed boost for businesses and the community. The announcement reinforces our own local efforts to support companies to create more jobs; care for the vulnerable and develop our young people to achieve their ambitions.

“I am delighted the Scottish Cabinet has taken time out of its busy diary to come and meet the people of North Ayrshire. It allows Ministers to see for themselves all the good work that is going on in our area, to revitalise our communities and make North Ayrshire the place to be”.

Patrick Wiggins, Chief Executive of Irvine Bay said: “We are delighted with this additional support from the Scottish Government for the ongoing regeneration of Irvine town centre, and for the development of i3, Irvine’s Enterprise Area. The benefits from investment to date have seen businesses grow and relocate to Irvine. These extra funds will allow Irvine Bay and its partners, North Ayrshire Council and Scottish Enterprise, to continue the work of attracting new jobs and investment to the area, particularly in the life sciences and engineering sectors.” 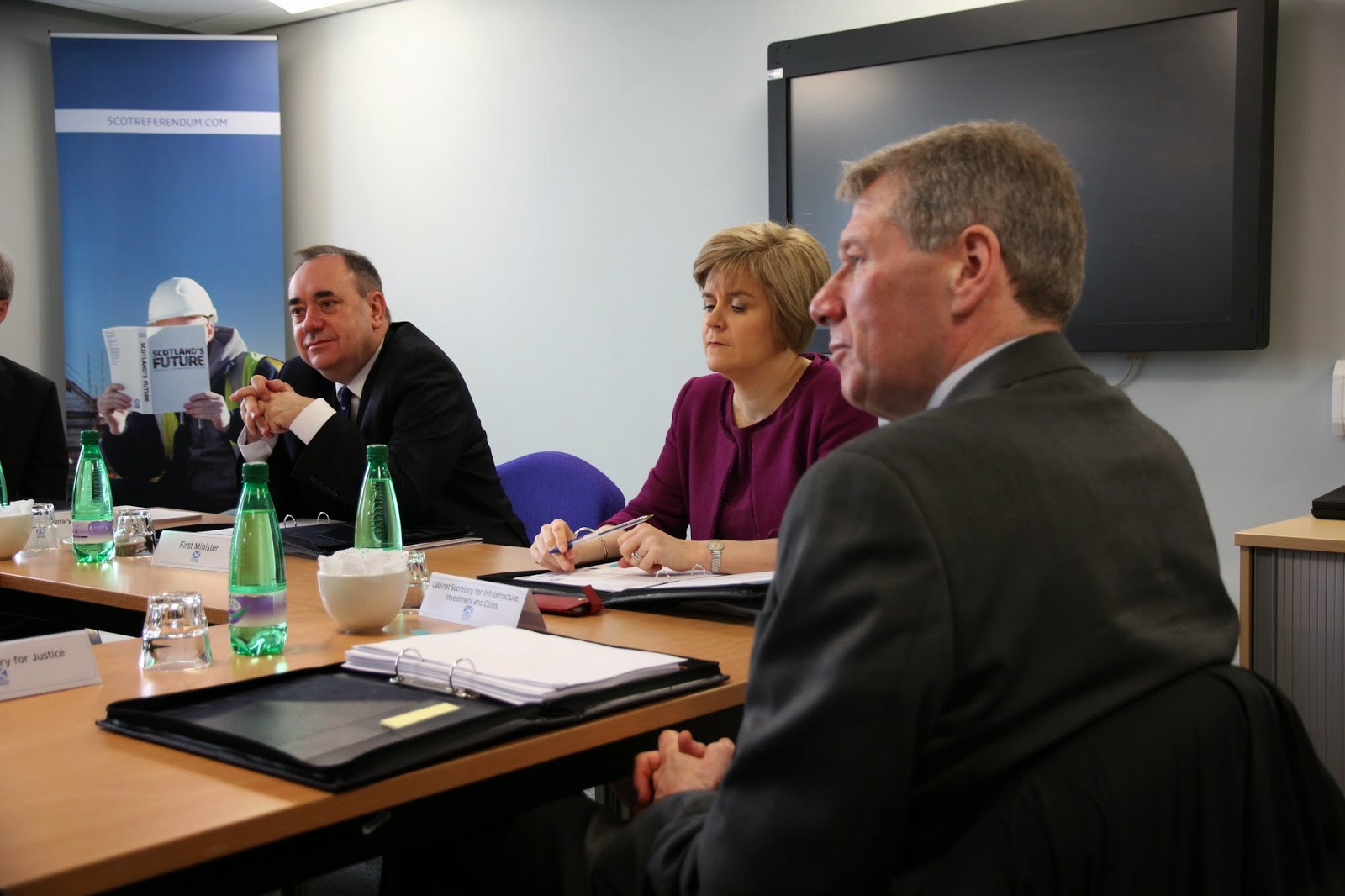 The big screen will be put up in the new public realm at Bridgegate and programming will be shaped by the community, with local advertising, music, film and events. It will bring the local community together to celebrate major sporting events such as the Commonwealth Games, as well as support the Council’s and communities plans to revitalise the town centre. Schools and colleges will participate in creating content, with the screen creating training opportunities for young people. It could also be used by local businesses to advertise local produce and special events.

The ICT funding for Vineburgh Community Centre will also allow training courses to be run to help boost skills and job prospects for people in a wider area of North Ayrshire.

The gymnastics funding will enable a new facility to open in Kilwinning and allow the club’s facility at The Flipside to be expanded and very specialised equipment installed.

Irvine Beat FM was set up in 2007 and is run by volunteers, with the aim of promoting health and wellbeing to the local community. The funding announced today will help train an extra 40 volunteers a year.

Posted by Ayrshire Scotland Business News at 11:27 am