Congratulations to every resident, business and community organisation across South Ayrshire who showed their commitment to WWF Earth Hour on Saturday 29 March 2014 and highlighting climate change. 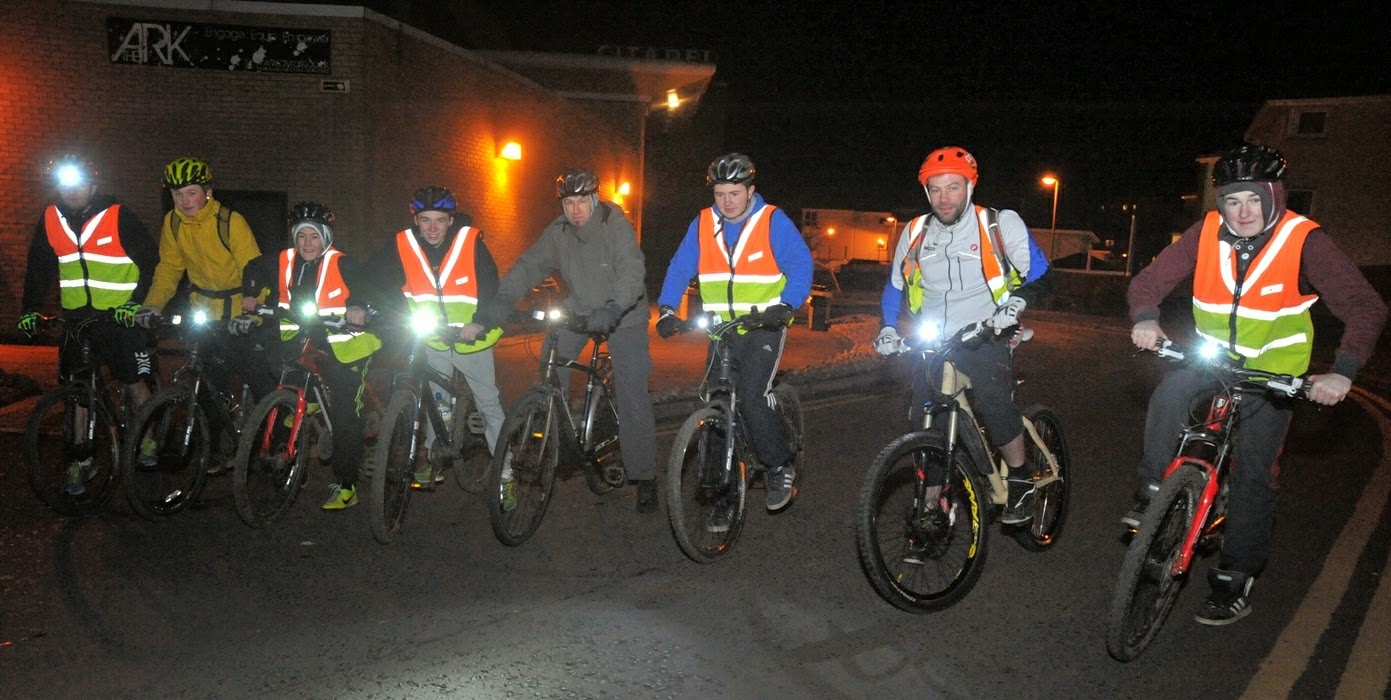 [Pictured: A night cycle, putting in the dark contest and a ghost walk in auld Ayr proved popular and illuminating – even in the dark!]

Earth Hour is a worldwide movement to help protect our planet which is organised by WWF (World Wide Fund for Nature. It started as a lights-off event in Sydney, Australia in 2007. Since then it has grown to engage more than 7000 cities and towns worldwide encouraging individuals, communities, households and businesses to turn off their non-essential lights for one hour one hour as a symbol for their commitment to the planet.

Lots of people in South Ayrshire switched off their lights for an hour to show they really care about the environment and the need for action on climate change. In total, 197 people signed up to take part pledging their support to the campaign, and many more people took part even though they had not registered.

Many people chose to organise their own dinner party, a walk under the stars or simply a quiet hour with the lights turned off. There were also some organised events which included a ghost walk which started at the Old Brig in Ayr, along to the Auld Kirk, through the town and finished up in the cells at Ayr Town Hall. 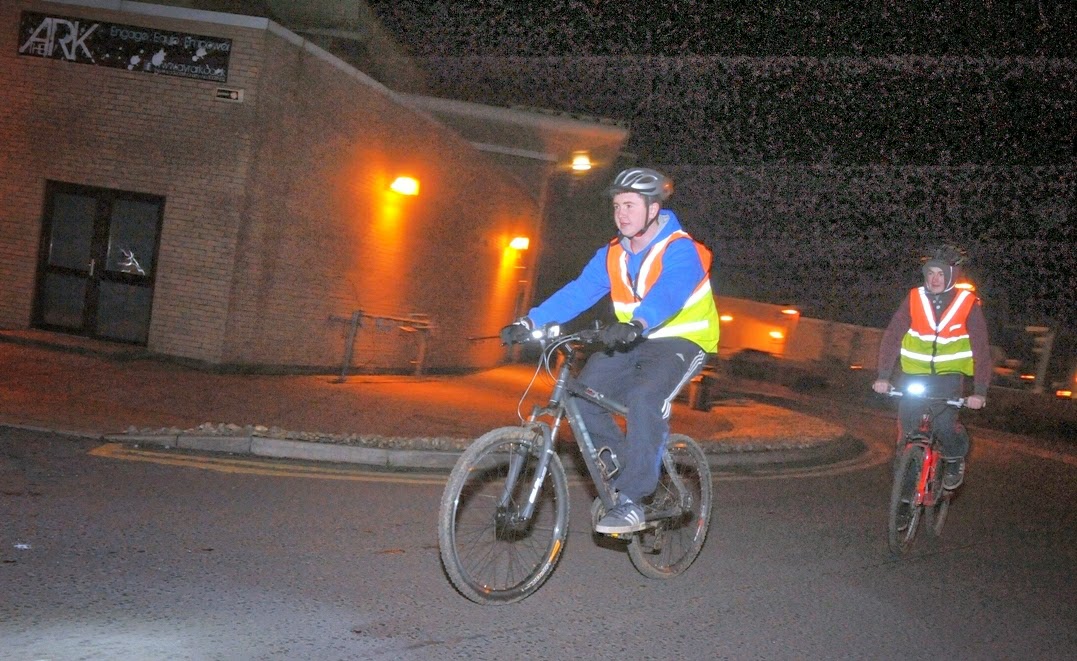 Local woman Joy Gill said: “Such an enjoyable couple of spine chilling hours, discovering the dark past and parts of Ayr, as part of Ayr’s awareness of Earth Hour! We were spellbound by the stories of Ayrshire’s notorious miscreants and transfixed by the spot where they had been held, tried and executed!” Fifteen well known landmarks across South Ayrshire were in the dark during Earth Hour, these included Alloway Auld Kirk, St Nichols Church ruin in Prestwick, Stumpy Tower in Girvan, St Jonn’s Tower in Ayr and the Auld Brig in Ayr. 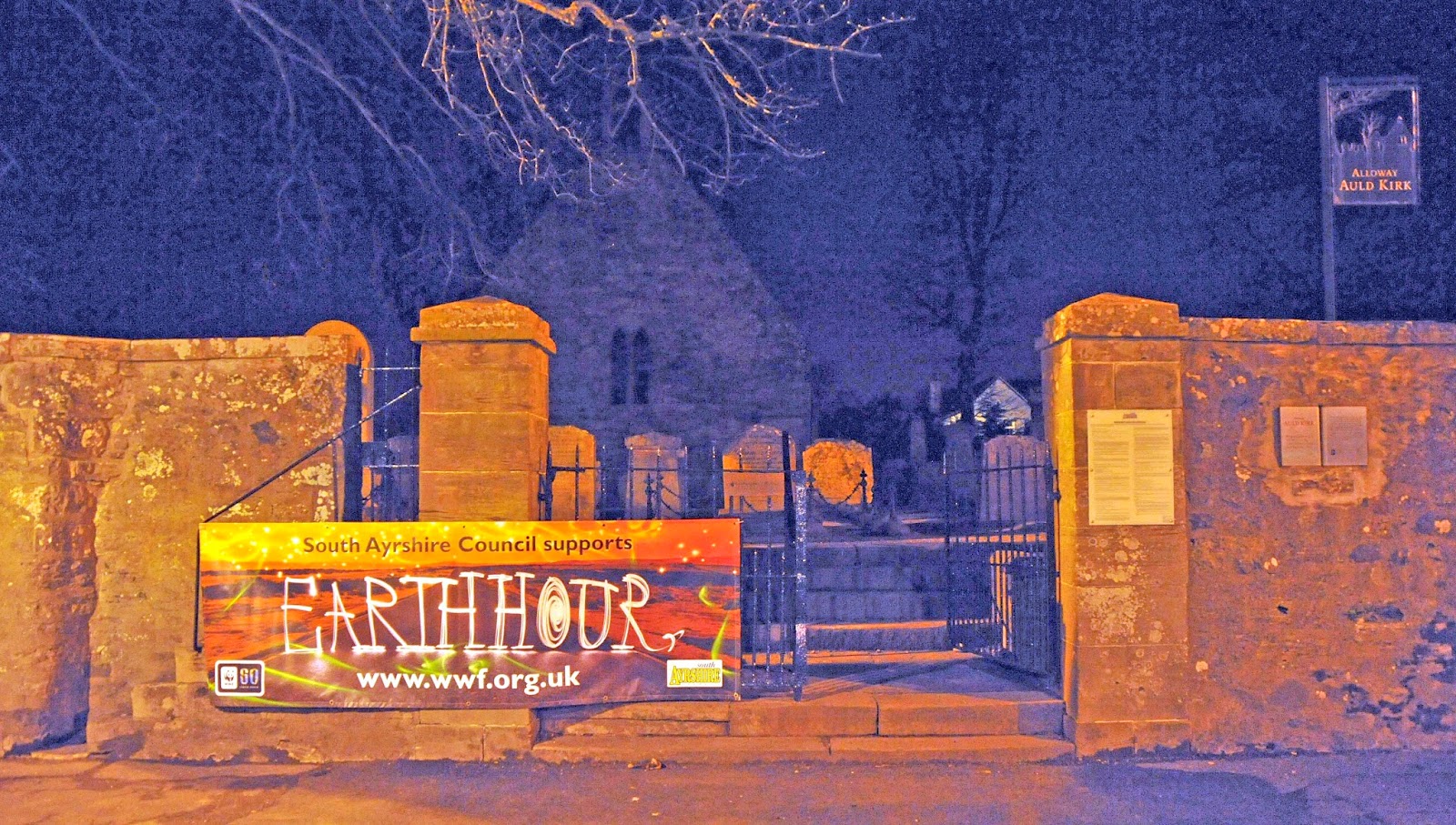 Councillor John McDowall, Sustainability and Environment Portfolio Holder for South Ayrshire Council said: “Yet again this year people from across South Ayrshire have shown their commitment to highlighting the need for action on climate change which could threaten the future of our world.

“Our Council and people across South Ayrshire joined in with millions of people from around the world who in a dignified and peaceful way supported WWF’s Earth Hour 2014.

“Thank you to everyone who took part in the event. I hope that everyone continues throughout 2014 to conserve energy by switching off lights and appliances when they are not needed.”