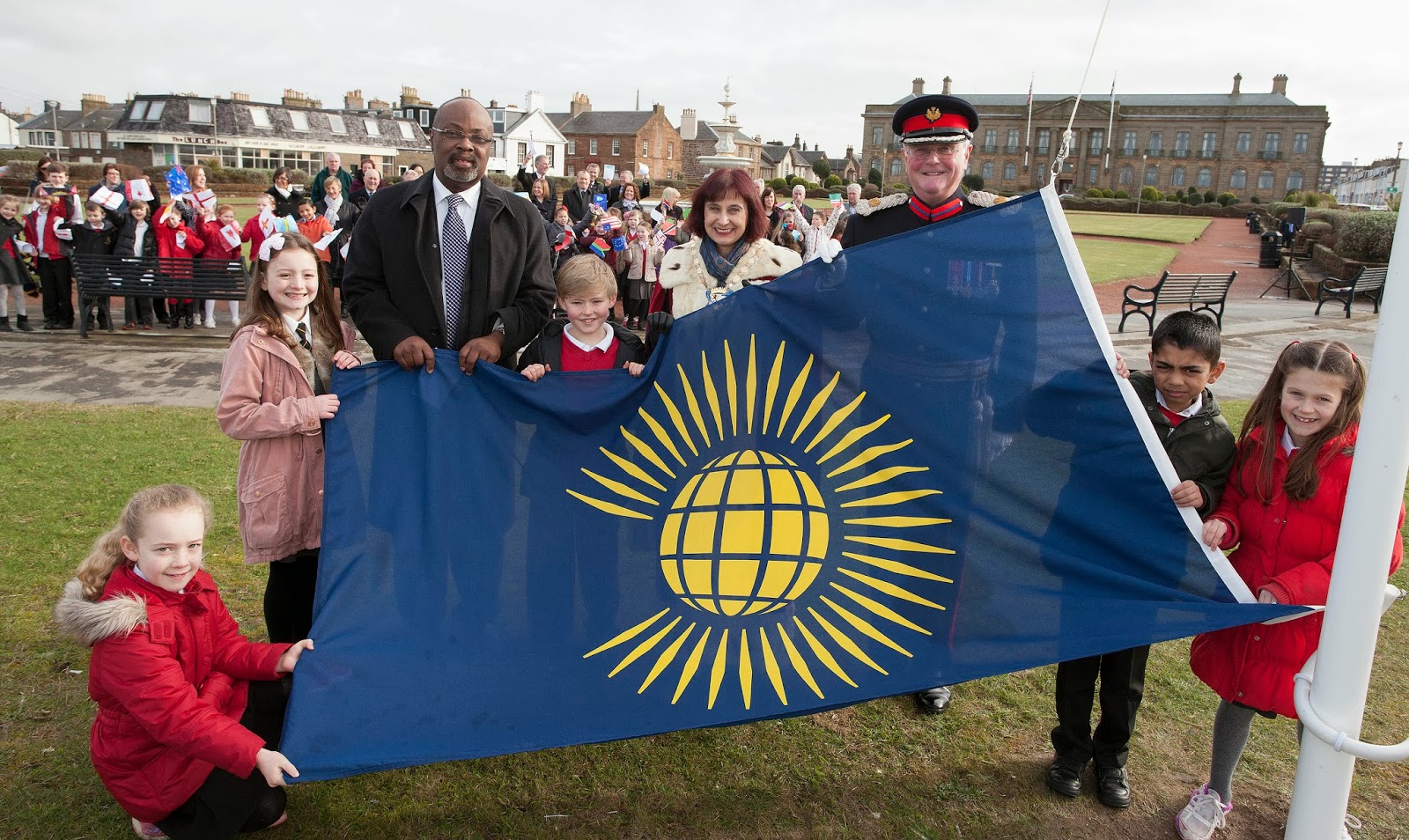 Commonwealth Day is the annual celebration of the Commonwealth of Nations; however, 2014 marks the first time ever local authorities and civic dignitaries, community groups and charities throughout the British Isles have taken part in local flag raising events and ceremonies of dedication.

Commonwealth Flags are also being flown at many locations of special significance including Unst in the Shetland Islands, the most northerly inhabited island in Scotland; the Rothera Research Station on the Antarctic Peninsula; and at the Halley VI Research Station on the Brunt Ice Shelf, as well as King Edward Point and Bird Island in South Georgia. 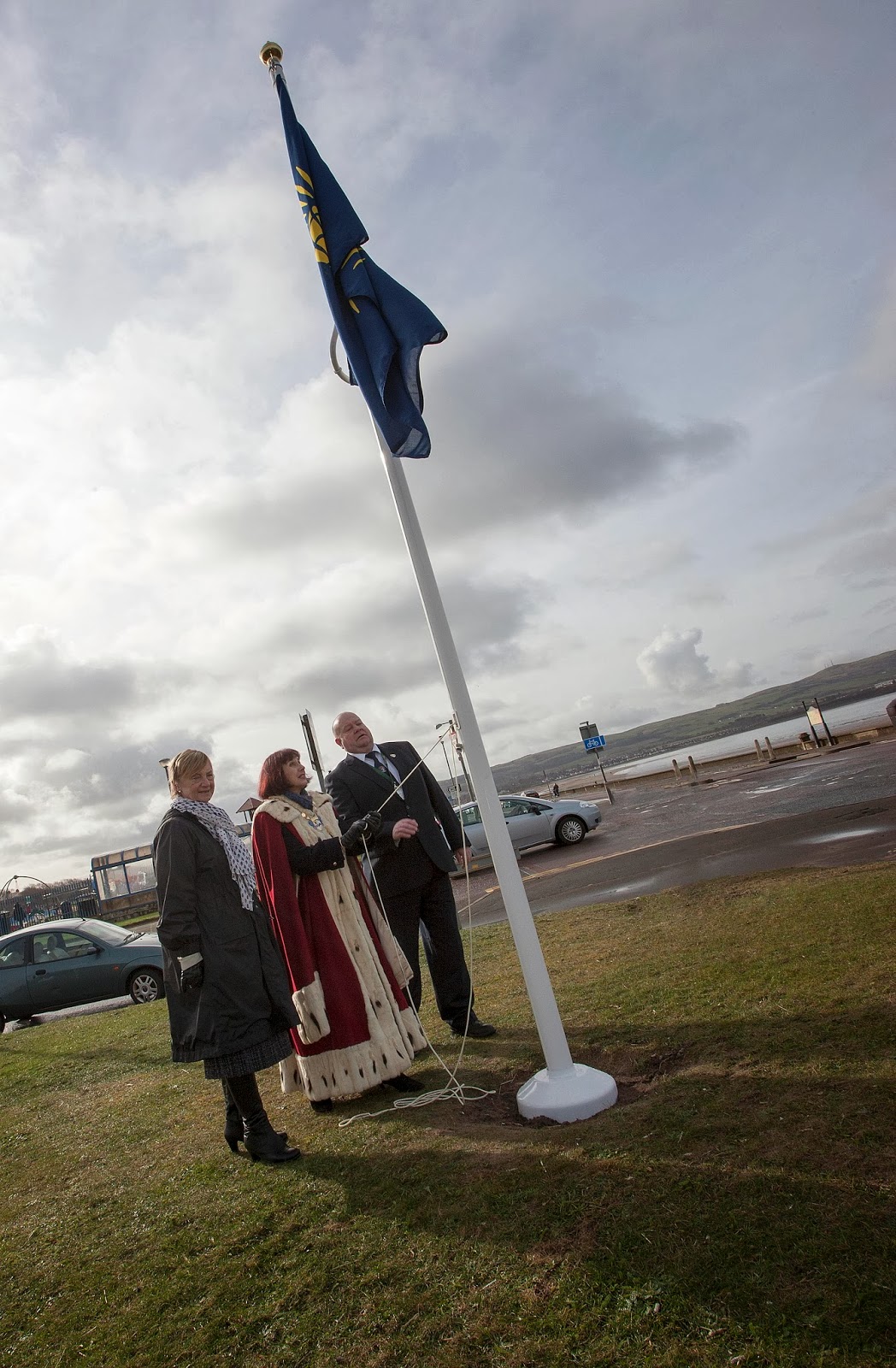 South Ayrshire’s Commonwealth Flag – which was presented to Provost Moonie by Lord Lieutenant John Duncan last month – was raised in the St Germain-en-Laye gardens in Ayr in front of Councillors, guests and pupils from Ayr Grammar Primary.

Also in attendance was the Honorary Consul-General of Ghana – Dr Charles Aryiku, who lives in Ayr. Ghana is one of South Ayrshire’s second teams for the 2014 Commonwealth Games alongside Kiribati (an island nation in the Pacific Ocean).

Before the Commonwealth Flag was raised, a special message from Her Majesty The Queen was read out by the Depute Lord Lieutenant John Dalrymple-Hamilton to those in attendance. 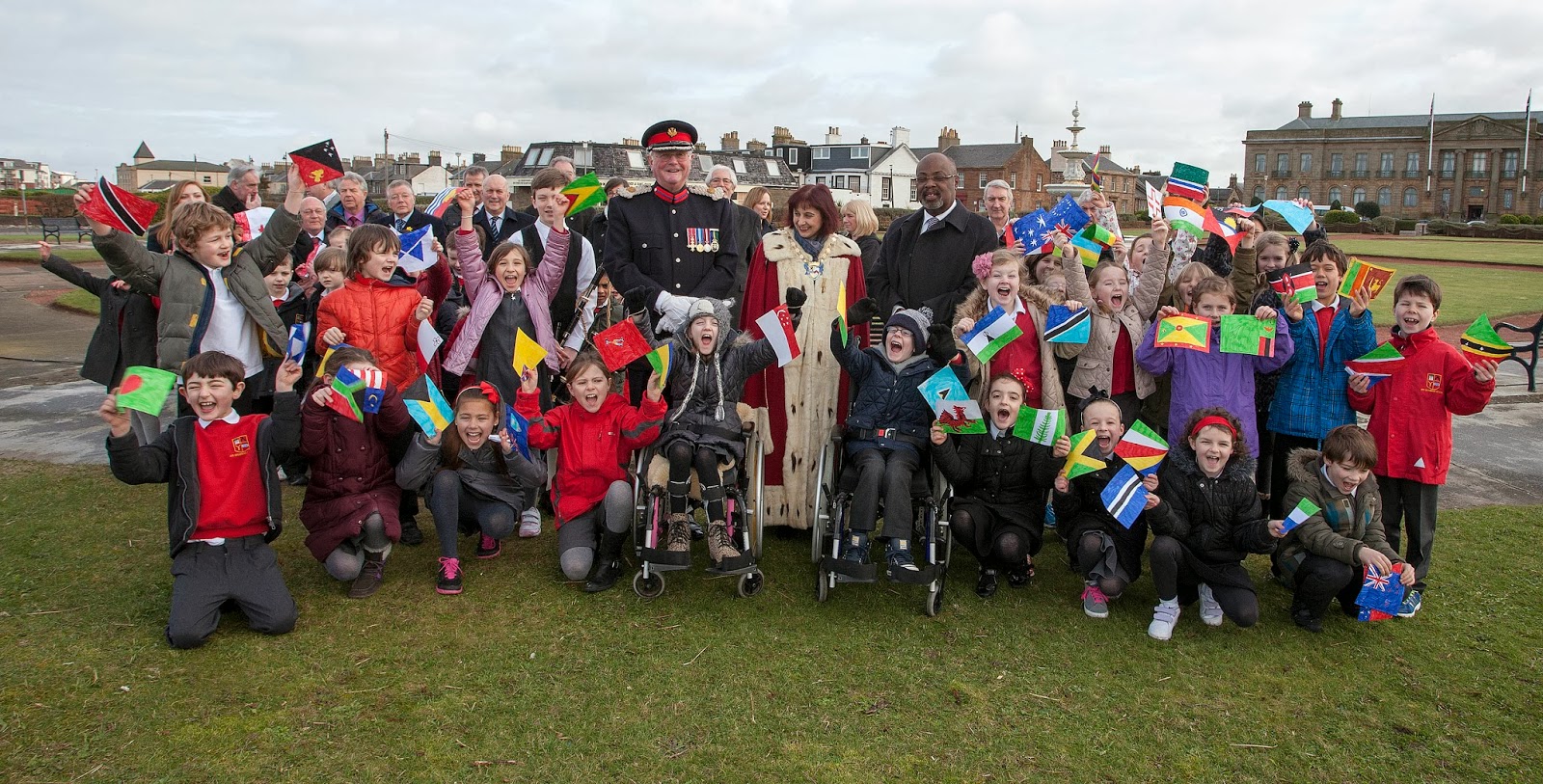 [Pictured: Depute Lord Lieutenant John Dalrymple-Hamilton, Provost Moonie and Honorary Consul-General of Ghana Dr Charles Aryiku with guests at the flag-raising ceremony including Ayr Grammar Primary pupils who made their own Commonwealth country flags for the occasion.]

Speaking after the flag-raising, Provost Moonie said: “The Commonwealth Flag is a reminder that we are part of a global family – one where we can all learn from each other, sharing ideas, cultures and values. That’s really what the Commonwealth is all about – promoting and encouraging tolerance, respect and understanding. These are values that make a difference to us all.

“We are a wealth of nations, cultures, peoples and values – each with something to offer and share with the others and the Commonwealth Flag is a very visual reminder of that. We should celebrate that not just on Commonwealth Day, but every day.”