Employment levels are at their highest since records began, with 2,575,000 people over 16 now employed in Scotland, according to labour market figures released today by the Office for National Statistics (ONS). 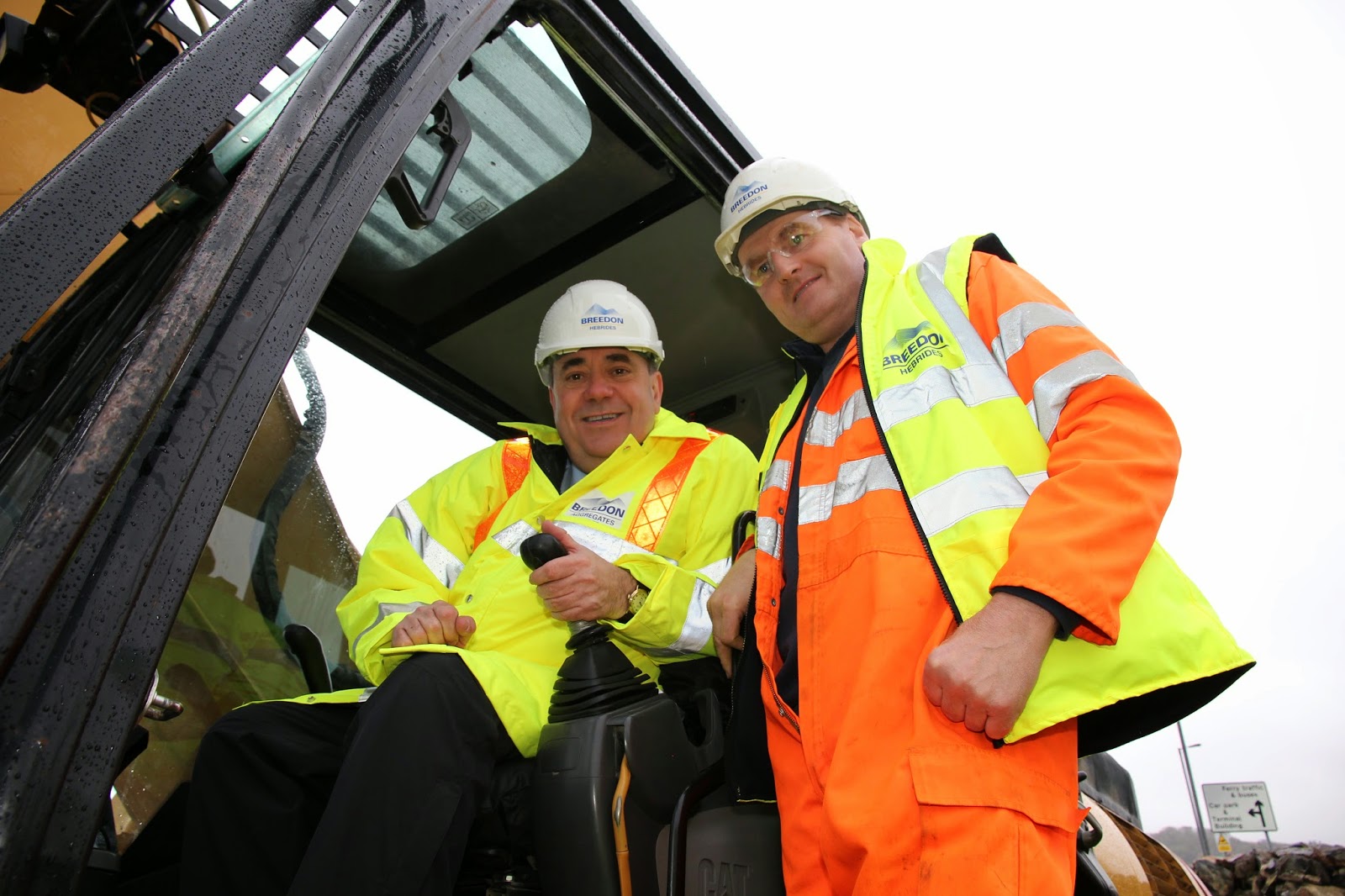 National Statistics also published today by the Scottish Government showed Gross Domestic Product (GDP) grew by 0.2 per cent over the fourth quarter of 2013 and increased by 1.6 per cent during 2013, the fastest annual growth since 2007.

For the 17th consecutive month the claimant count decreased in Scotland with the number of people claiming Jobseekers Allowance falling by 2,400 over the month to March. 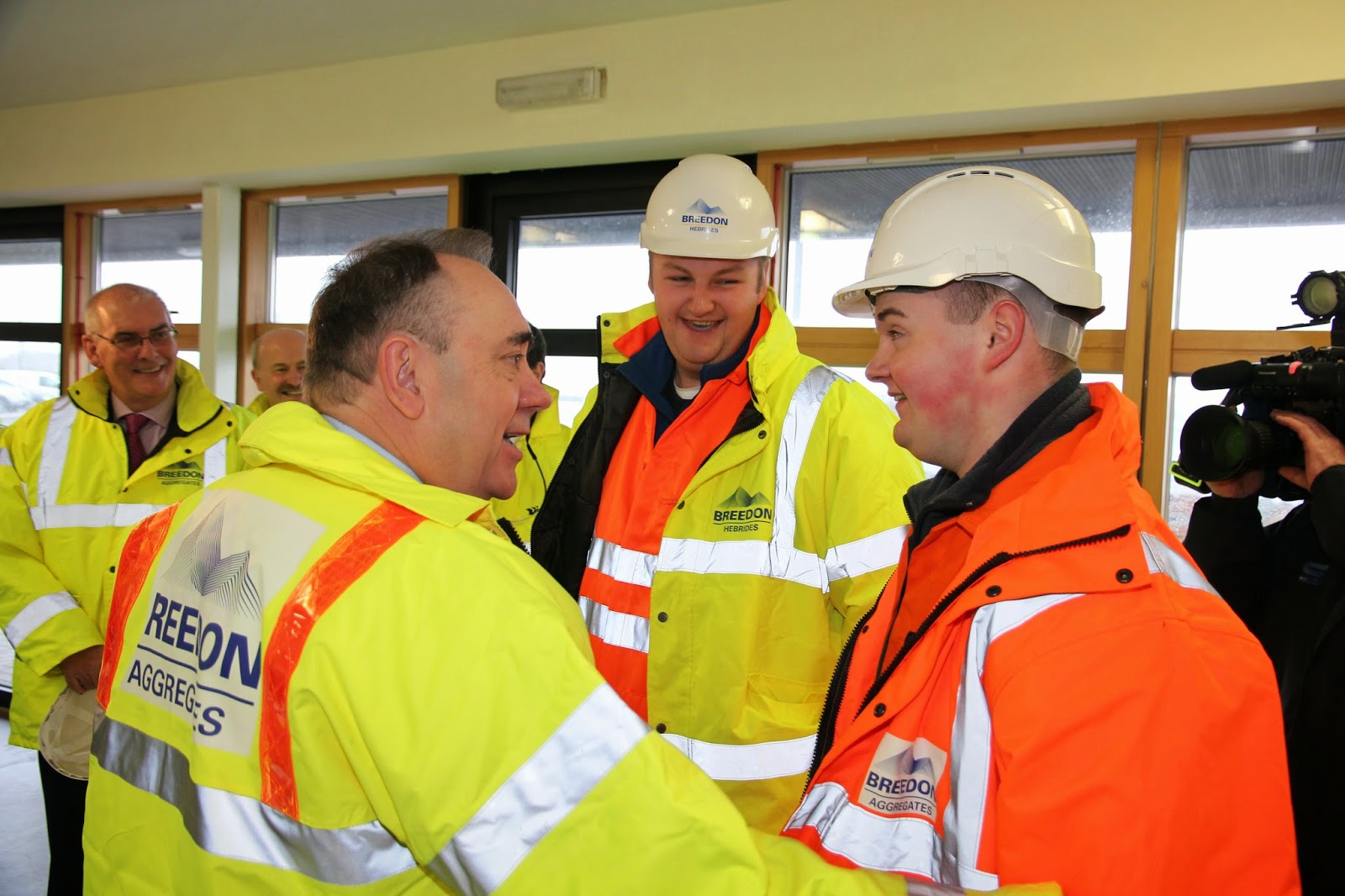 The latest labour market figures were welcomed by the First Minister Alex Salmond during a visit to Stornoway harbour, to mark the start of work supported by Scottish Government investment of £9.6 million to enhance infrastructure in preparation for the September arrival of a new £42 million ferry on the Stornoway-Ullapool route.

He said: “Today’s historic jobs figures show the Scottish Government’s policy of investing in infrastructure to boost the economy is making significant progress with employment levels at a record high. To put it in perspective, there are 285,000 more people in employment today than there were when the Scottish Parliament was established in 1999.

“Scotland is outperforming the UK across employment, unemployment and inactivity rates which goes to show even with the limited powers over the economy at our disposal we are improving our country’s economic health.

“These impressive figures come on the day we mark the start of work, supported by a Scottish Government contribution of £9.6 million, to boost Stornoway harbour’s infrastructure and help to improve access to Scotland’s islands, employing around 25 people in an important local labour market.

“Such projects underline the strength of Scotland’s economy.” 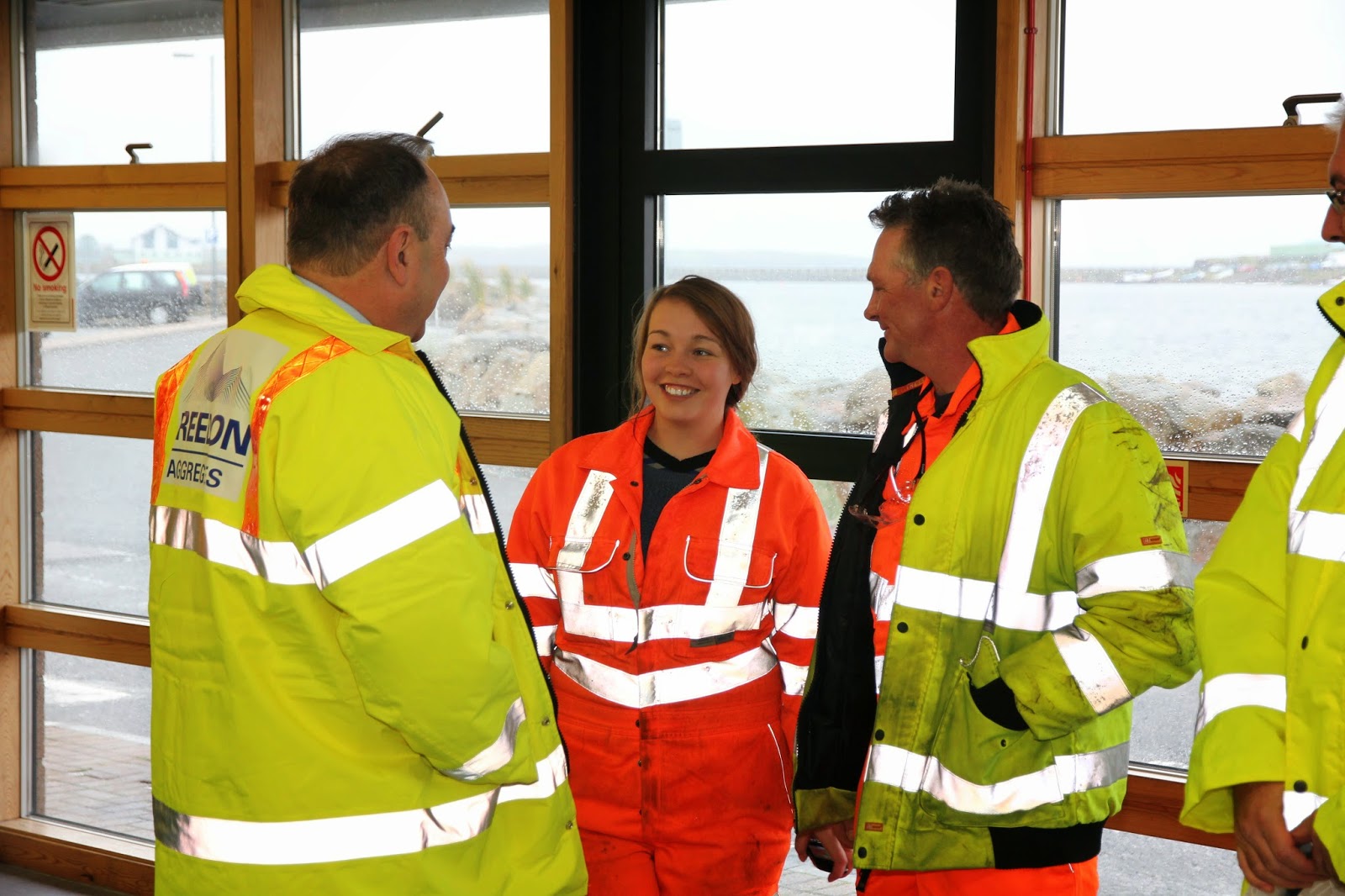 The First Minister continued: “Everyone aged between 16 and 19 is guaranteed an offer of a place in training or education through Opportunities for All and just this week we revealed we will create thousands of additional Modern Apprenticeship places, bringing our total target for MA’s to 30,000 every year by 2020 – double the level we inherited in 2007.

“This commitment to equipping our young people with the skills that they need will be further strengthened with the appointment of Angela Constance as Cabinet Secretary for Training, Youth and Female Employment.”

Today’s GDP figures highlighted that Scotland’s GDP posted positive growth in each quarter during 2013, for the first calendar year since the beginning of 2008, and has now experienced seven consecutive quarters of economic growth.

Over the quarter, the services sector grew by 0.6 per cent and output in the sector surpassed its 2007 peak. The production sector contracted by 0.7 per cent and construction output declined by 1.0 per cent.

The quarter four results for Scotland include the impact of the temporary shutdown at the Grangemouth industrial complex. This affected the Refined Petroleum, Chemicals and Pharmaceutical Products series which contracted by 10.8 per cent over the quarter and reduced Scottish headline growth by 0.2 percentage points. Indirect effects on supply chain industries mean the overall effect is likely to have been even larger still.

Commenting on the GDP figures, the First Minister said: “These GDP figures coupled with our labour market figures show the underlying strength in the Scottish economic recovery. In spite of some short term volatility it is clear that Scotland’s economy is continuing to make headway, but there is no room for complacency.

“Last year’s temporary shutdown at Grangemouth had a substantial effect on our economy, but even with that there have been strong signs of recovery and 2013 saw the fastest annual growth since 2007. We expect to see a further increase on these figures in the first quarter of 2014 figures which are due in July.

“The GDP and labour market statistics follow the results of Monday’s Bank of Scotland PMI report which recorded rises in output and new business in Scotland in March and revealed the private sector activity expanded for the 18th consecutive month.

“Both the labour market figures and GDP statistics paint a picture of recovery in Scotland. However with the full fiscal and economic powers of independence, the Scottish Government could do so much more to strengthen our economy and create more jobs.”

Posted by Ayrshire Scotland Business News at 8:24 pm No comments: A jubilant Jamie Moore said afterwards: “My horse was always travelling well, and my only concern was when he jinked inside the final furlong and almost threw me off. What a year it’s been for me, winning the Cheltenham Gold Cup and now the Coral Scottish Grand National.” 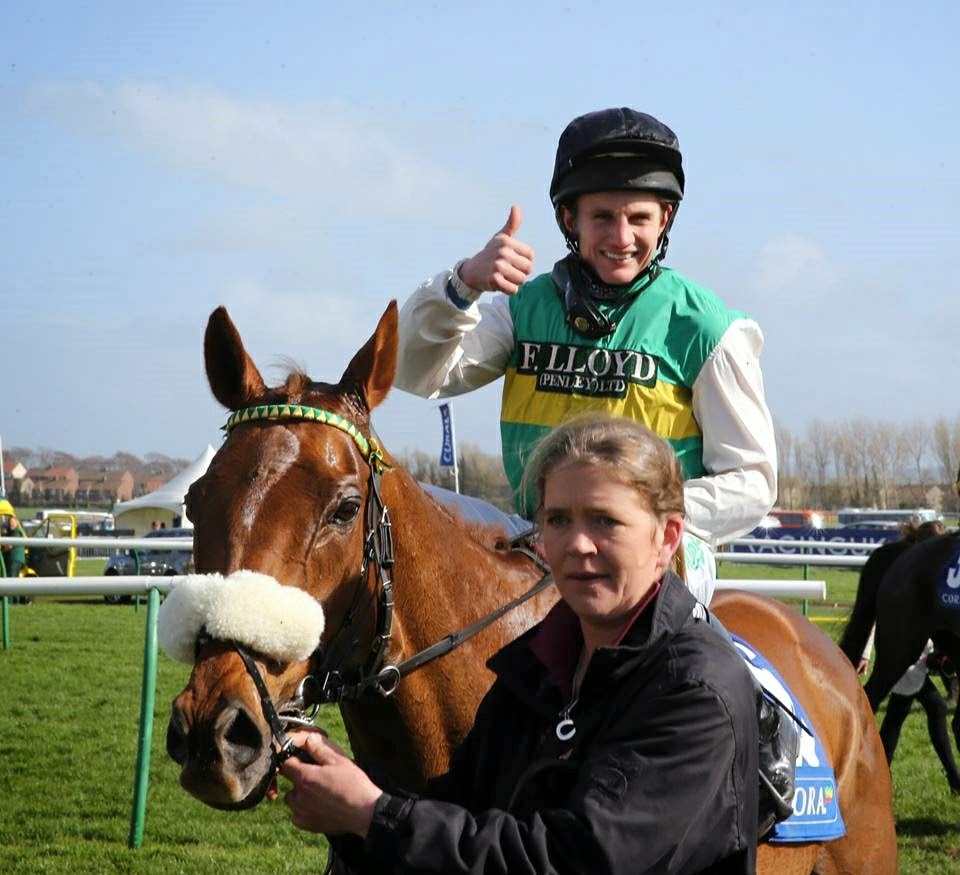 And trainer Peter Bowen who made the marathon trip from his Pembrokeshire stable added: “I had a quiet fancy for the horse. I’d prepared him for this race, and I had him spot on. I told people to back him each way.”

The main supporting race on the day, the QTS Scottish Champion Hurdle saw the even money favourite My Tent Or Yours for the powerful Nicky Henderson-AP McCoy partnership beaten into third place behind Cockney Sparrow (12/1) and last year’s winner Court Minstrel.

It was a Scottish Grand National Day - Ayr Gold Cup Day double for the John Quinn trained Cockney Sparrow, as he won at Ayr’s big flat meeting too.

A highly impressive winner of the Arcadia Consulting Future Champions Chase for the Vulmidas Cup was Eduard (7/4) from the Nicky Richards yard and ridden by veteran jockey Brian Harding.

The 6 year-old saw off the highly rated Valdez by 20 lengths and looks to be destined for more glory next season.

Other winners on Saturday included a double for Paul Nicholls with Silsol in the opening Clyde and Solway Systems handicap hurdle ridden by Jack Sherwood and Brother Du Berlais in the Ayrshire Hospice Making Today Matter Handicap.

And there was a win for Le Bacardy in the Scotty Brand Handicap Chase, a horse that had finished second on Friday.

And Jim Goldie’s Too Cool To Fool kept up his fine form at the track when winning the Porcelanosa Scotland Novices Limited Handicap Hurdle under young Dale Irving.

START OF THE FLAT

This earlier than usual start of the season at Ayr is sure to prove popular with leading riders including Graham Lee, Danny Tudhope and Tom Eaves all likely to be in action.

The feature race of the afternoon is the Free Bets At Freebets.co.uk Handicap over a mile at 4.30pm and the action ends at 5.00pm with the longest race of the day, the one mile five furlongs Betting Offers At Onlinebettingoffers.co.uk Handicap.

Posted by Ayrshire Scotland Business News at 1:41 pm No comments: