Ahead of WWF’s annual Earth Hour on Saturday 28 March 2015, South Ayrshire Council is celebrating after being named as joint winner, along with Highland Council, of the WWF’s Earth Hour Local Authority Champion for 2014. 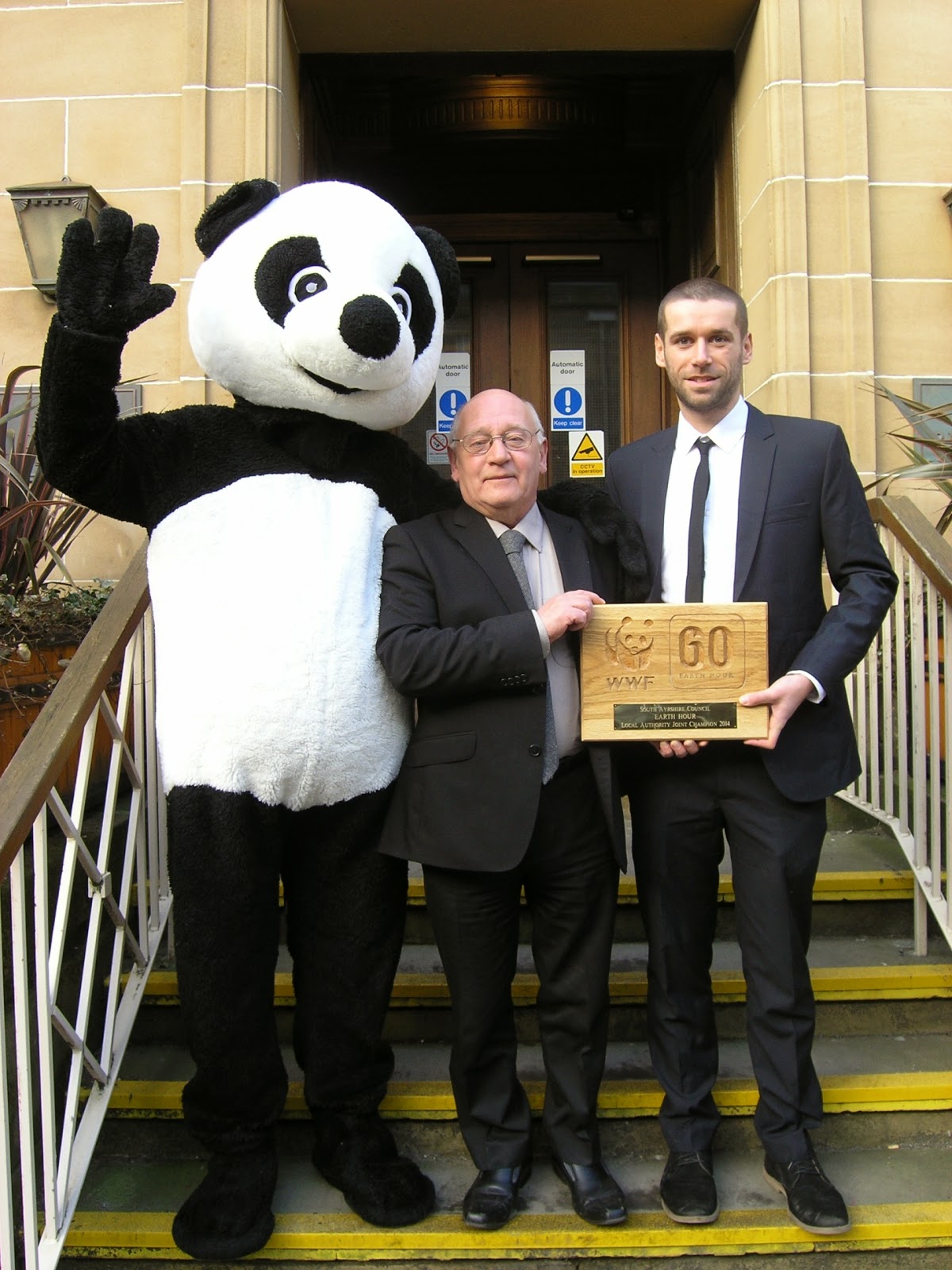 WWF’s Earth Hour is a global event and last year saw hundreds of millions of people around the world take part to raise awareness of climate change.

The award recognises the Earth Hour activities in 2014 arranged by the Council, including switching off feature lighting on many the area’s most iconic landmarks, a ghost walk around Ayr, golfing in the dark at Troon and a cycle around Ayr. Employees, partners, community groups and local businesses across South Ayrshire all signed up to switch off and support Earth Hour.

Speaking about the award Councillor McDowall said: “This is the third year in a row South Ayrshire Council has been given this award for its commitment to Earth Hour.

“I would like to thank everyone in South Ayrshire who took part. The way people embrace the activities shows that the people of South Ayrshire recognise the challenge that a changing climate poses to our planet.

“Every year people celebrate Earth Hour in different ways, by switching off lights, attending organised events, holding Earth Hour parties or looking at ways that they can save energy all year round.

"This year, we'd like to see more people than ever before in South Ayrshire make their own champion effort to switch lights off for an hour between 8.30pm and 9.30pm on 28 March 2015.”

Lang Banks, Director of WWF Scotland, said: “In naming South Ayrshire Council our joint Earth Hour Champions for the third year running, I’m absolutely delighted to be able to recognise the ongoing and fantastic commitment of the Council and its residents to protecting our brilliant planet. We look forward to working with our three-times crowned Champions for Earth Hour 2015.”

This year's Earth Hour will take place on Saturday 28 March 2015. It is a powerful way to highlight that climate change is one of the most serious threats to our planet.

Plans are already under way in South Ayrshire for activities to support this year’s Earth Hour and encourage people to get involved, so watch out for further information.

If you would like to learn more about Earth Hour 2015 go to www.wwfscotland.org.uk/earthhour