WEEKEND racing comes to Ayr Racecourse for the first time this year with the Fab Friday Raceday on Friday 6 March, followed by Saturday Jumps Raceday on 7 March.

On Friday the highlight is Coral Scottish Grand National Festival 17/18 April Handicap Chase over two and a half miles with £12,000 in the prize-pot and the main support is the two mile hurdle for the coveted James Barclay Challenge Trophy.

It’s the last meeting at Ayr before the Coral Scottish Grand National Festival on 17 April and 18 April.

Lucinda, Scotland’s leading jumps trainer, is hitting form at the right time and is aiming to beat last season’s record total of 66 winners. 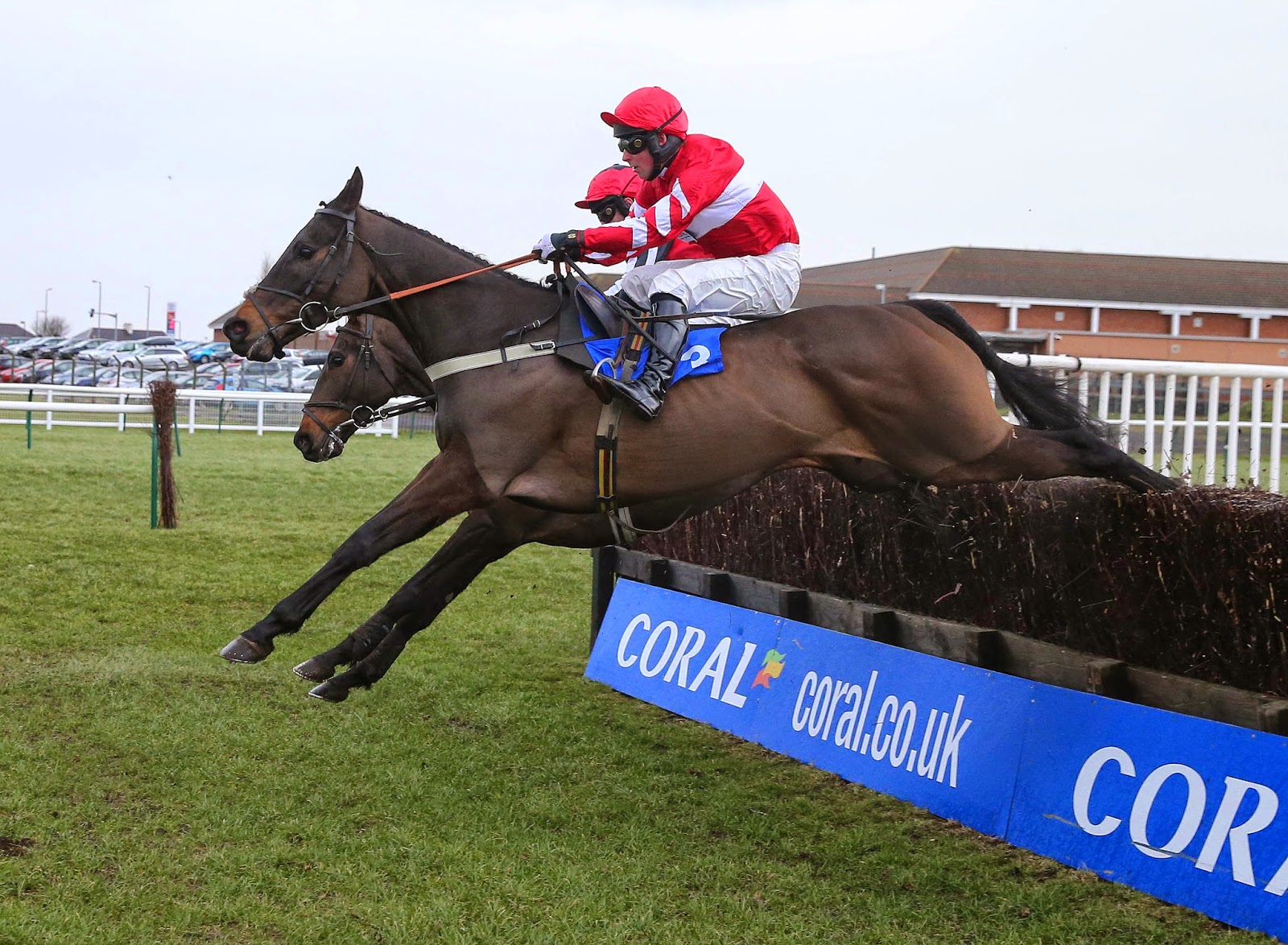 The biggest shock of the afternoon came when Just Cameron (4/1) (pictured above nearest the camera), trained by Micky Hammond and ridden by Joe Colliver beat 1/3 shot Duke of Navan to win the two mile novices chase – a huge shock with only the bookmakers cheering on the winner.