Health and Education at Heart of Budget


Deputy First Minister John Swinney today set out the Scottish Government spending plans to create a fairer and more prosperous Scotland. At the heart of the Budget is the recognition that a strong economy is only successful, if it is underpinned by a society that is fair and equitable.

Setting out the budget to parliament, Mr Swinney said the plans respond to Scotland’s improving economic conditions and would enhance economic growth, tackle inequalities and continue to protect and invest in Scotland’s public services.

The Finance Secretary also put key public services of health and education at the heart of the budget confirming an increase of £383m in frontline health spending next year and setting out the government’s commitment to our teaching workforce and their key role in raising attainment and tackling inequality with £51m investment to maintain teacher numbers and £20m of new spending to improve educational life chances for all. 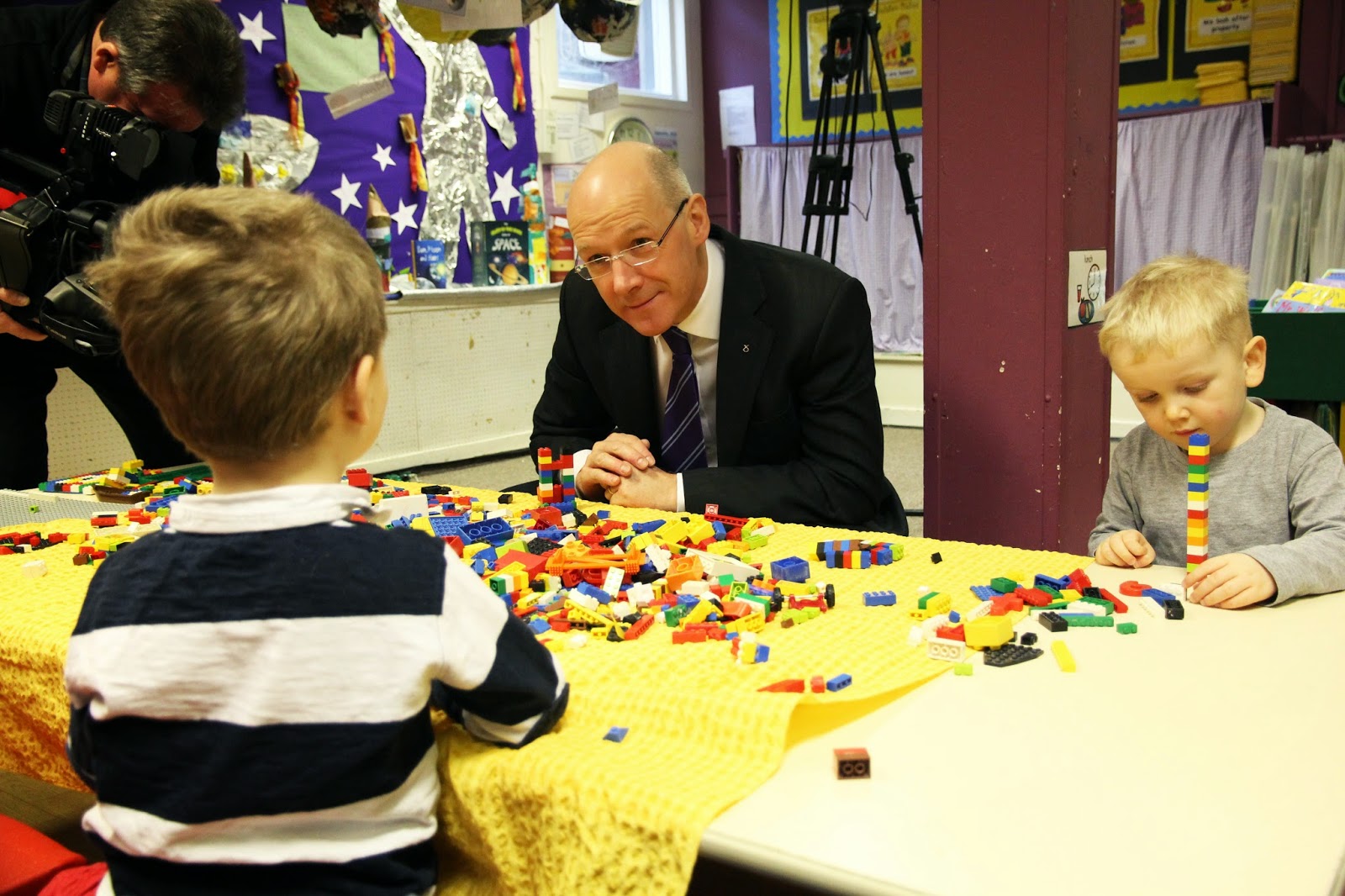 Mr Swinney set out the following key additions to the original budget today:

• An increased investment in energy efficiency of £20m to provide a total budget of £114m.
• An additional £127m for frontline healthcare in our NHS taking our total additional resource investment for 2015-16 to £383 million.
• A further £10m in addition to the previously allocated £41m of funding for local authorities who commit to maintain teacher numbers.
• £20m additional funding to tackle educational inequality and raise attainment.
• £15 million held to support prudent management of tax revenues in 2015-16.
• £3.9m to support cycling and walking infrastructure.
• £200,000 to progress the Fair Work agenda. 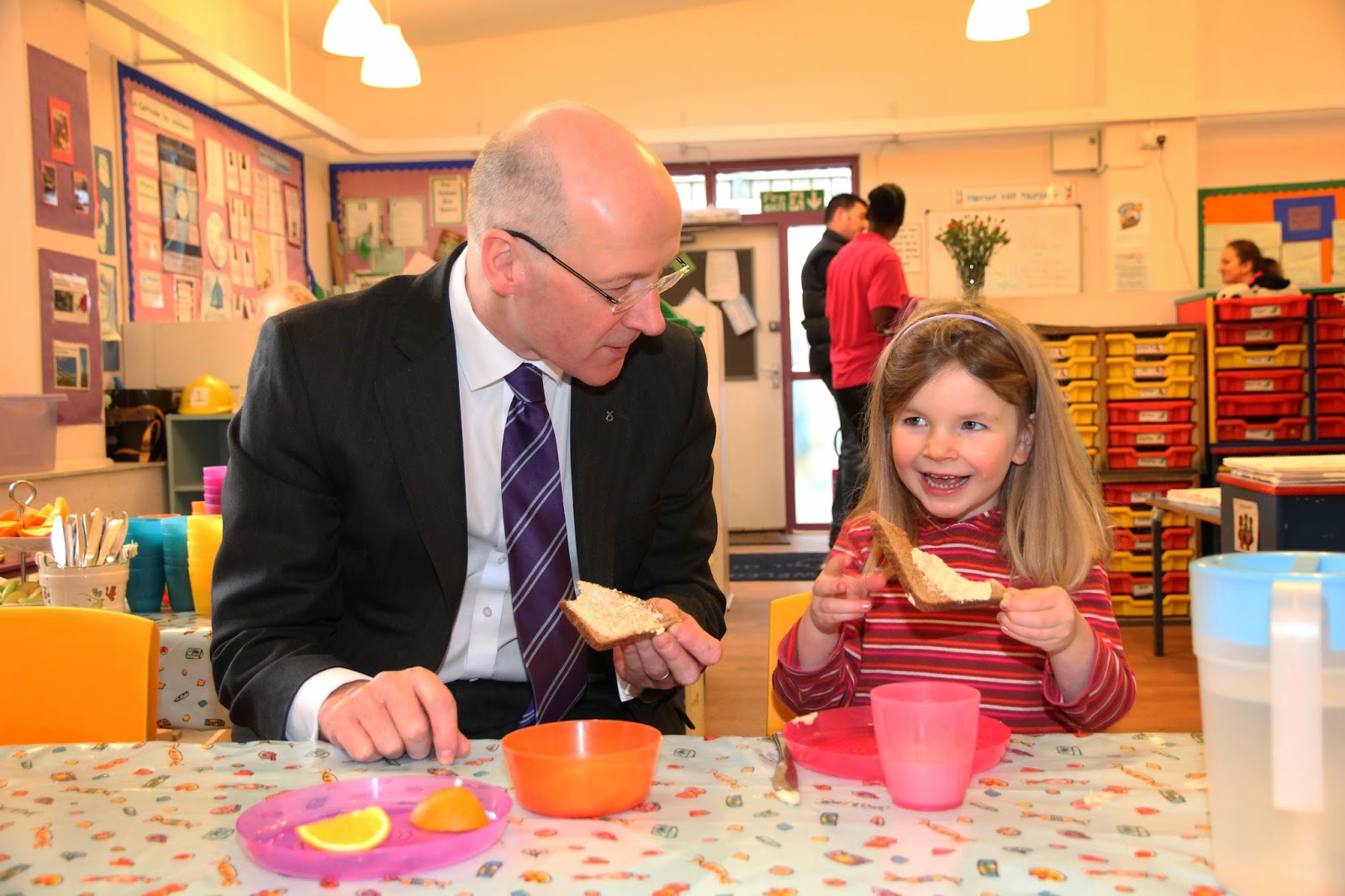 Setting out the budget to parliament John Swinney said: “The people of Scotland want to live in a more prosperous and a much fairer country than it is today.

“This budget is focused on meeting those ambitions, as far as we can within our current powers, by tackling inequality, investing in our economy and protecting and reforming our public services.

“This budget will see £4.5 billion invested in infrastructure with new colleges, health facilities and schools being built across the country.

“This budget continues our actions to mitigate UK Government welfare cuts with £81m of support and delivers on our commitments to expand childcare and to provide free school meals for all p1-p3 pupils.

“It is also a landmark budget, including for the first time our proposals for the rates and bands of Scottish Landfill Tax and Land & Buildings Transaction Tax, devolved through the Scotland Act 2012 and which take effect for the first time in 2015-16. As a result 50% of homebuyers will pay no tax and over 90% of taxpayers will pay no tax at all or be better off compared to the UK’s current tax rates.

Focussing on health and education the Finance Secretary said: “The health of our population and the education of our young people are two of the most important responsibilities of government and they are at the top of our priorities.

“A vote for the budget today will see an additional £127m of extra spending for frontline healthcare in our NHS. That will take our total additional frontline investment for 2015-16 to £383 million as part of a total NHS budget in excess of £12 billion, and every penny of that money will help our frontline services.

“The education of Scotland’s children is the key to both their future and to the future of Scotland. Our investment in schools and in teachers forms a critical part of this effort but we can and will do more. When sufficient funding is available to support the employment of teachers it cannot be acceptable that the numbers of teachers declined slightly last year and the ratio of pupils to teachers rose slightly.

“To help ensure delivery of the teacher numbers commitment and in recognition of the general budget pressures authorities are facing I am providing a further £10 million for 2015-16 in addition to the £41 million previously allocated to support this commitment. In order to protect that investment in teacher numbers this total resource of £51 million will only be available to local authorities on a council by council basis if they are prepared to sign up to a clear commitment to protect teacher numbers. Any council that does not make and deliver on that commitment will not benefit from that funding.

“As we signaled in the Programme for Government tackling inequality is one of our key priorities. Too many of our young people have life chances narrowed by circumstances out of their control. Improving opportunities for our children will require focused and targeted action; it will involve providing additional support to our teachers and parents.

“Today I am announcing £20 million additional funding to improve educational life chances for all and raise attainment. This funding for this coming year will be followed by further funding in next year’s budget and the details of how this additional investment will be utilised will be announced shortly.

“The actions I have taken today demonstrate the values and priorities of the Scottish Government. We drive forward investment in our economy, we protect our NHS, we invest in our young people and businesses and we protect the most vulnerable.”

To make Scotland a more prosperous country the budget will:

• Secure £4.5 billion of infrastructure investment in 2015-16
• Support £330 million of further capital investment in our Scotland’s Schools for the Future programme through NPD funding
• Provide £140 million to deliver 2 new college campuses through the NPD pipeline
• Continue to deliver the most competitive business tax environment in the UK
• Invest £16.6 million in 2015-16 to further take forward recommendations of the Commission for Developing Scotland’s Young Workforce
• Maintain the most competitive business environment in the UK

To tackle inequalities the budget will:

• Drive investment in affordable housing of over £390 million to deliver 6000 affordable homes and £125m of additional financial support for the housing sector.
• Invest more than £300 million over two years to extend annual funded childcare to 600 hours for 3 and 4 year olds and vulnerable 2 year olds.
• Provide additional support for looked after children
• Provide £81 million to mitigate against Wesminster’s welfare reform including the ‘Bedroom Tax’
• Maintain a council tax freeze across Scotland
• Continue the Scottish Government’s social wage commitments including free prescriptions, concessionary travel and free personal care

To protect and reform Public Services the budget will:

• Increase the health budget to over £12 billion with a funding increase of £383 million
• Invest over £200 million in 2015-16 to help drive integration of adult health and social care
• Support 1000 additional police officers
• Protect the Local Government budget
• Maintain a Scottish living wage for public sector workers covered by public sector pay policy
• Continue the commitment to no compulsory redundancies.