Traditional Ayrshire Dunlop Cheese is due to be granted official recognition from the EU – affording it extra protection against unauthorised imitation. 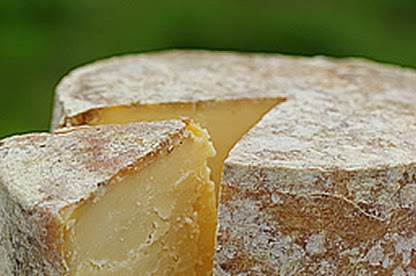 The distinction means that consumers are guaranteed they are buying the genuine, premium product, which can now only be made in the area around Dunlop, with milk from Ayrshire cows, using the same traditional methods.

Mr Lochhead said: “In Scotland we have an abundance of delicious, high quality food and drink, enjoyed at home and around the globe. Traditional Ayrshire Dunlop Cheese is a fantastic example of this and I am delighted that, following Scottish Government support, it will now benefit from protected status.

“Protected status lets consumers know they’re buying the genuine article. It is great news that we now have 14 Scottish products benefiting from that and I hope more will follow.

“This is an important boost for the Scottish dairy sector ahead of a Parliamentary debate that will be held about the industry on Tuesday. We are currently planning to launch a new Scottish dairy brand that will make it easier to identify dairy products that are made here in Scotland. This is particularly welcome timing, as the Year of Food and Drink is a great opportunity to promote Scotland’s fantastic natural larder.”

“Traditional Ayrshire Dunlop differs from others Dunlop cheeses due to the traditional production method, the rich creamy milk from Ayrshire cows, the weather in this part of the country, and the techniques and craftsmanship that can be traced back to the 17th century.”