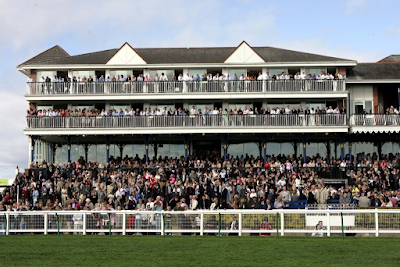 The feature race  is the Class 2 William Hill Handicap for the Kilkerran Cup and 14 go to post for this including two from the all-conquering David O’Meara yard Awake My Soul, the mount of Phillip Makin and Chancery due to be ridden by stable jockey Danny Tudhope.

Local trainer Mike Smith send out Gworn, under PJ McDonald, looking for a three timer at the track while Jim Goldie has Mistiroc and Fergal Lynch also trying to keep the prize in Scotland.

Another hot contest is the EBF Stallions Scottish Premier Series Fillies’ Handicap and Lamyaa from the Charles Hills yard looks the pick here.

Before racing today the draw for the William Hill Ayr Gold Cup takes place in the Owners’ Club at the Racecourse and Robbie Savage, footballer  turned television  pundit and Miss Scotland Mhairi Ferguson will conduct the draw which will be hosted by Racing UK presenter Alex Steedman and screened live on the channel at 11.00 am.

Ayr Racecourse has announced Tennent’s as the new official beer sponsor in a five year deal that will see the lager and other associated brands sold throughout Scotland’s premier racecourse. 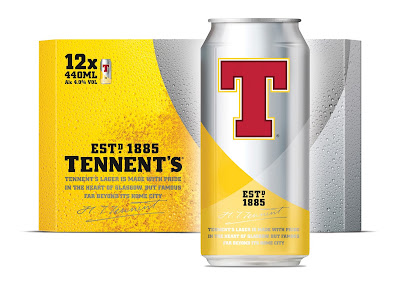 More than 20,000 people will attend the three day Festival and the many bars throughout the course will be stocking Tennent’s and their associated brands.

It will be the first time in many years the famous lager will be available at the course although historically the Tennent Caledonian Breweries Handicap raced at the track for many years until 1999.

The collaboration will see newly designed Tennent’s branded areas across the site and bar areas.  Signs featuring the iconic red T, specially designed to capture the spirit of a race day, such as ‘Dead HeaT’ and ‘Punter’s FavouriTe’, will adorn the bar areas.  Additional high quality branding and outdoor mobile bar units will be rolled out over the next year to enhance the already high quality on-course experience for visitors.

Tennent’s join a growing list of major companies to be associated with Ayr Racecourse.

David Brown, managing director of Ayr Racecourse said: “Tennent’s Lager is an iconic Scottish brand and a company we are proud to be welcoming as partners of Ayr Racecourse.  It is fitting that this partnership is being launched at the William Hill Ayr Gold Cup Festival – Scotland’s biggest and richest flat racing festival attended by large crowds.  The introduction of Tennent’s Lager and the company’s other brands will definitely be well received by our racegoers.”

Matt Munro, On Trade Sales Director at Wallaces TCB said: “This collaboration between Scotland’s biggest Racecourse and Scotland’s most iconic lager brand is one we’re very proud to be announcing.  We’ve been working closely with the team at Ayr to help make sure the Tennent’s association captures both the spirit of the brand and the meetings and events it will be at the heart of.  We’re very excited to be launching this partnership at the prestigious Ayr Gold Cup and wish everyone attending a fantastic meeting – with many more to come.”