Lifeboats from Girvan and Troon braved freezing driving rain this week to assist a fishing vessel with a net caught around its propeller. 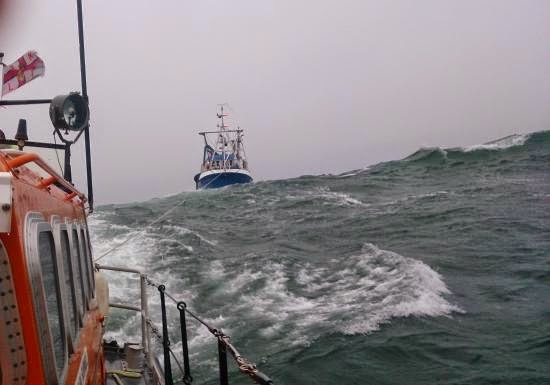 A launch request was made by Belfast Coastguard for the launch of Girvan Lifeboat at 2.05pm on Wednesday 14 January.

It was reported that Spes Bona was approx. 1.5 miles west of Turnberry Point and its fishing equipment had become entangled in the propeller.

On arrival at the scene, with conditions worsening, Girvan Lifeboat established a tow line to the stricken vessel, where shortly after the net was cut away.

It was determined due to conditions, tide and size of the fishing vessel that the boat would be towed to Troon Harbour.

At 6.30pm both lifeboats and the fishing vessel arrived safely at Troon Harbour, where the vessel was securely berthed.

With conditions worsening by the minute, Girvan lifeboat started the return journey to Girvan, heading on into the storm.

At 9.30pm Girvan lifeboat and its volunteer crew returned to station, where the boat was cleaned, refuelled and made ready for service.

The Royal National Lifeboat Institution is the charity that saves lives at sea. Volunteers provide a 24-hour search and rescue service in the United Kingdom and Republic of Ireland from 236 lifeboat stations, including four along the River Thames and inland lifeboat stations at Loch Ness, Lough Derg, Enniskillen and Lough Ree. Additionally the RNLI has more than 1,000 lifeguards on over 180 beaches around the UK and operates a specialist flood rescue team, which can respond anywhere across the UK and Ireland when inland flooding puts lives at risk.

The RNLI relies on public donations and legacies to maintain its rescue service. As a charity it is separate from, but works alongside, government-controlled and funded coastguard services. Since the RNLI was founded in 1824 its lifeboat crews and lifeguards have saved at least 140,000 lives. Volunteers make up 95% of the charity, including 4,600 volunteer lifeboat crew members and 3,000 volunteer shore crew. Additionally, tens of thousands of other dedicated volunteers raise funds and awareness, give safety advice, and help in RNLI museums, shops and offices.

Posted by Ayrshire Scotland Business News at 5:40 pm No comments:

Now officially the Best in Britain, the Western House Hotel at Ayr Racecourse has won one of the most prestigious awards in the UK hotel industry.

Management and staff at the hotel were absolutely delighted to hear this week that Western House was rated a ‘cut above’ and had been voted the UK’s number one Luxury Hotel in the Laterooms.com Simply The Guest Awards, beating off competition from thousands of hotel throughout Britain. 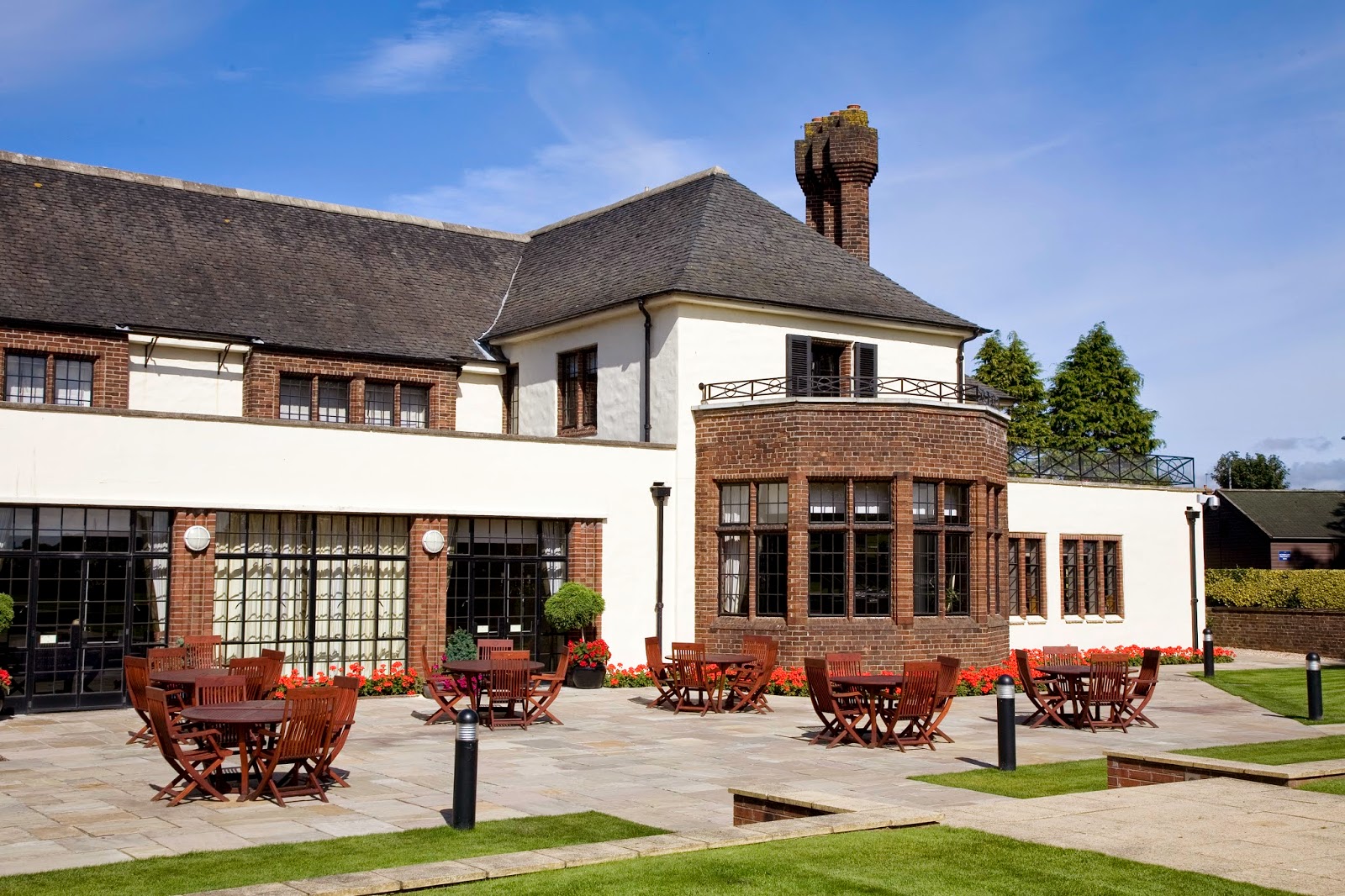 “This is a tremendous accolade, and proves that the hard work, dedication and attention to detail are noticed and appreciated by our customers.”

The annual awards are based on guest reviews and ratings published on the Laterooms.com site - one of the world’s leading hotel reservations websites.

Reviews can only be left by guests who have booked via the website and guests are asked to rank the accommodation in detail in categories including customer service, cleanliness, food and room quality, value for money and family friendliness.

The awards ceremony, presented by television star Alex Brooker, was held in the Savoy Hotel, London on Wednesday night and streamed live via the Laterooms website.

Alex Brooker, host of Simply The Guest, said: “The Western House Hotel has proven it is a ‘cut above’ over the last 12 months, having been consistently highly rated by guests who have stayed there.

“It was a pleasure to be able to recognise the hard work of the whole team at the hotel and I hope this official Laterooms.com shout out goes some way to rewarding everyone involved.”

Posted by Ayrshire Scotland Business News at 3:57 pm No comments:

£10,000 chase is the Burns Raceday opener at Ayr Racecourse next Wednesday 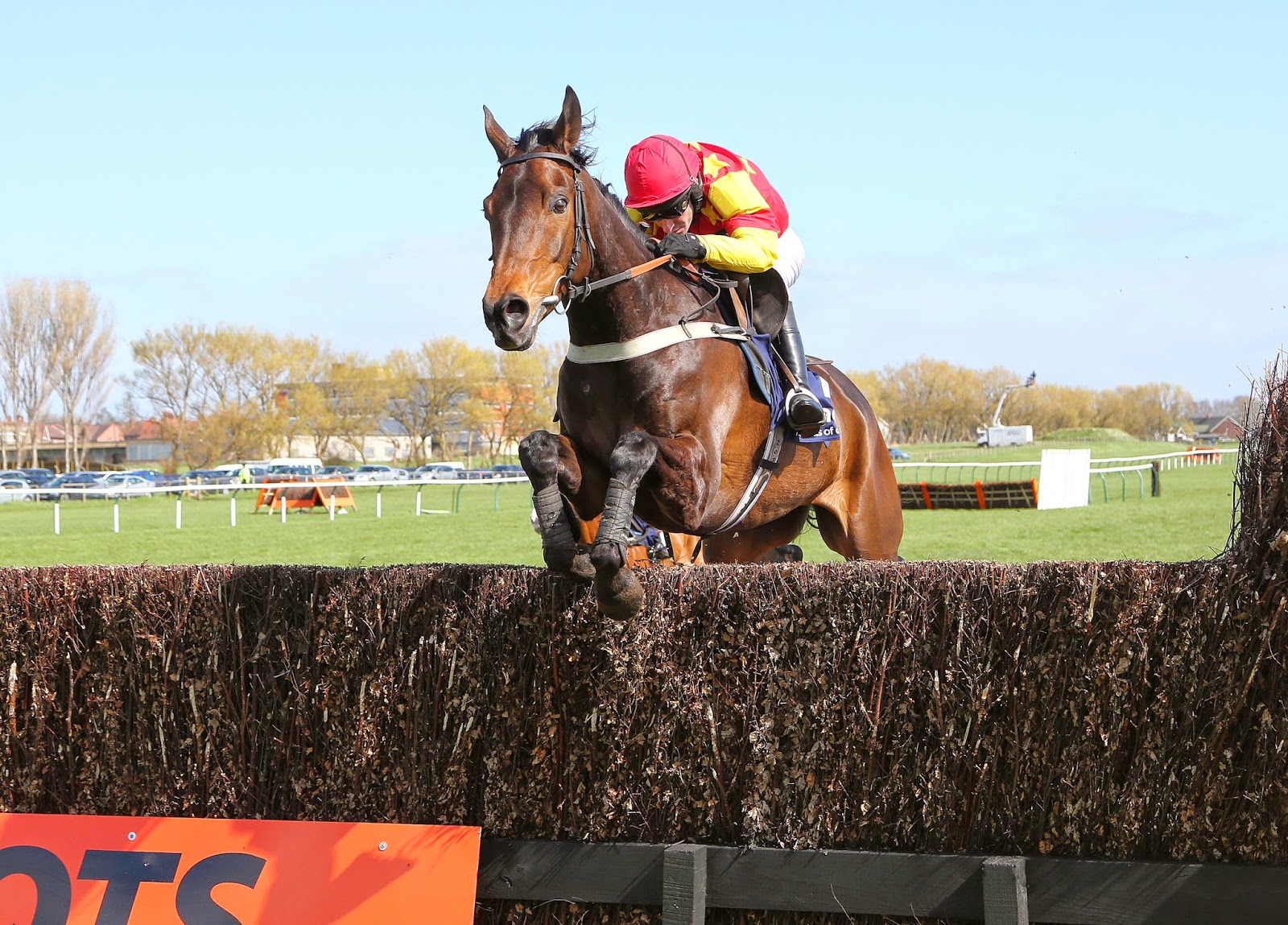 Other highlights include a three mile maiden hurdle at 1.15pm and a three mile one furlong handicap chase at 3.25pm. The final race, a two mile four furlong hurdle is due under starter’s orders at 3.55pm.

A host of leading northern jockeys including Jason Maguire, Brian Hughes, Brian Harding and Brian Harding are expected to be in action and horses from some of the top northern yards will be taking part.

Clerk of the Course Emma Marley said: “We had a severe storm with lighting and thunder and really high winds that caused damage to part of the roof in the stable yard.

“Having had a walk round with our safety officer and general manager, the site has been deemed unsafe to stage a race meeting.”

Work has already begun to ensure all is safe for next Wednesday’s meeting.

Posted by Ayrshire Scotland Business News at 5:14 pm No comments:

Leading independent Scottish property consultancy CKD Galbraith is offering for sale 53 Montgomerie Drive - an elegant family home pleasantly situated within a quiet cul-de-sac on the edge of the ever popular village of Stewarton in East Ayrshire. The neighbourhood is becoming increasingly popular with commuters due to its proximity to the M77 and with excellent local schooling and a variety of shops on hand it is ideal for families alike. 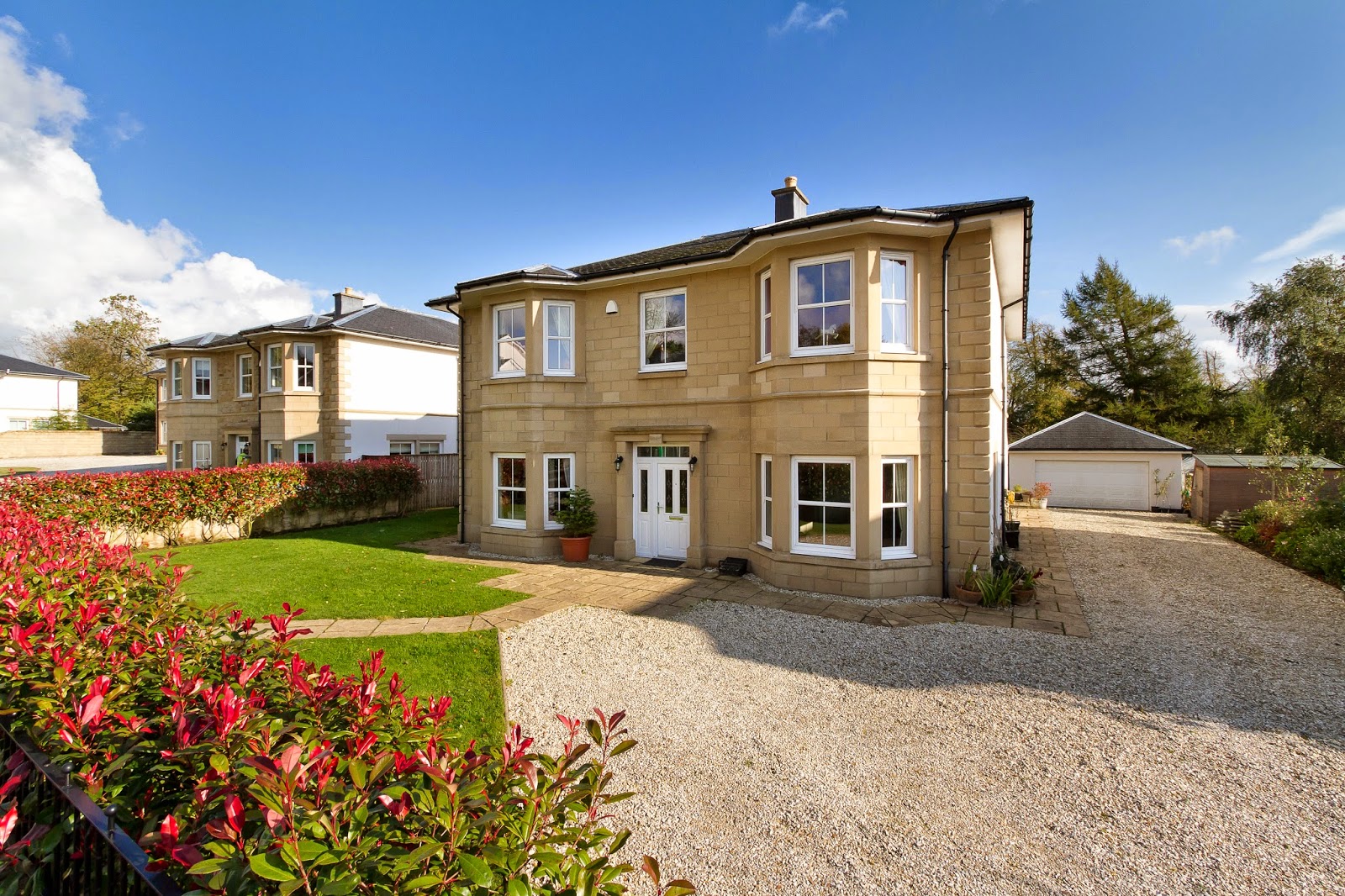 Completed in 2009, the property is built of blonde sandstone under a slate roof and has an appealing symmetrical layout. The accommodation is well proportioned and the finish throughout is excellent. 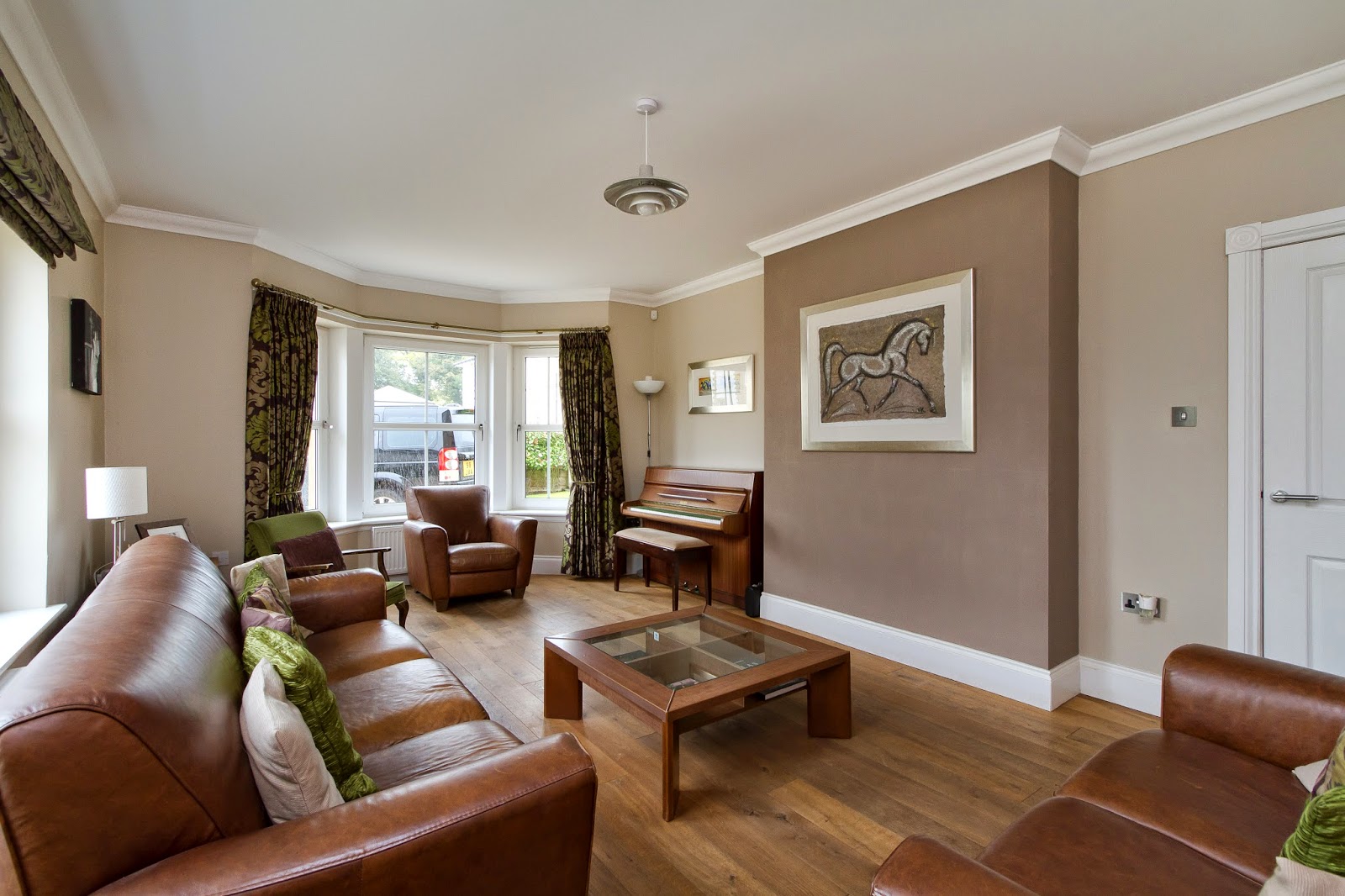 The living and dining room lie on either side of a wide central hall and both are bright, formal rooms. 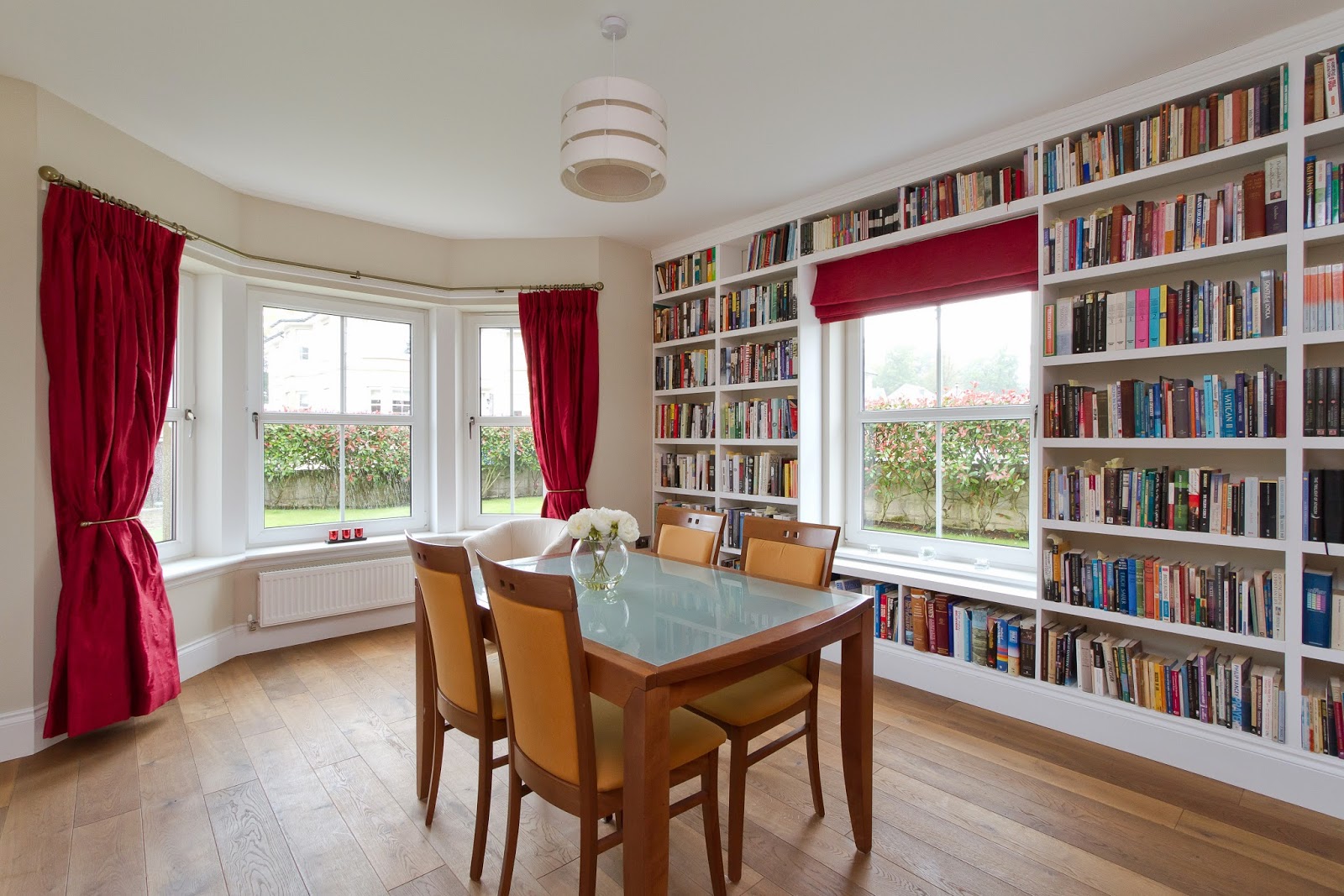 The family room lies off the kitchen to the rear of the house and is a sociable room for more relaxed entertaining. The kitchen is undoubtedly the hub of the house. Shaker style wall and floor units are complimented with oak worktops and there is easily enough space for dining. The utility room lies off the kitchen and has a door to the garden. 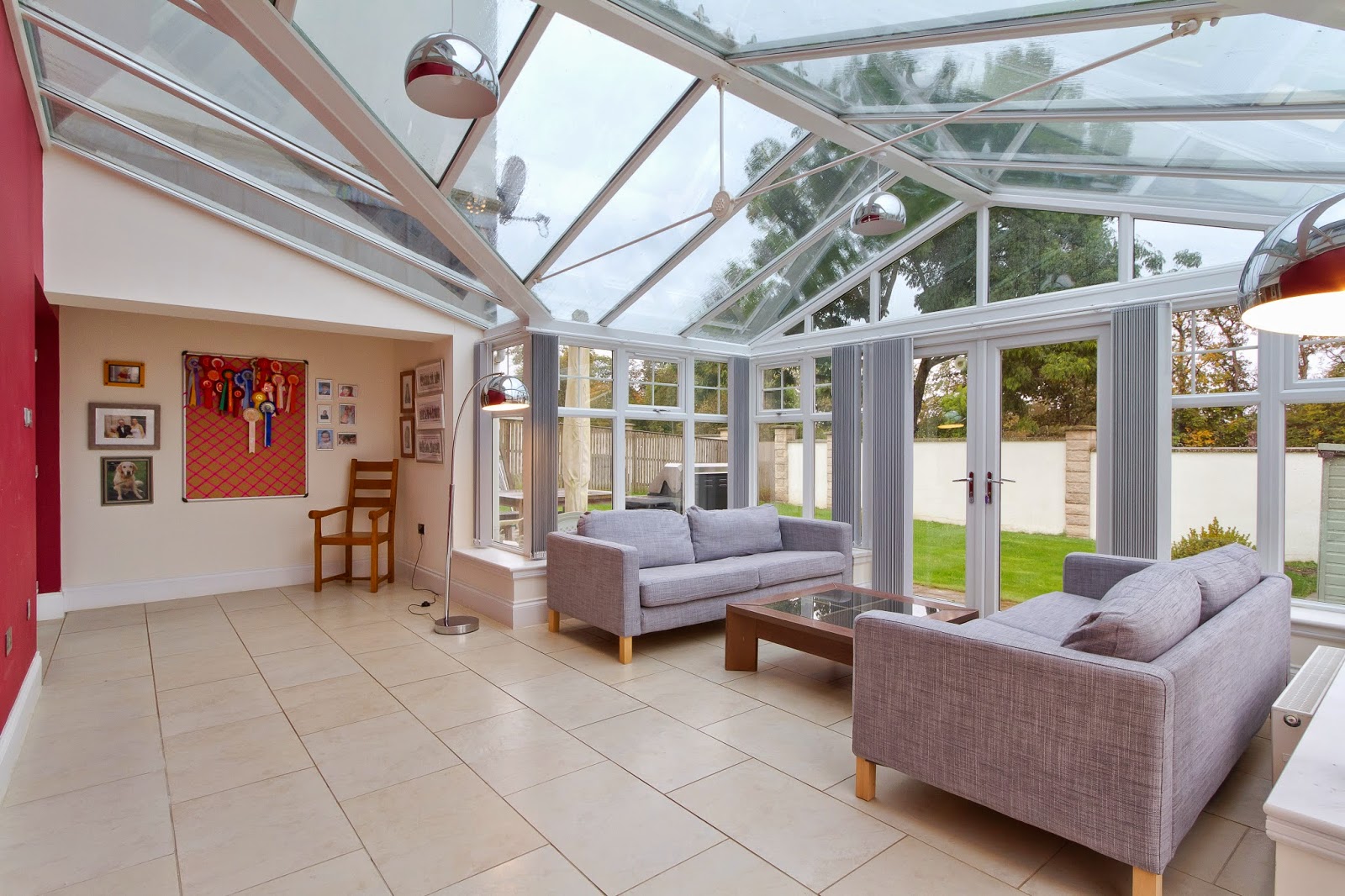 The conservatory also lies off the kitchen to the rear and faces south. A large study and WC complete the accommodation on the ground floor. 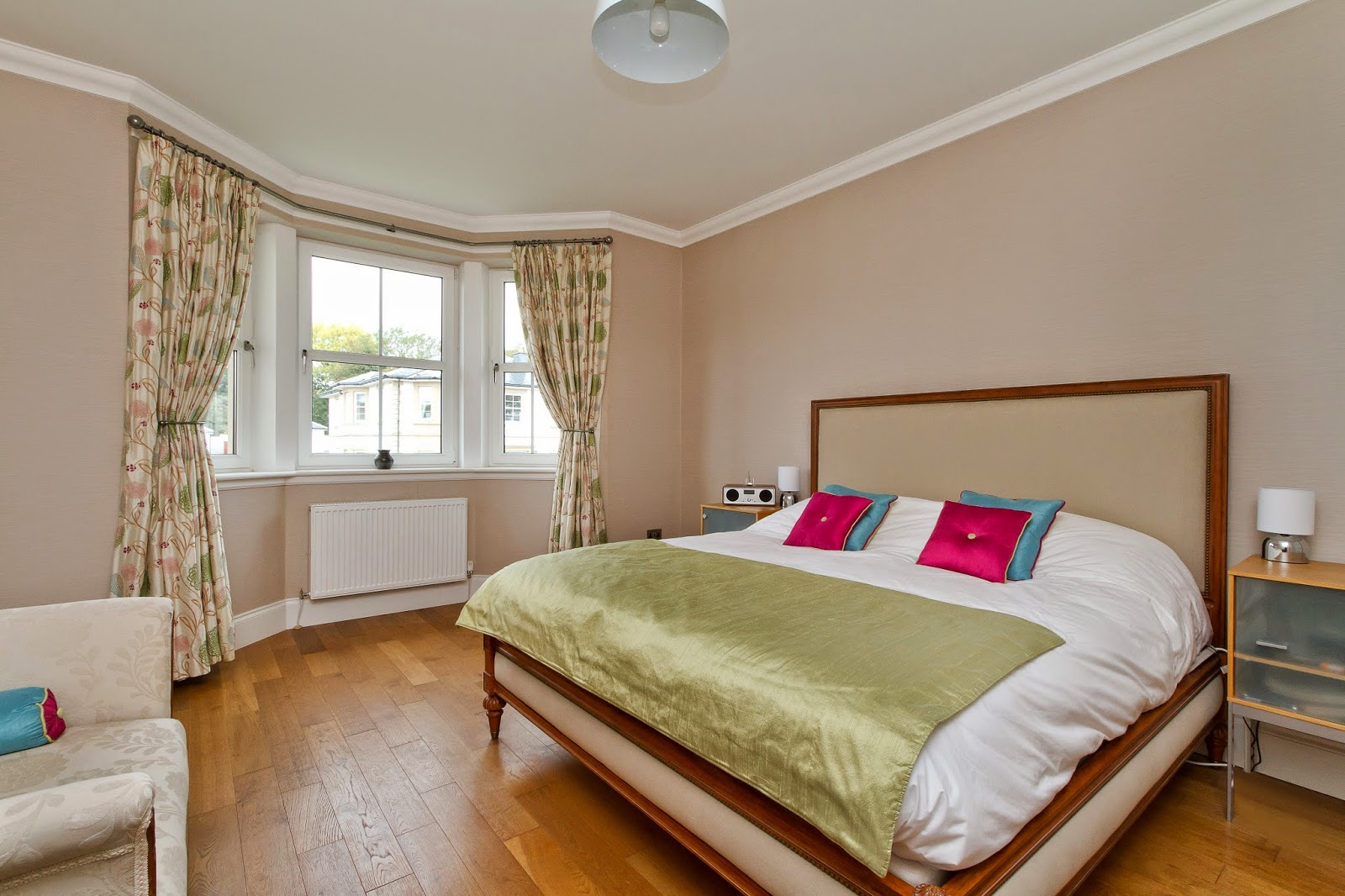 Five well-proportioned bedrooms are located on the first floor. 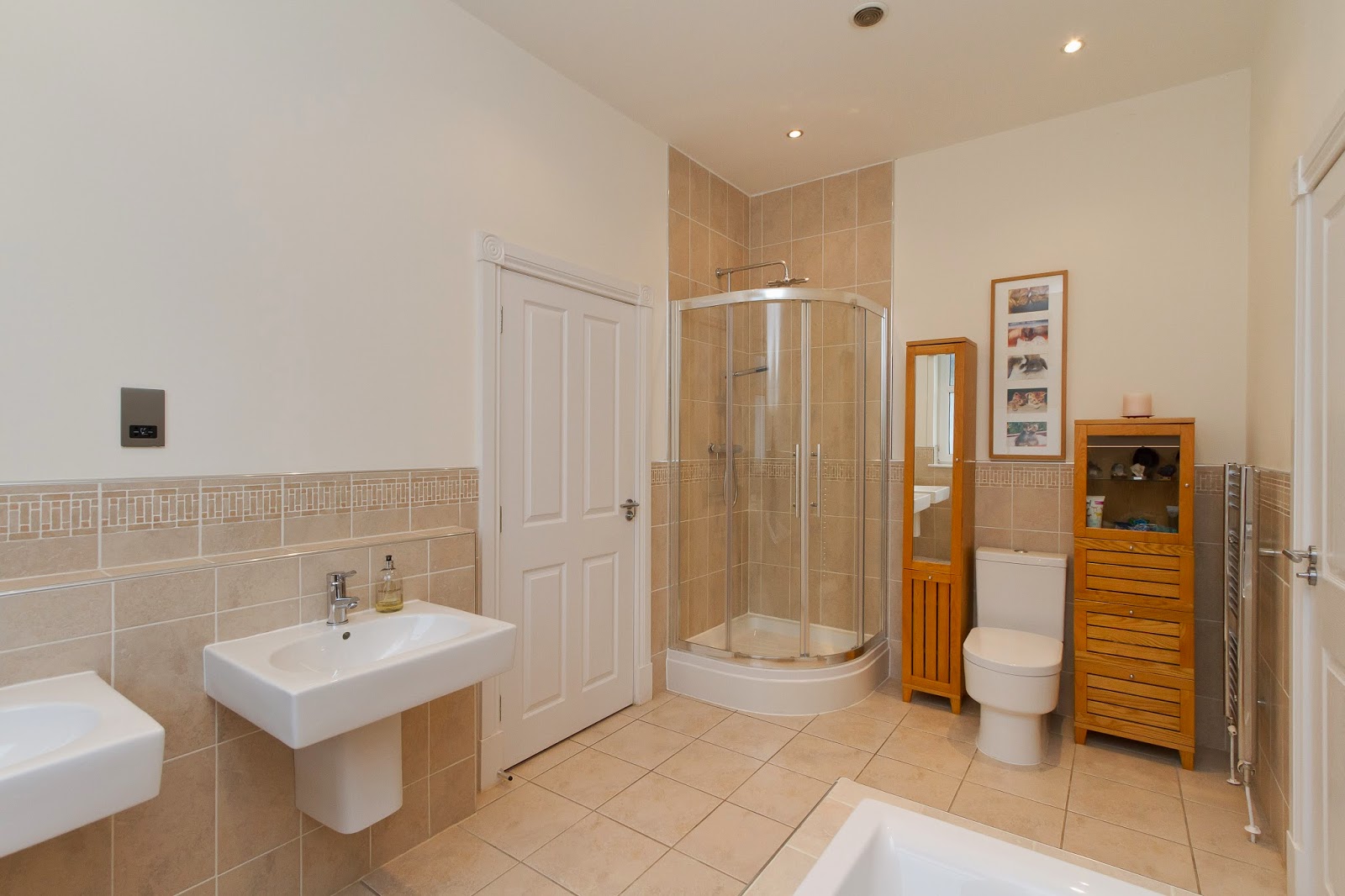 The master bedroom has a dressing room and ensuite bathroom and there is a jack and jill bathroom between bedrooms 4 and 5. A further bathroom serves the remaining two bedrooms. 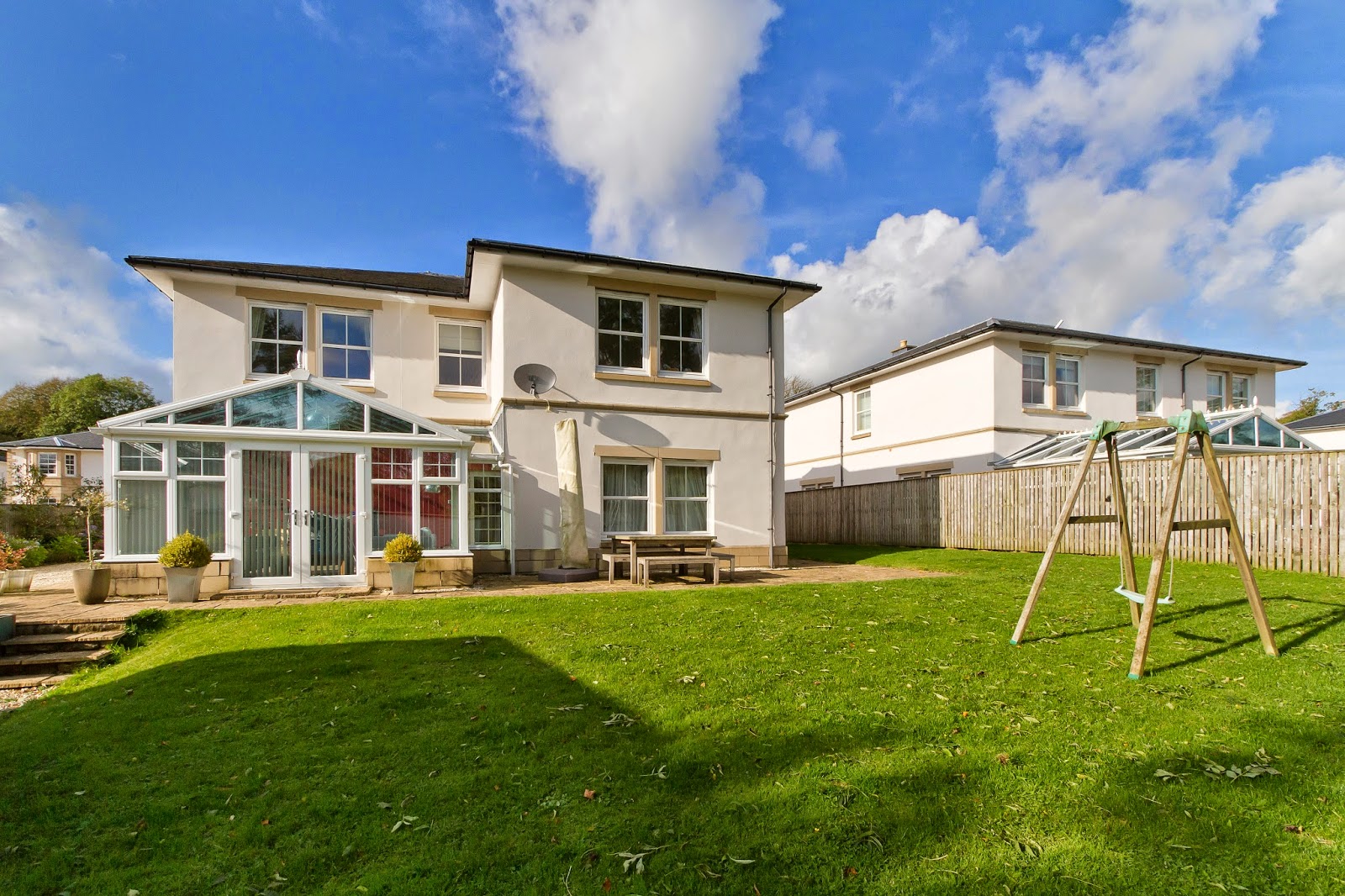 Number 53 stands within generous gardens which are fully enclosed – a safe haven for playing children. A level lawn curves around the house to the rear and is bounded by a variety of seasonal shrubs and plants as well a number of fruit trees including apple, pear, plum and cherry. A paved patio extends from the conservatory and there is also a detached brick built garage with automatic door.  An additional acre of land is available by separate negotiation.

Posted by Ayrshire Scotland Business News at 5:51 pm No comments: