Frazer Coogans Commercial Solicitors are delighted to announce the appointment of Craig Currie to join their busy team based in Ayr. 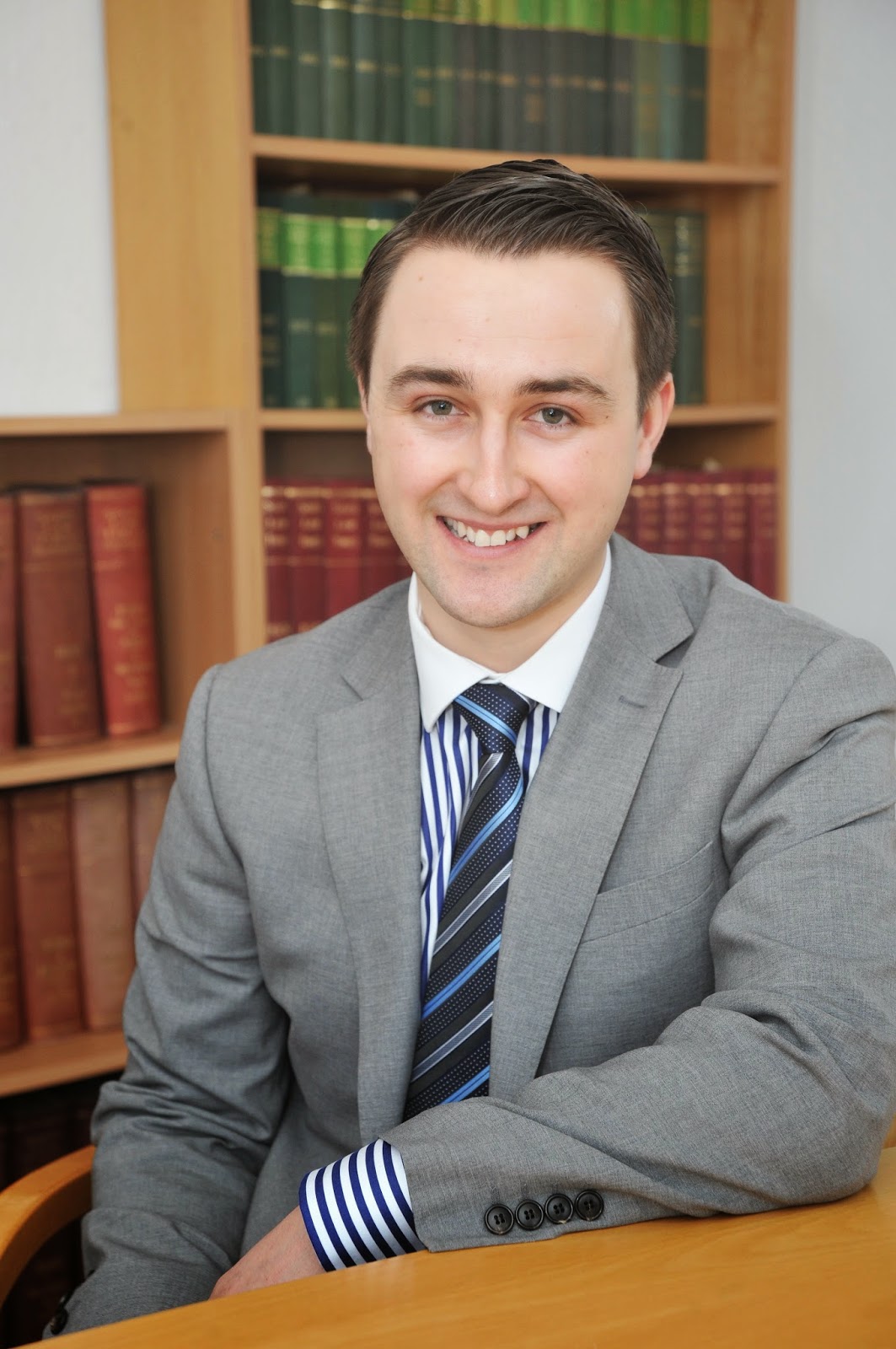 Prior to commencing his legal training, Craig (pictured above) was educated at Wellington School, Ayr, where he developed a passion for public speaking and debating, in which activities he represented the school on numerous occasions.

After leaving school, Craig gained a sound appreciation of the commercial sector through several business development management positions with national companies in addition to completing his legal studies.

Craig graduated with Honours from the University of Glasgow in 2011, where he subsequently obtained a Diploma in Legal Practice in 2012.

Craig joins the Frazer Coogans Commercial team after qualifying as a solicitor having completed his traineeship with a highly reputable regional/city commercial firm, where he developed and gained experience in Agricultural, Commercial and Residential Property in addition to Private Client matters.

Craig’s remit at Frazer Coogans will include Agricultural and Commercial Property, as well as advising clients on Wills and Estate Planning with particular regard to Inheritance Tax matters.

In his spare time, Craig enjoys playing football, as well as following international rugby and tennis. 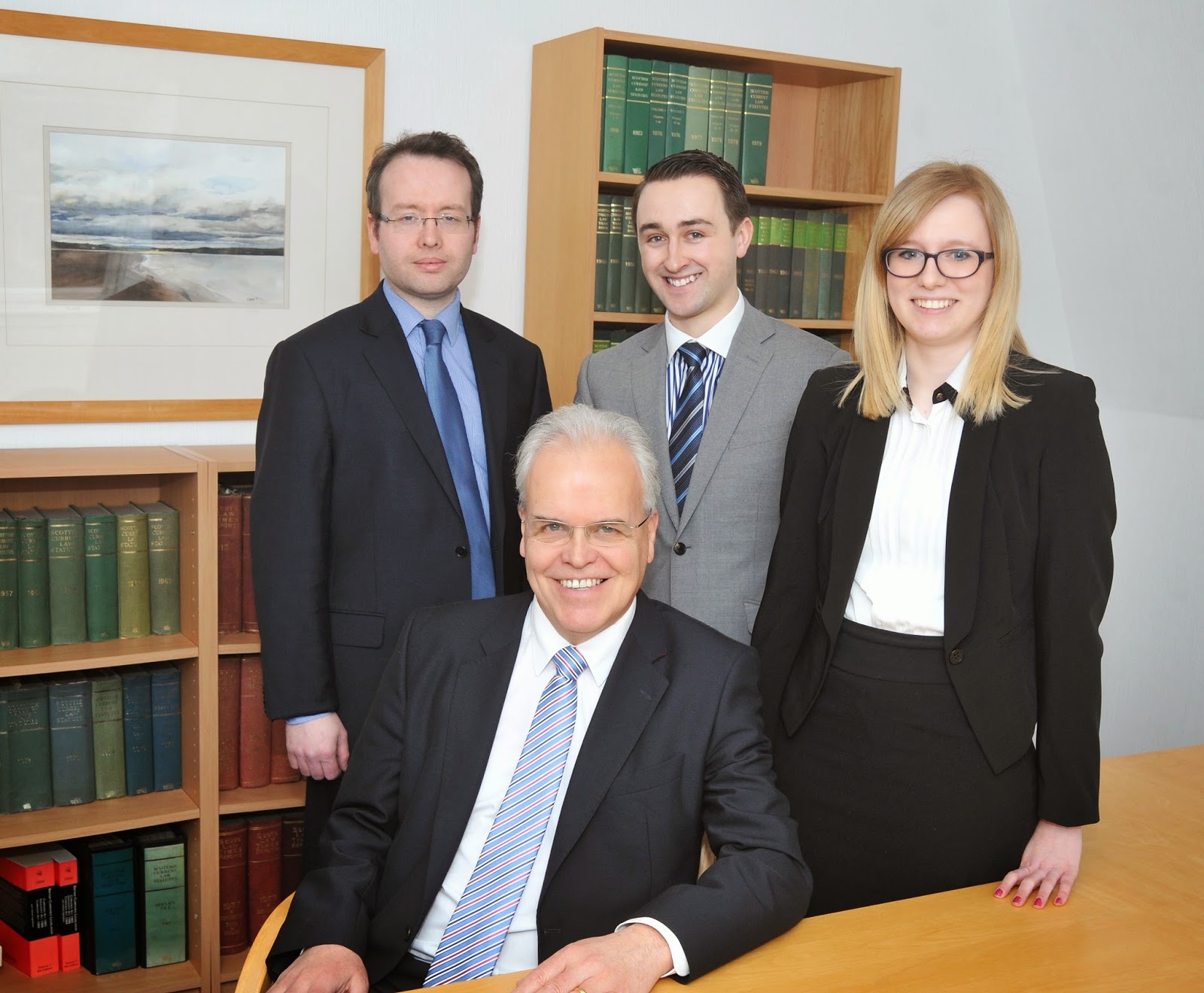 Frazer Coogans chairman Norman Geddes commented “We are delighted to have been able to appoint a local solicitor of Craig’s calibre to our busy commercial law team. His experience and background are an ideal complement to the work we carry out daily.”

Frazer Coogans Solicitors is a Founder Member of the Elite Ayrshire Business Circle.

Posted by Ayrshire Scotland Business News at 4:31 pm No comments:

A single candle is to remain lit at County Buildings in Ayr for 12 months, symbolically representing darkness falling over Europe as the First World War began in 1914. 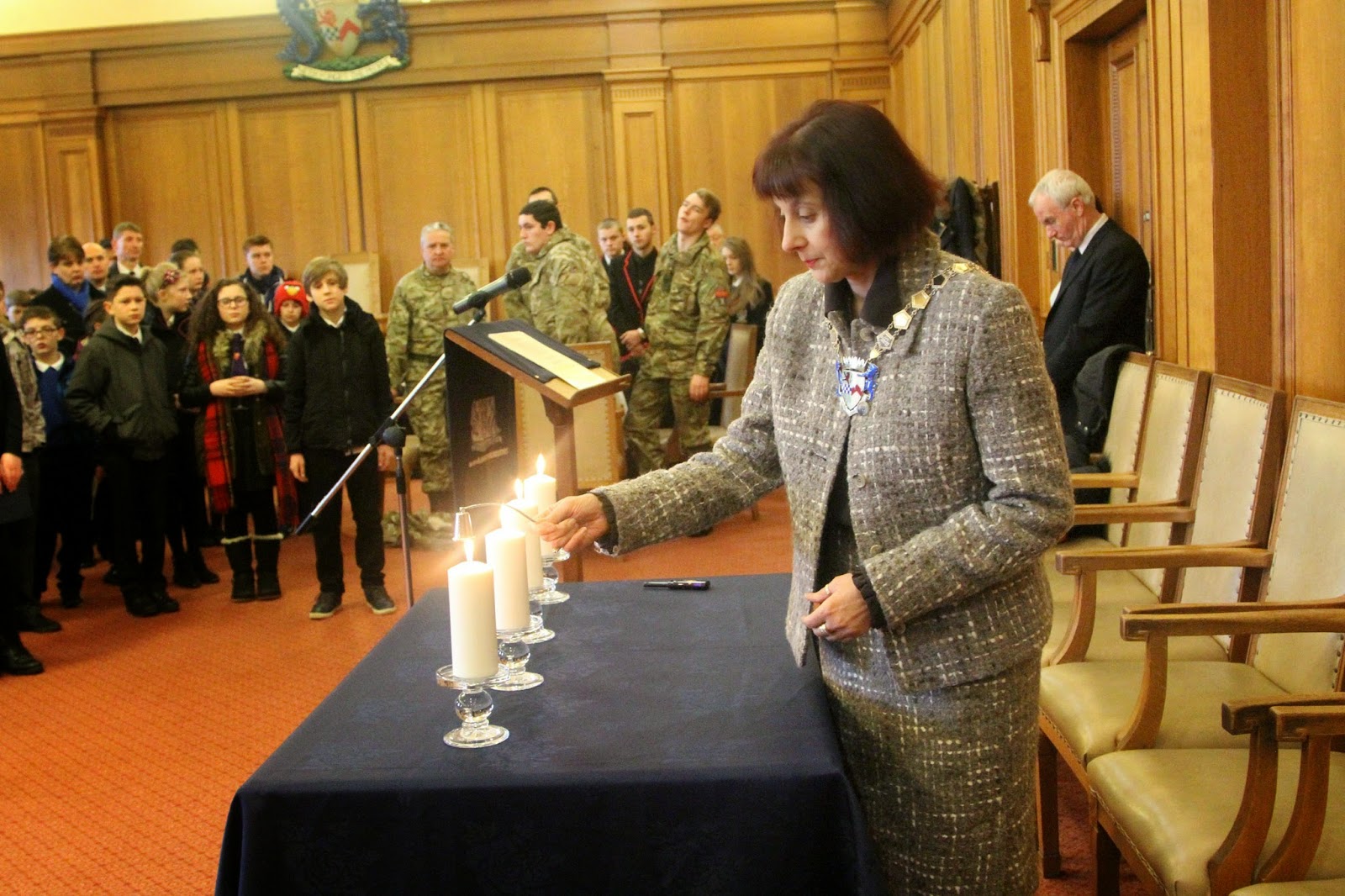 The candle was lit on Commonwealth Day, Monday 9 March, by South Ayrshire Provost Helen Moonie as part of a national ‘Single Commemorative Act’ – an initiative from the National Association of Civic Officers (NACO), which has asked every civic head in the UK to take part, uniting all civic leaders in a unique nationwide event. 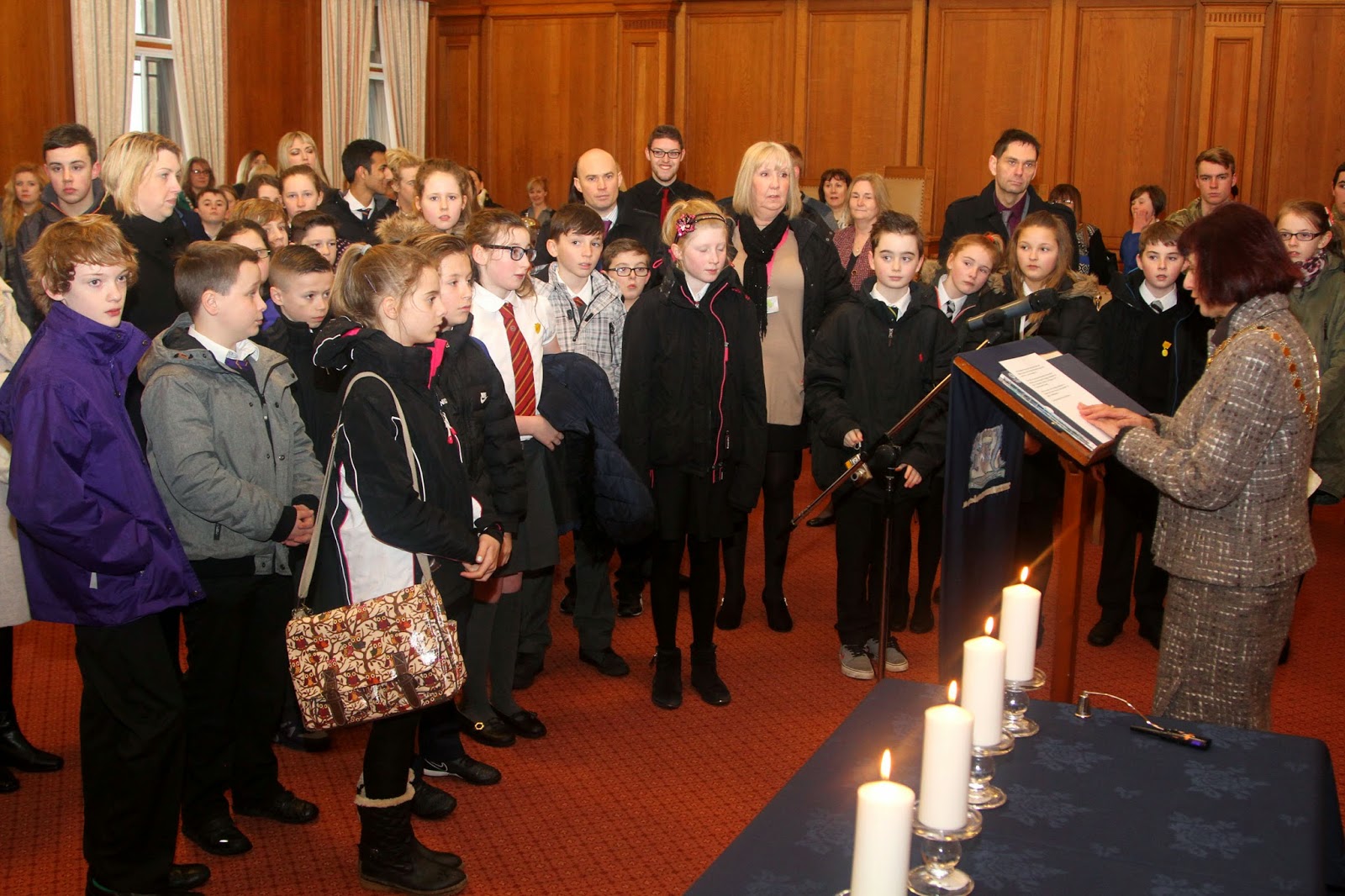 An additional candle will be added on Commonwealth Day each year until 2018, until four candles are burning – marking the years 1914-18, the duration of the First World War. 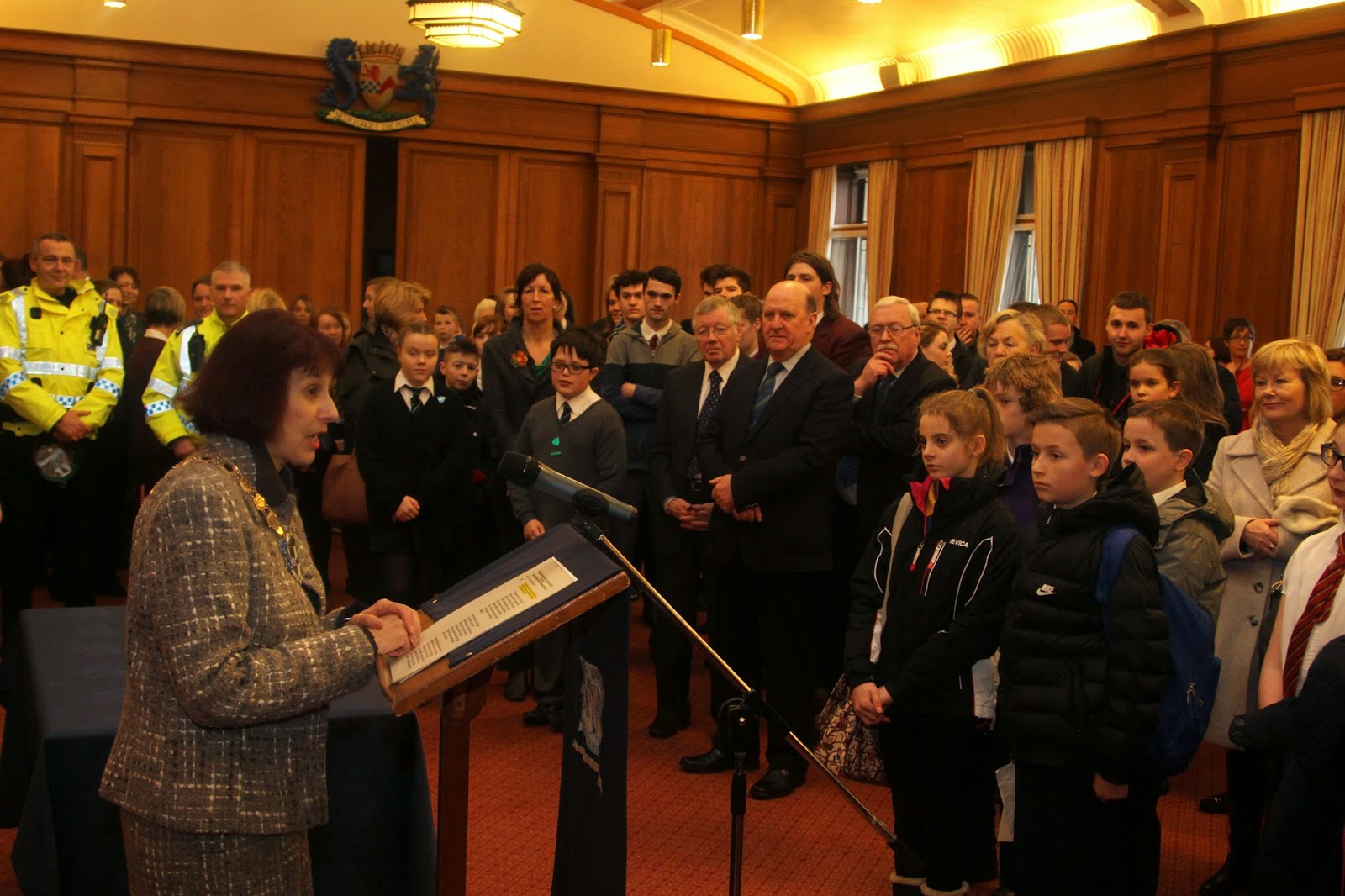 Undertaking the act on Commonwealth Day also reflects the sacrifices made by Commonwealth nations who have lost citizens in conflicts in the last 100 years. 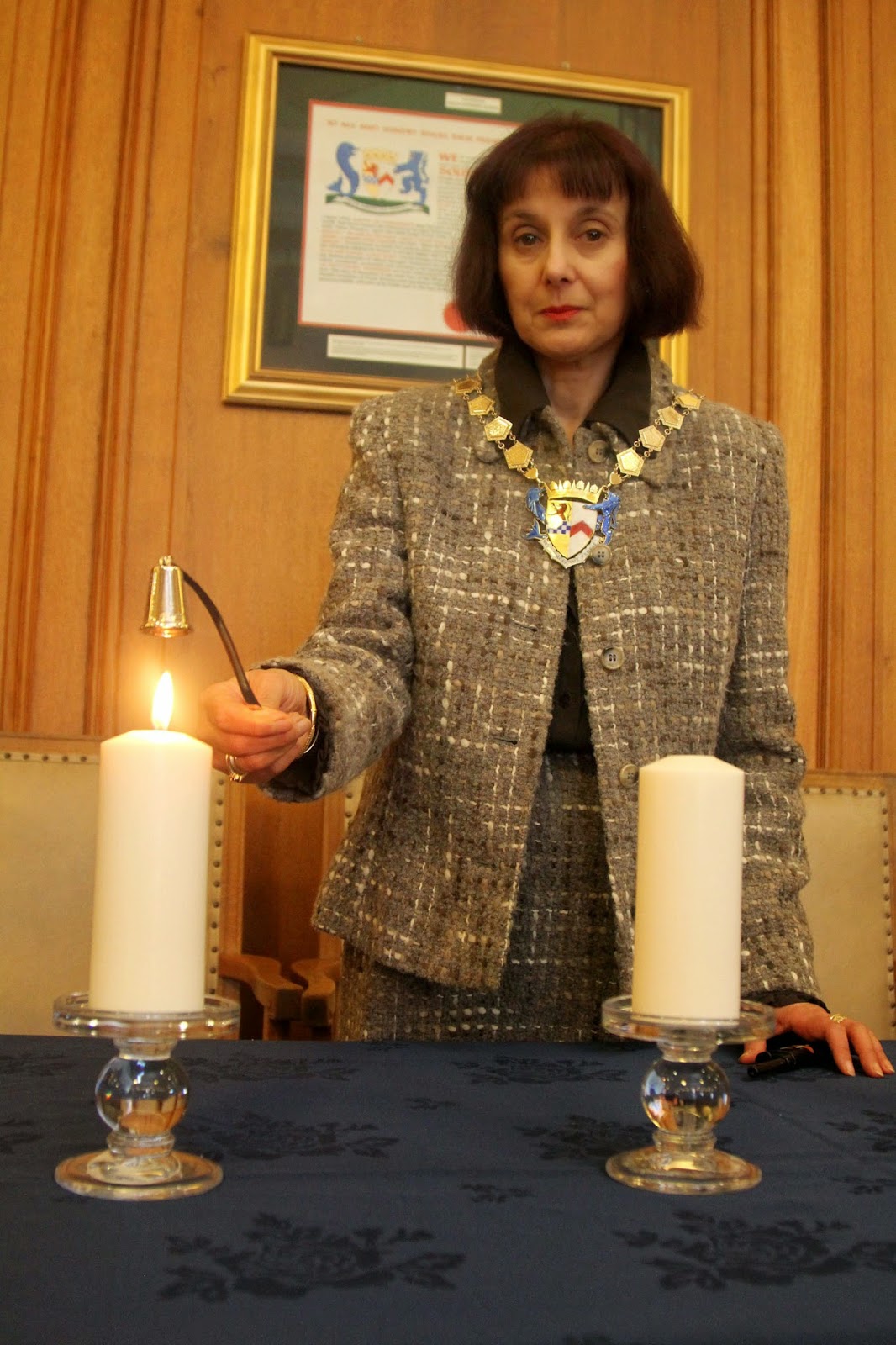 Provost Moonie said: “The Single Commemorative Act is a simple, powerful and poignant statement of hope over fear.

“It echoes the statement made by Foreign Secretary Sir Edward Gray in 1914, when Britain entered the war: “The lights are going out all over Europe, we shall not see them lit again in our lifetime.””

“Our first candle is a symbol of hope, that all nations can reach a better understanding of each other and work for the creation of a more peaceful and harmonious world and I’m proud South Ayrshire is represented in the Single Commemorative Act.” 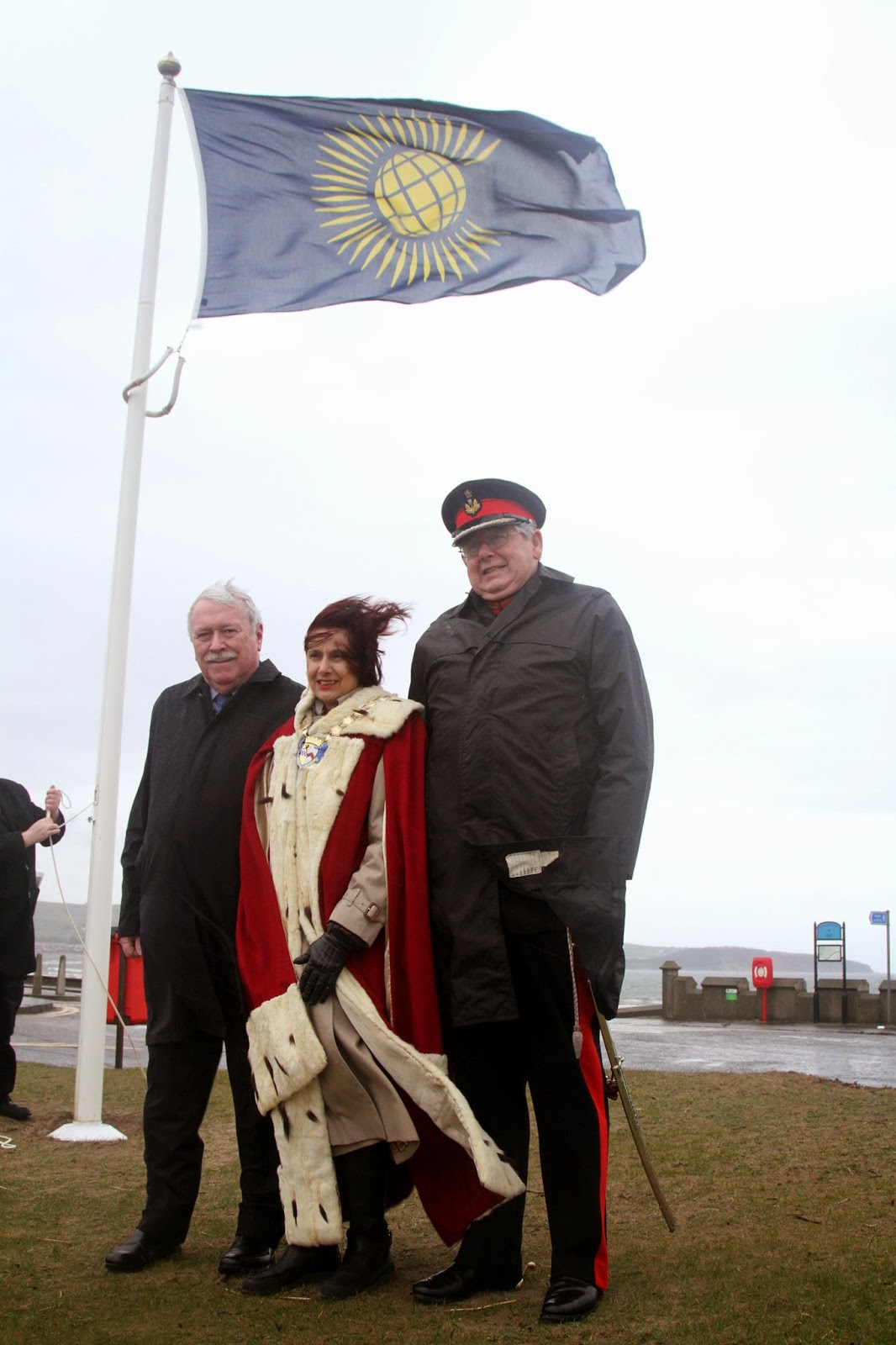 Commonwealth Day is the annual celebration of the Commonwealth of Nations, with civic dignitaries, local authorities, schools, community groups and charities throughout the British Isles taking part in local flag raising events and ceremonies of dedication.

Provost Moonie said: “Young people represent the future and those aged under 29 are now the biggest group in the Commonwealth – which means they will be the Commonwealth leaders for tomorrow.

“South Ayrshire is fortunate to have so many active, caring and passionate young citizens, who are already showing they have the skills, passion and dedication to make a real difference for others, now and in the future.”

A special message from Her Majesty Queen Elizabeth II was read out by the Lord Lieutenant of Ayrshire and Arran, John Duncan QPM and the Commonwealth Affirmation was read by Councillor Bill McIntosh, Leader of South Ayrshire Council.

Provost Moonie added: "The Commonwealth Flag is a reminder that we are part of a much bigger family – one where we can all learn from each other, sharing ideas, respecting cultures and valuing all people.

“I’m happy our young people know this – and do it so well.

“Today’s flag raising is a celebration of the Commonwealth and our youth – and we’ll do everything we can to support and encourage all our young citizens at every step on their journey towards becoming tomorrow’s Commonwealth.”

Posted by Ayrshire Scotland Business News at 6:52 pm No comments: 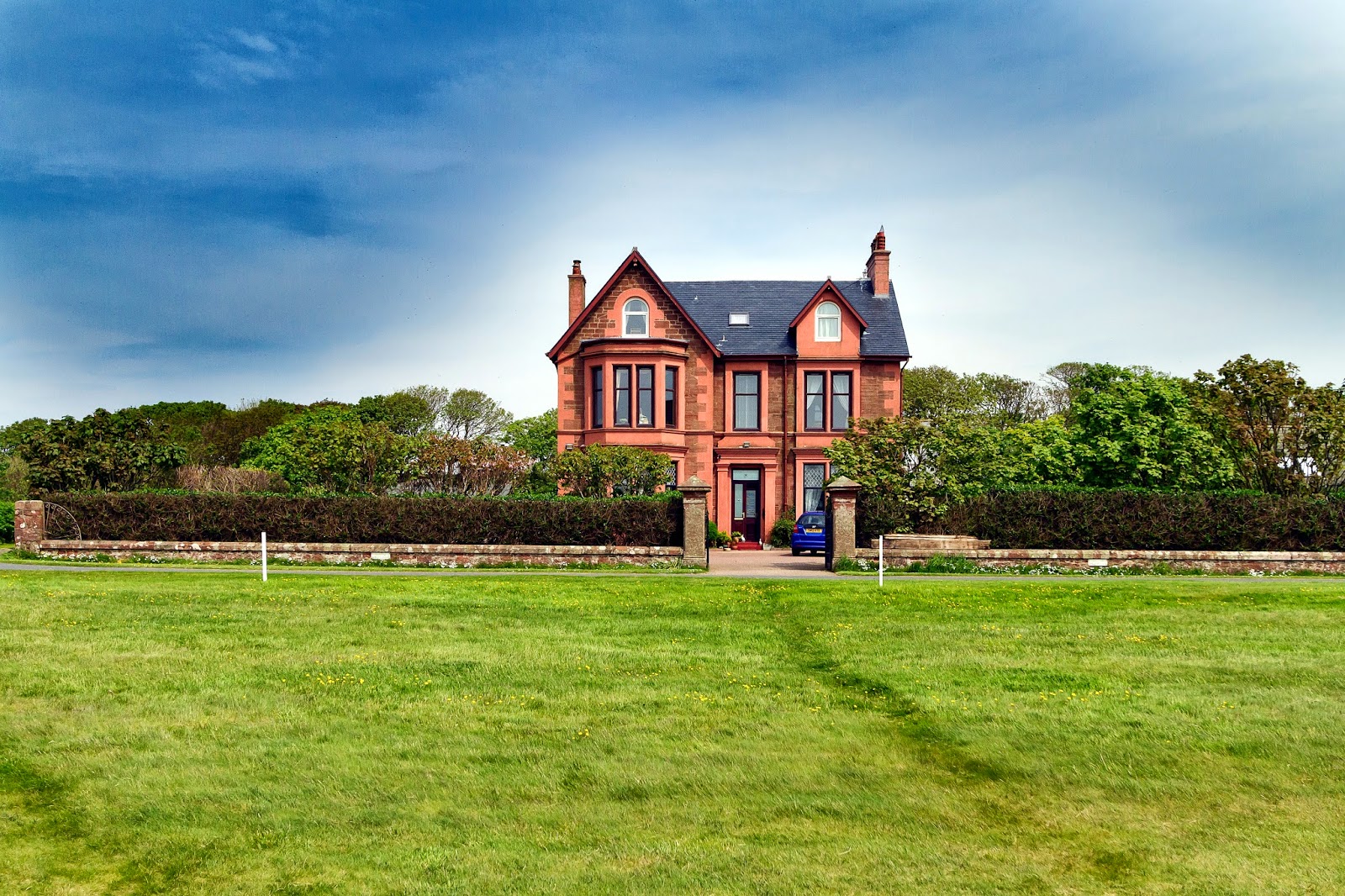 It is located in an unspoilt rural position near the quiet hamlet of Portencross, a short distance from the Craft Town of West Kilbride which offers a good range of local amenities. 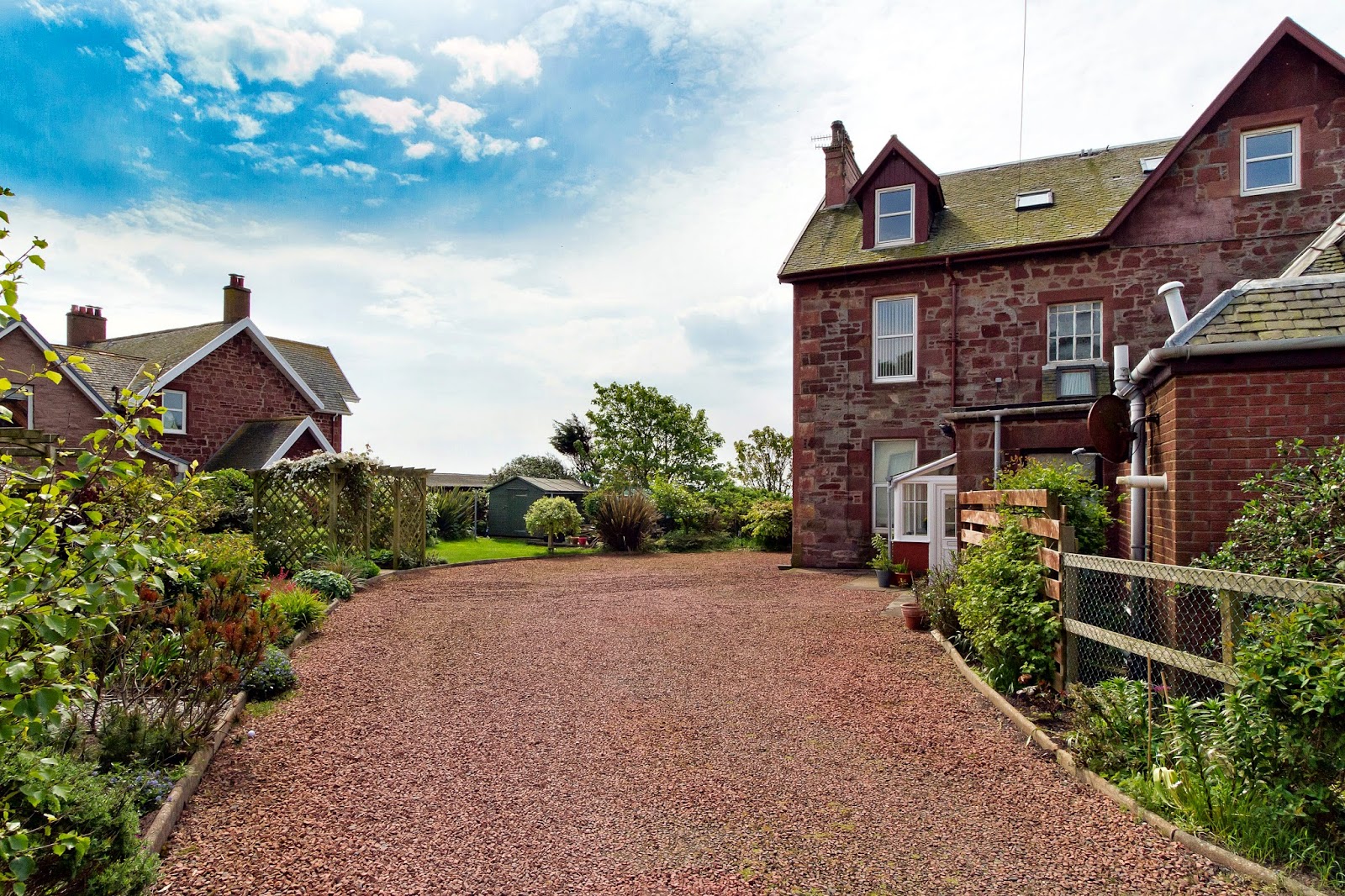 The well renowned seaside resort of Largs is about 8 miles distant and retains its local character and charm whilst having a great cross-section of amenities. The town has many attractions, including the award winning Vikingar centre, which celebrates the town’s historic Viking connections. Other local attractions include Largs Yacht Haven, and a regular ferry connection from Largs Pier to Great Cumbrae. 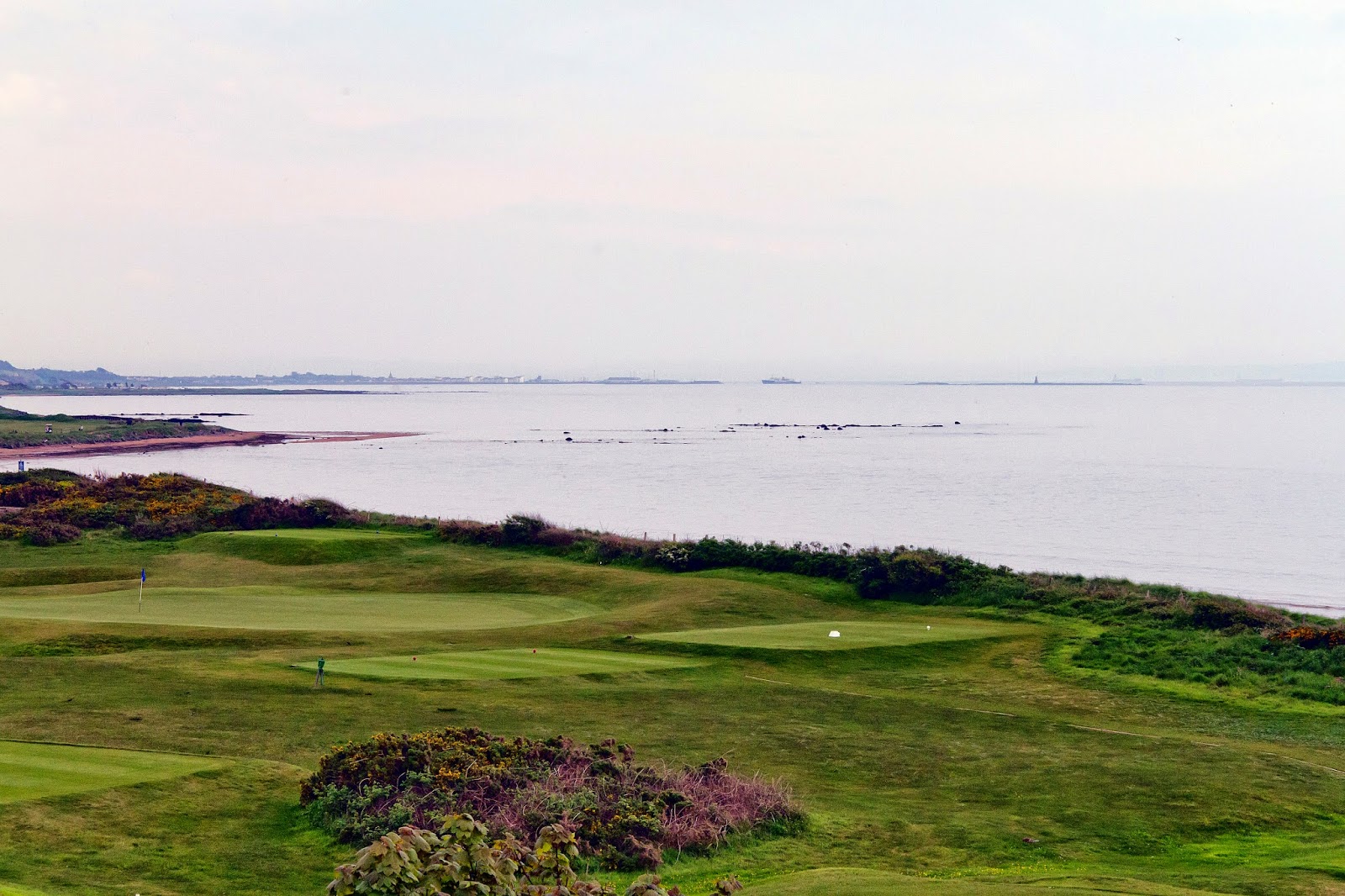 Mulloch Mhor benefits from beautifully proportioned main reception rooms with panoramic sea views over the golf course and beyond to the Isle of Arran. 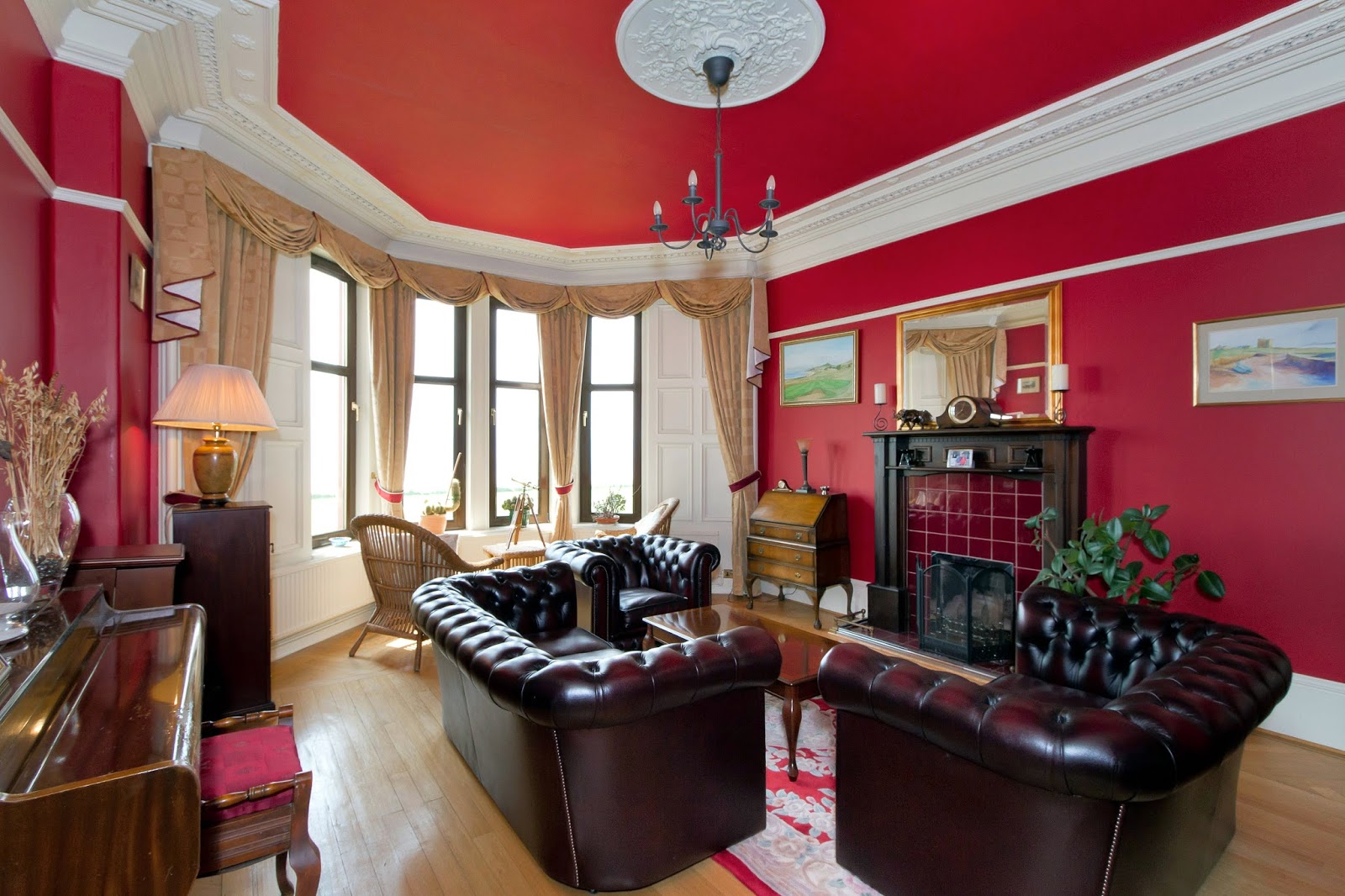 The impressive lounge with bay window has oak flooring, triple form cornicing and a coal fire set in a tiled fireplace with wooden surround. 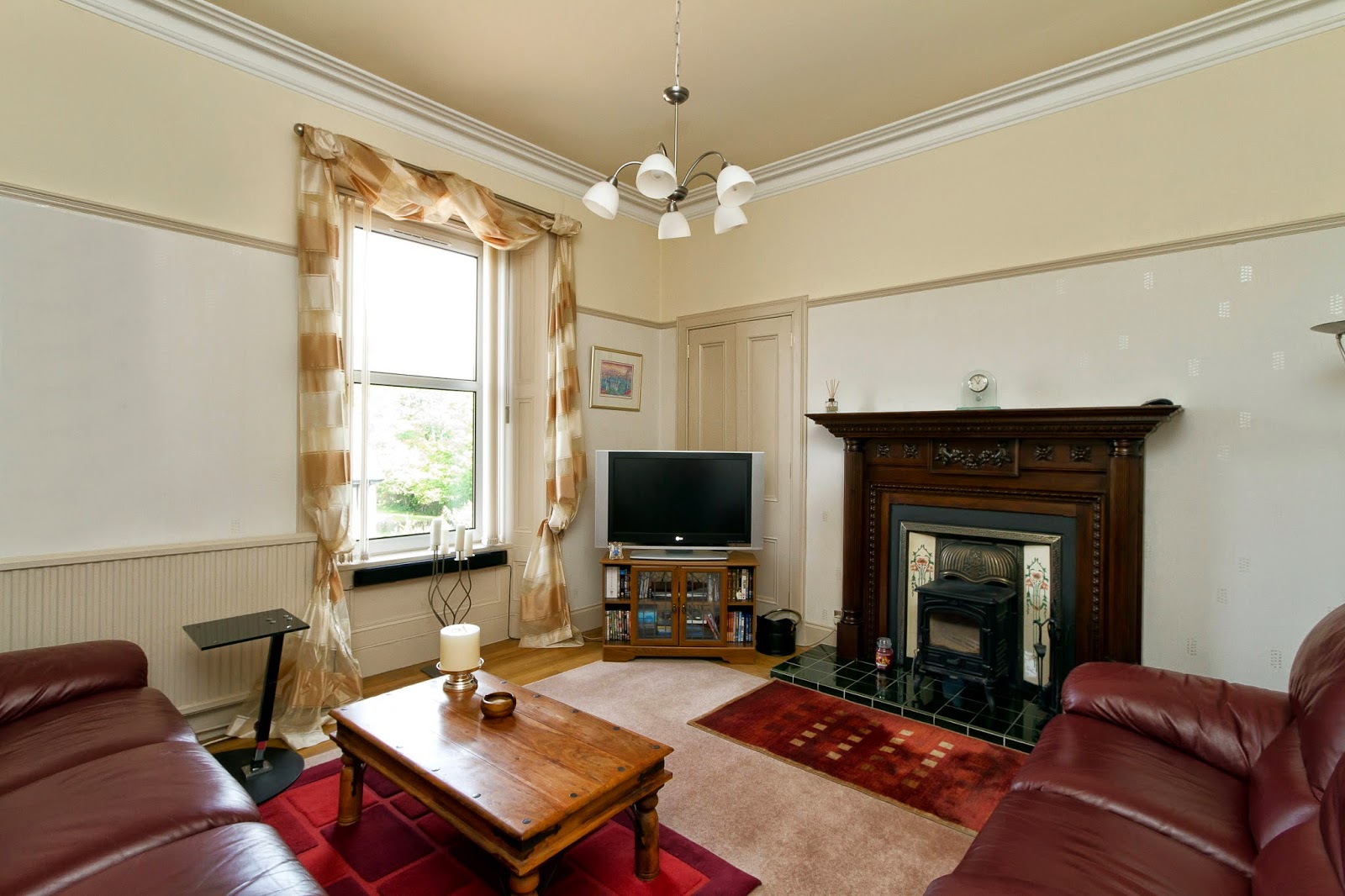 The living room has a multi fuel stove set in a tiled cast iron fireplace with mahogany surround. 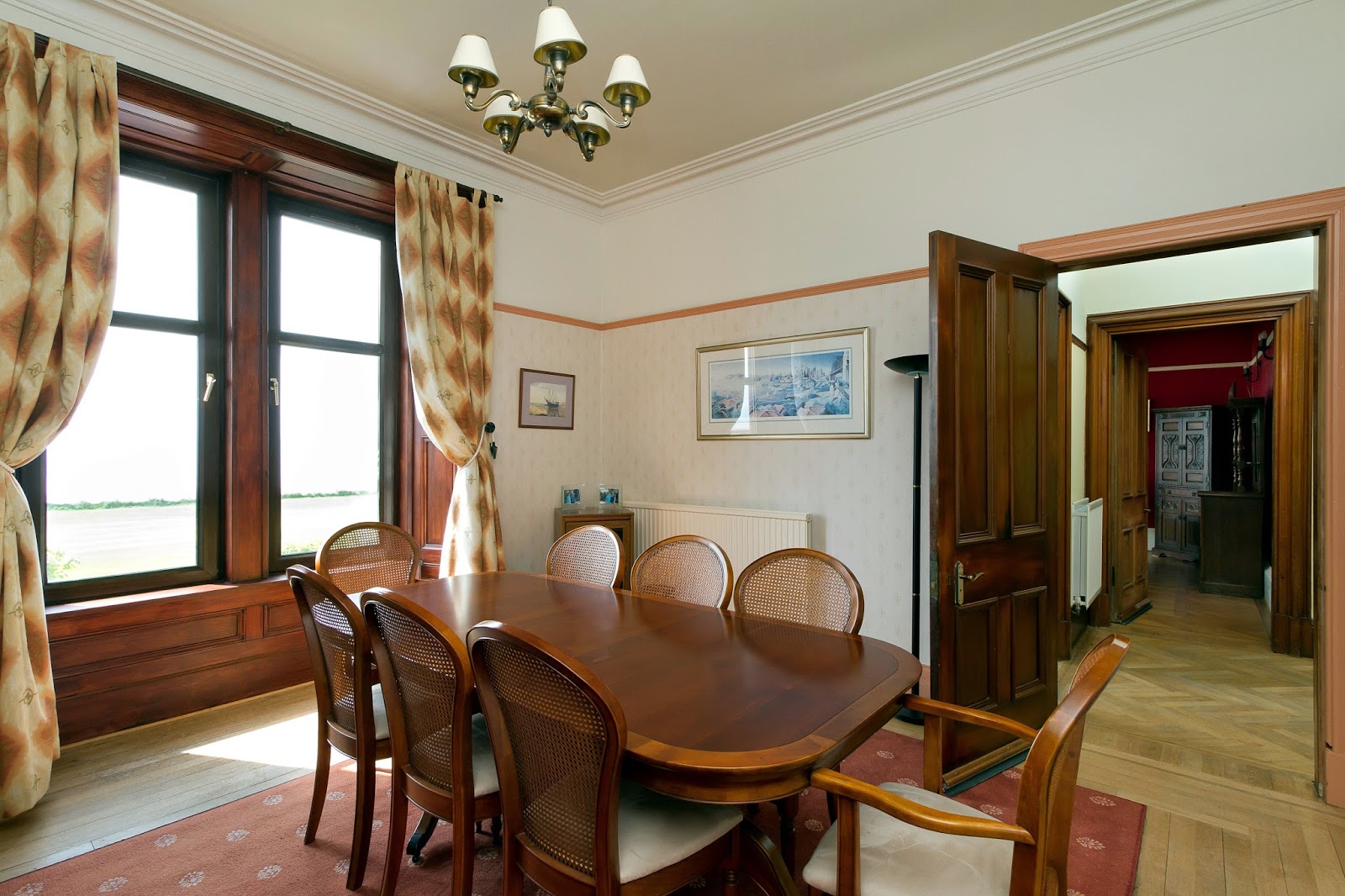 The breakfasting kitchen with Rangemaster cooker is fitted with wall and floor units.  Upstairs there are four double bedrooms, a single bedroom, a bathroom and a separate wc.

The garden is entered via a sweeping chipped drive which leads to a large mature well maintained garden with an abundance of various plants, shrubs and trees in addition there are two greenhouses, a shed and garden arbor seat. 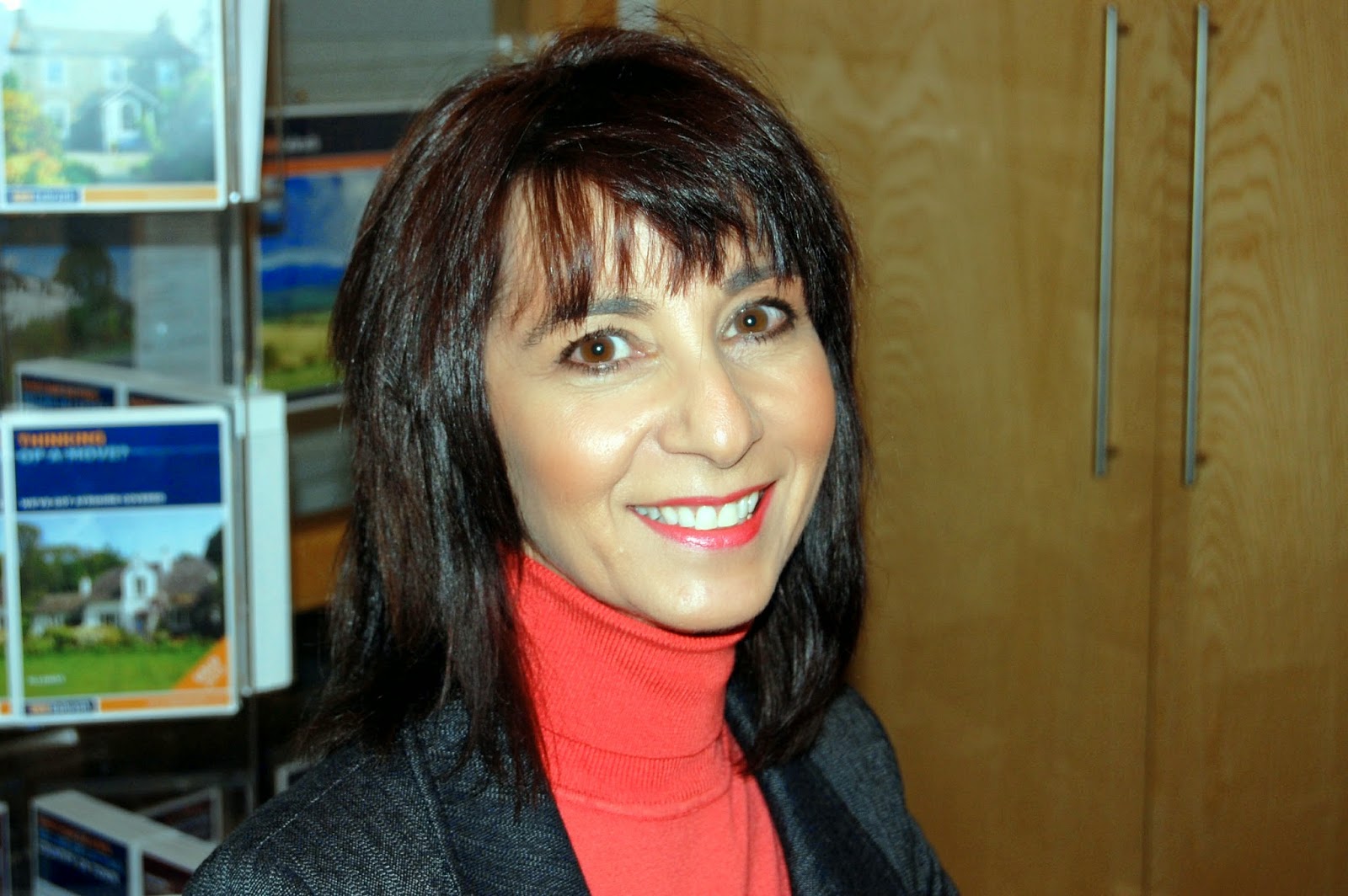 Posted by Ayrshire Scotland Business News at 6:07 pm No comments:

LEADING northern based jumps jockey Brian Hughes took the honours at Ayr at the two-day March meeting by riding a treble. 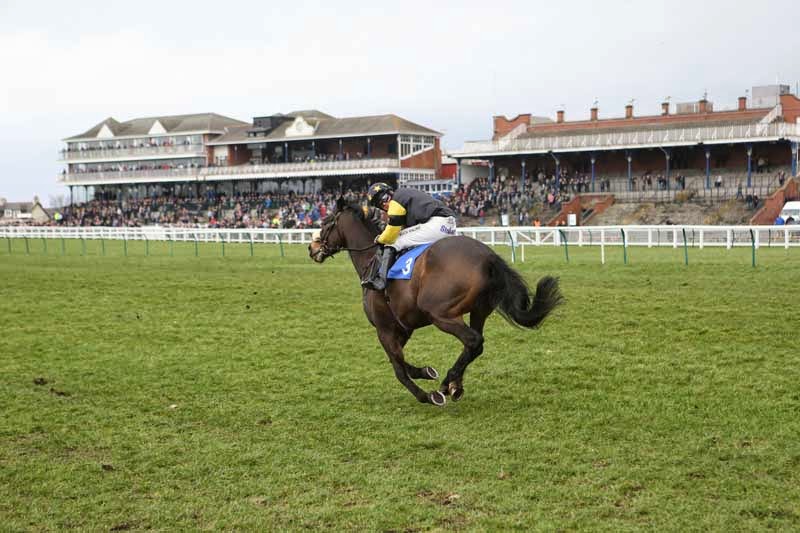 [Pictured: Dale Irving finished alone on Jim Goldie’s course specialist Too Cool To Fool in The Dawn Home’s Cotter’s Edge Monkton Handicap Chase at Ayr Racecourse on Saturday. The 3/1 chance was left on his own three out after his three rivals all fell.]

On Saturday Hughes was at his best as he gave a very positive ride to King Of The Wolds, the 9/4 favourite, to win the Dawn Homes Regatta View Fairlie Handicap Chase for the Hugh Barclay Challenge Trophy.

There were doubles on Saturday for young Scottish riders Lucy Alexander and Dale Irving. Lucy rode Little Glenshee (8/1) to land the Dawn Homes’ Ayrshire’s Favourites Mares Handicap Hurdle and followed that by partnering Benny’s Secret (12/1) to success in the National Hunt Flat Race. Both horses are trained by Lucy’s father Nick.

Dale Irving finished alone on Jim Goldie’s course specialist Too Cool To Fool in The Dawn Home’s Cotter’s Edge Monkton Handicap Chase. The 3/1 chance was left on his own three out after his three rivals all fell.

Dale then steered James Ewart’s Sa Suffit to victory in the Hugh King Sand Handicap Hurdle at odds of 14/1.

There was a popular win on Friday for the Sue Smith trained, Jonathan England ridden Minella Fiveo in the two mile handicap hurdle for the James Barclay Challenge Trophy. The 9/4 favourite slaughtered his field to win by six lengths much to the delight of Sue’s husband Harvey Smith who was representing the yard.

Presenting Junior (12/1) won the two and a half mile handicap chase on Friday for trainer Martin Todhunter and jockey Wilson Renwick and could now be aimed for the Coral Scottish Grand National in April.

Saturday winner Sir Vinski (2/1 joint favourite) could also be in action at the Coral meeting after impressing connections by landing the two and a half mile handicap hurdle. Trainer Nicky Richards thinks there could be a race for the horse at April’s big fixture.

Posted by Ayrshire Scotland Business News at 3:48 pm No comments: