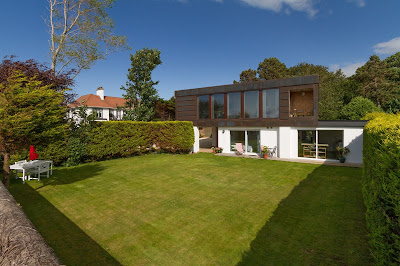 Racecourse View is one of Ayr’s cherished addresses, and has many lovely homes which overlook the tended green of the old racecourse and towards the Firth of Clyde. 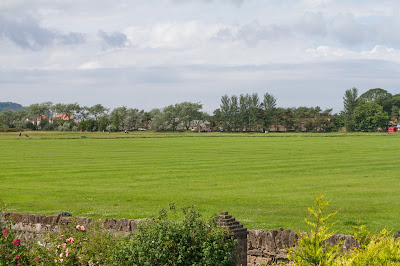 The house has been carefully designed to take full advantage of the views with a first floor sitting room and a covered balcony.

The construction of the property is of particular relevance. Built around a steel frame the upper walls are copper clad and are maintenance free with a one hundred year life span. The roof was recently renewed, and in addition the double glazing has all been replaced. 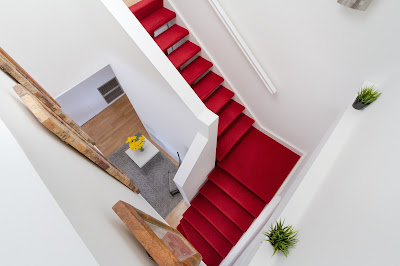 Internally the accommodation offers over 3000 square feet of excellent family accommodation. The entrance hall is bright and welcoming, emphasised by a full height ceiling and also has the unusual addition of a lift as well as stairs to the upper level.

There is a bedroom with an ensuite shower room on the ground floor. 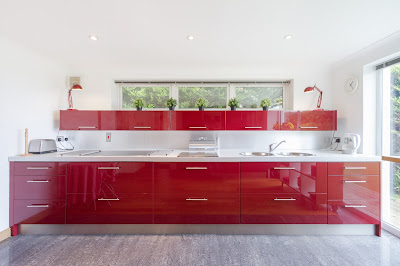 The kitchen is fitted with a range of bespoke modern units designed for practical living and with the importance of light in mind. Patio doors open out to a decked terrace which is sheltered by mature trees and privately screened from neighbouring properties. 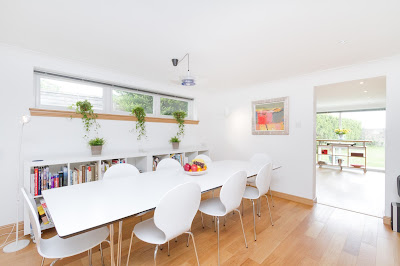 The dining room flows through from the kitchen and onto a garden room beyond – all individual rooms but the continuous oak flooring and lack of doors give the rooms an open plan feel. There are also two useful utility rooms. 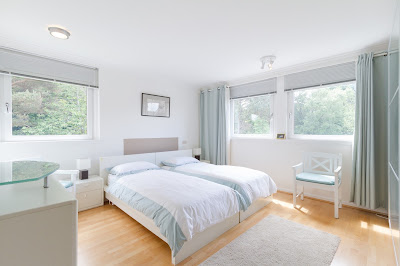 Five bedrooms are located on the first floor, two of which have ensuite facilities, and there is a separate bathroom. 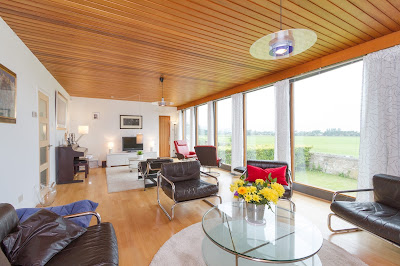 The sitting room is a wonderful room with floor to ceiling windows offering far reaching views and a gas fire. An adjacent butler’s pantry is perfect for housing glasses and drinks and the covered balcony is the ideal spot to relax and soak up the views.

The gardens are easily maintained and equally as practical. Level lawns are fully enclosed and afford a surprising level of privacy. There is also a single garage with an electric door and a large carport.

Posted by Ayrshire Scotland Business News at 6:44 pm No comments:

Five designers have been chosen to take part in Scotland’s first ever textile and fashion showcase in Hong Kong.

25 designers applied for funding to be part of Scotland Re:Designed’s showcase in March 2016 at PMQ, one of Hong Kong’s most prestigious venues. 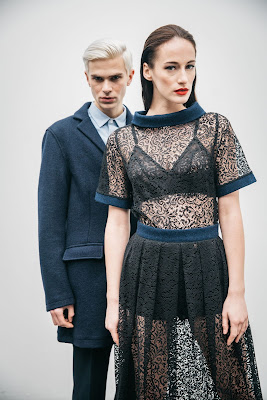 The five fully funded designers were chosen by a panel of expert judges including Director of Graduate Fashion Week, Martyn Roberts, David Watts, Fashion Business Advisor and former Business Support Manager at the British Fashion Council, SWG3 founder Andrew Fleming-Brown and Chris Hunt, founder of Scotland Re:Designed. The designers will promote Scottish fashion and design to Hong Kong consumers, media and industry at a series of pop up shops and exhibitions.

Cabinet Secretary for Culture, Europe and External Affairs, Fiona Hyslop, said: “Scotland is home to a thriving textiles industry with an annual turnover of £756 million which supports 9,500 jobs. Scotland Re:Designed is a fantastic opportunity to promote Scottish fashion in Hong Kong and I congratulate each of the five designers who were successful in securing a place at this prestigious event.

“Scotland Re:Designed is supported by the Scottish Government and we are committed to ensuring the profile of Scottish design and innovation remains high. I’m confident this event will demonstrate to the world that Scottish fashion is bold and exciting with a vibrant future.”

Chris Hunt, founder of Scotland Re:Designed, said: “We are delighted to be able to support five Scottish businesses in developing their brands further in the Far East through sponsorship from the Scottish Government.

“This showcase in Hong Kong will provide an unparalleled experience for the designers and will give them the chance to connect with invaluable contacts in the Hong Kong fashion, design and manufacturing industries.

“It is also an excellent opportunity for us to showcase Scotland’s fashion and textile community internationally; showing people across the world what we are capable of.”

MYB Textiles design director Margo Graham concluded: “We are delighted to have been included in this amazing opportunity to visit Hong Kong as part of the SR:D showcase group, commissioned by the Scottish Government.

"It presents an opportunity to raise the profile of the MYB brand, alongside other very talented companies and Scottish designers, in such an exciting potentially growing market.”

For more information on SRD and the designers taking part in the Hong Kong showcase visit www.scotlandredesigned.com

First launched at Scotland Week in New York in 2012, Scotland Re:Designed was created to facilitate fashion, accessories, interiors and textiles designers and manufacturers, giving them an opportunity to build their brand and businesses both in Scotland and on an international stage.

MYB Textiles houses the world’s only Nottingham Lace design team. This coupled with their specialist knowledge of Scottish Madras makes MYB an industry world leader. MYB Textiles are recognised worldwide for their commitment to ensuring the highest quality of production – driven by continual product and design innovation, new technology and a highly skilled workforce. This allows MYB to supply both volume and small runs of bespoke designs quickly, whilst maintaining the highest quality standards in the industry.

Posted by Ayrshire Scotland Business News at 8:03 pm No comments: