South Ayrshire Council Leader Bill McIntosh has said local communities will bear the brunt of the financial position the Council faces as the result of the Scottish Government’s Local Government Finance Settlement for 2016-17. 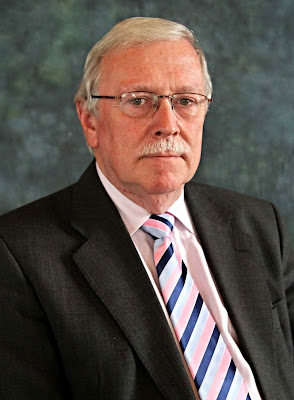 Councillor McIntosh (pictured above) was speaking as the Council confirmed its acceptance of the settlement and the terms of the agreement – including continuing the Council Tax freeze for another year, subject to agreement of Councillors when the final budget is set.

He said: “Like many colleagues across the country, we have no choice but to reluctantly accept this brutal settlement from the Scottish Government, which will undoubtedly have dire consequences for our finances and the services we currently provide.

“The Scottish Government has made a very clear choice to allocate its funding in a way that lets the axe fall on local government and this means it’s our people and communities who will bear the brunt.

“Councils have been placed in an impossible position by the Scottish Government, and it’s only because the alternative would make our financial position even more untenable that we have accepted this settlement and we have made that clear to Mr Swinney.

“We’ll be setting our revenue and capital budgets for 2016-17 on Thursday 3 March and there’s no doubt Councillors will need to make some very difficult decisions indeed as we work to find millions of pounds of additional savings.

“Our focus in setting our budgets has always been to protect vital frontline services and protect jobs, and we’ve been very effective in achieving that while minimising the impact on the people we serve.

“However, there’s only so much trimming and tweaking that we can do, so we’re looking long and hard at the services we provide and considering if we can afford to keep delivering in the same way.

“Undoubtedly, we’re going to have to take the kind of decisions we have purposely worked hard to avoid until now – stopping services, reducing services, or delivering services in a very different way.

“Councillors will agree what this means in practice at our budget meeting on 3 March and, regrettably, our communities will need to be prepared for the harsh reality of the impact of the Scottish Government’s actions.”