The number of house sales across Scotland faltered in December, although predictions for expected new sales over the next three months remained steady, according to the December 2016 RICS UK Residential Market Survey. 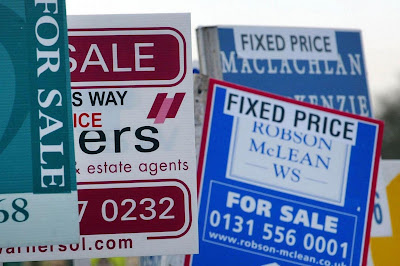 While it remains to be seen if this is a temporary setback, 2% more chartered surveyors saw a fall rather than a rise in sales across Scotland last month. Figures for predicted sales over the next three months were slightly more positive, with 15% more respondents anticipating an increase in sales during the coming three months -  albeit down from 26% previously.

Supporting the predicted slow start to 2017, the survey showed that the number of potential new house buyers was only marginally positive in December following much stronger figures for the previous month (+4% net balance).  New instructions to sell also failed to see any pick-up, marking the eighth straight month of declining supply. Respondents to the survey continue to highlight low stock levels as a key concern and a lack of choice for would-be buyers is weighing heavily on the Scottish, and wide-UK housing markets.

RICS chief economist Simon Rubinsohn said: “A familiar story relating to supply continues to drive both the sales and lettings markets impacting on activity, prices and rents. The latest RICS survey provides further evidence that both price and rent pressures are continuing to spread from the more highly valued to more modestly valued parts of the market for good or ill.”

Looking further ahead, the twelve-month sales outlook is positive with 32% more contributors expecting sales to rise (rather than fall) across the UK. Looking at the differing markets within the UK, Scotland and Northern Ireland saw the strongest twelve month expectations, although figures are in positive territory across all parts of the UK.

Potentially due in part to the lack of supply there was a continued growth in Scottish house prices, with 32% more chartered surveyors reporting a rise rather than fall in prices in December, from +27% in November.

Prices expectations remain positive in the short term, with a net balance of 21% more respondents predicting prices to continue to rise over the next three months. All parts of the UK are expected to see higher prices over the year, although expectations remain relatively subdued in Central London.

Robbie Buchanan MRICS, Graham + Sibbald, Kirkcaldy, commented: “It appears buyers and sellers are content to sit tight at the moment and not take any action unless there is a good reason.”

In the lettings market, tenant demand (non-seasonally adjusted) increased marginally across the UK as a whole while new landlord instructions were more or less flat. As such, rents are being squeezed higher due to demand consistently out pacing supply. This trend is expected to continue, with respondents projecting rental growth to average close to 5% per annum over the next five years.

Posted by Ayrshire Scotland Business News at 7:23 pm No comments: