ENTRIES for the feature race at Scottish Sun Raceday on Saturday (24 June) include horses from a host of leading stables. 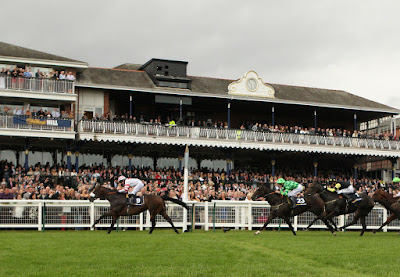 This three year-old was second in a Listed race at Navan in April and followed that with a fourth in the Group 3 Lackey Stakes at Naas, a race won by the brilliant Aidan O’Brien trained colt Caravaggio a horse that is unbeaten in all five starts. Gorane was beaten under seven lengths that day and that form would give him a real chance in the Land O’Burns.

Scotland’s hopes could rest with Mayleaf Shine, having his second run for Iain Jardine and formerly trained in Ireland by Joseph Murphy. This is a lightly raced filly and expect ‘Scobie’ to have her primed for a huge effort.

The main supporting race on Saturday is the £30,000 Scottish Sun On Sunday Champion Handicap for the Johnstone Rosebowl and I like the look of Roger Varian’s Morando in this.

This four year-old gelding won in a similar grade at last September’s William Hill Ayr Gold Cup Festival and although he will have to give weight to most of his rivals as he runs off 104 he could be very hard to beat.

To book tickets or for more information on racing at Ayr please call 01292 264179 or go online at www.ayr-racecourse.co.uk

Posted by Ayrshire Scotland Business News at 7:38 pm No comments: