South Ayrshire Councillors have agreed the strategic objectives that will be used to create a new Council Plan, and establish a clear and ambitious direction future for the Council over the next five years. 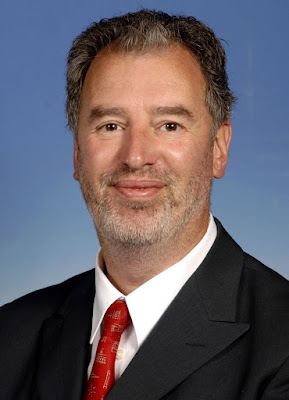 The objectives – agreed at a meeting of South Ayrshire Council – are designed to make a difference for people and communities and provide a focus for how Council services will be delivered, based on the needs of individual people.

The ambitious objectives include taking direct and sustained actions that reduce poverty and disadvantage, creating a better health and care system to suit local people’s needs, making the most of the local economy, and increasing the profile and reputation of the Council and South Ayrshire.

Councillor Douglas Campbell, Leader of the Council, said the agreed objectives will ensure the Council makes a difference where its services are needed most – particularly in relation to supporting young people and the most vulnerable in our communities.

He added: “Our next Council Plan needs to ensure that we’re focused, fit for purpose and a force to be reckoned with in making a positive difference in people’s lives.

“To ensure we achieve this, we need to take a look at why we do what we do – not just how we do it – so that we genuinely transform services and make a positive impact where it’s needed most. Regardless of what service we are talking about, our most important job is looking after people and that’s what we need to focus on – helping people, but in a different way.

“While these are high-level objectives at this stage, they provide a definitive road-map for where we want to go. For example, in taking action to reduce poverty and disadvantage, we want to close the poverty attainment gap by 2030 and adopt the use of schools as real community hubs that aren’t just a place for learning, but provide partnership-based community services that support children and families in need.

“We also want to invest in infrastructure and make a long-lasting impact on our towns and villages, dealing with some of the long-standing issues they have raised over a number of years. This will help ensure our towns are vibrant and inviting centres that offer a variety of retail, leisure and visitor opportunities and are supported by strong and viable villages.

“However, it’s not just about what we will do – it’s also about what our communities can do to help and support themselves and a big part of our job is helping them to realise that.

“The backbone of all of this will be a strong and productive workforce, working day in and day out to deliver quality services that really do make life better, and I look forward to seeing all of this come together in the new Council Plan.”

At the meeting, Councillors also reviewed the Council’s performance in 2016/17 towards achieving the strategic objectives and outcomes within the current Council Plan.

Highlights included an increase in visitor spend; a positive trend in exam results; more adults and older people receiving intensive care at home; an increase in the number of people using the Council’s pools and indoor sports facilities; positive trends in the percentage of roads requiring maintenance treatment and street cleanliness; and improvements in the condition of the Council’s operational buildings and staff absence.

Areas for improvement included supporting children and young people living in areas of relatively high deprivation to do as well as those in more affluent areas; increasing the percentage of unpaid carers feeling supported to continue in their caring role; ensuring adults have the opportunity to influence decisions affecting their local area; increasing household waste recycling; and improving the Council’s buildings and ICT infrastructure and systems.

Councillor Campbell concluded: “This latest performance report shows that significant progress continues to be made across the Council; however, we are very clear about where we need to do more and where we need to do better – and that will very much be the focus of our next Council Plan, which is a life-changing opportunity to better shape how our Council works for our people and communities for years to come.”

Posted by Ayrshire Scotland Business News at 4:27 pm No comments:

Communities have given their seal of approval to the new Ayr Academy. South Ayrshire Council hosted the building’s official opening on Monday 2 October, with young people and parents among the 180 guests on the night. 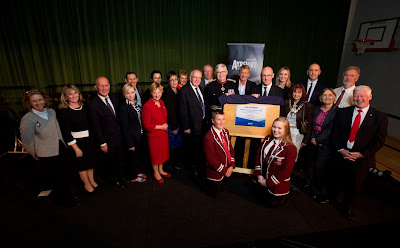 The building was officially opened by John Swinney, Deputy First Minister and Cabinet Secretary for Education and Skills, and John Duncan, Lord Lord-Lieutenant of Ayrshire and Arran, in what was one of his final public appearances before retiring. 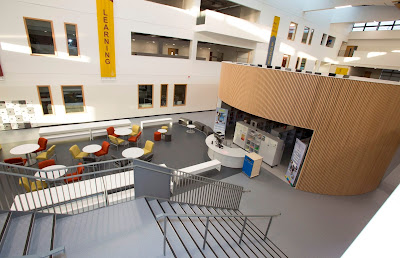 Construction of the £25million school began at Ayr's Craigie Estate in January 2016. With a history dating back to 1233, the last incarnation was built in 1880 and closed earlier this year. Its eye-catching replacement has space for up to 1,000 pupils, and features two learning plazas, a multi-use hall, two gyms, fitness/movement room, and sports pitches.

The project is part of a £94million pipeline of works being delivered across South Ayrshire in the next year, with the aim of enhancing standards through targeted investment. 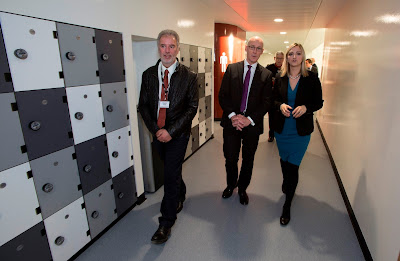 John Swinney, Deputy First Minister and Cabinet Secretary for Education and Skills, said, “At the outset of our £1.8bn Schools for the Future programme in 2009, we originally aimed to build or refurbish 55 schools across Scotland – we have now more than doubled that commitment and it is fantastic to see so many of these wonderful buildings, like this one here in Ayr, now coming into use.

“More widely, since 2007 we have completed 651 school building projects, which is almost double the amount completed over the preceding eight years.

“This is part of our aim to provide our children and young people with inspiring environments which enable all of them to engage with their learning and, which in turn, help to raise attainment. It is great to hear the positive reaction of staff and pupils at Ayr Academy to their new school and I wish them all the best for the future.”

John Duncan, Lord Lord-Lieutenant of Ayrshire and Arran said, “This magnificent new campus, with its outstanding cutting-edge facilities, will hugely facilitate attainment across the board.

“It will afford both staff and students immense opportunity as they take the ancient name of Ayr Academy into the future, building on the long legacy that name carries. They will shape its future and it will shape their lives.”

The school was built by Kier Construction and delivered by South Ayrshire Council in partnership with SWHub.

Councillor William Grant, South Ayrshire Council’s Portfolio Holder for Lifelong Learning said the event was a unique opportunity to showcase the building, “This fantastic new building has been warmly welcomed by the community, with many of them invited as special guests to celebrate the start of a new era.

“You can see that young people have been energised by their new surroundings, with staff now looking to deliver a step-change in the way lessons are delivered.

“The official opening was a great night with a lot of pride on display as pupils performed for the invited guests. And as the fanfare subsides, teachers are now focusing on the important task of enhancing education standards and delivering better results for the community.”

Lyndsay McRoberts, Executive Headteacher at Ayr Academy said, “It’s taken a lot of hard work to get the building up and running, but we’re already seeing a change in the way our young people respond.

“With a custom made building we are now able to deliver lessons in a modern environment, open up the way we learn in sessions from our break-out learning plazas, and importantly improve access to sports and physical activity.

“Taken as a whole we now have the building blocks in place to engage with young people much better than we could in the old building, which is something that we’ll use to help drive higher attainment in the years ahead.”

Posted by Ayrshire Scotland Business News at 7:26 pm No comments: