THIS year’s Coral Scottish Grand National Festival will be the richest ever in history with a massive £714,000 in prize-money – a near £100,000 increase on last year. 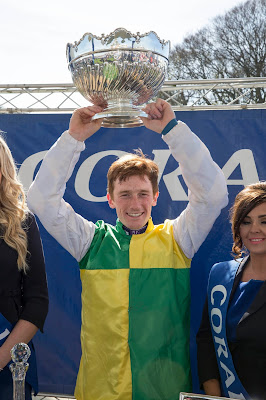 Run on Friday 20 April and Saturday 21 April, the Festival features a brand new £100,000 race to be staged on the Saturday.

A three mile open novices’ handicap chase over three miles, it will be the second race on the card and becomes the third six-figure-plus race on the day alongside the £215,000 Coral Scottish Grand National and the £105,000 QTS Scottish Champion Hurdle.

The race will be a championship final for novice chasers who, to qualify. must have finished in the first eight in at least one weight for age novices’ or beginners chase during the 2017-2018 season, and will be supported by the BHA’s Development Fund as part of the Fund’s 2018 expenditure.

There are 15 races across the two days, including two Grade 2s, a Grade 3 and two Listed Races.

Most of the leading trainers in the UK and Ireland are likely to have runners, and the top jockeys riding should include Richard Johnson, Sam Twiston-Davies, Brian Hughes, Tom Scudamore and Ruby Walsh.

The principal race on the Friday is the £50,000 Hillhouse Quarry Handicap Chase, a Listed Race over two miles four furlongs.

Another race to have received a financial boost is Friday’s coral.co.uk Mares’ Handicap Hurdle which increases in value from £25,000 to £30,000.

Ayr Racecourse managing director David Brown said : “We are excited by the addition of the new race on the Saturday, and with other significant increases in prize-money throughout the two days it is by some way the richest ever jumps Festival in Scotland.”

Posted by Ayrshire Scotland Business News at 11:55 am