COMMERCIAL Property Maintenance Services (CPMS) is to sponsor the 2019 Scottish Champion Hurdle at Ayr Racecourse, the richest and most prestigious hurdle race in Scotland and one of the most valuable handicap hurdles in the UK.

The Grade 2 contest - which carries a prize fund of £105,000 - will be run this year on Saturday 13 April and screened live on ITV’s main channel as part of the Coral Scottish Grand National coverage. 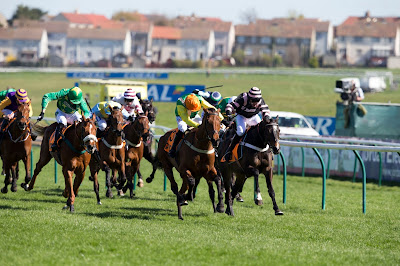 The race has grown in stature over the past few years and in 2018 was won by the Sue Smith trained Midnight Shadow (pictured above) whose subsequent wins included the Grade 2 Relkeel Hurdle at Cheltenham on New Years Day.

CPMS was established in 1996 and provides a full and comprehensive range of property facilities management, building services construction and maintenance solutions across the property, engineering, maintenance and rail sectors.

With headquarters in Elderslie, near Glasgow, and offices in Manchester, York, Edinburgh and Inverness CPMS has built a solid reputation among its growing list of clients.

CPMS managing director Charlie Shiells said: “We are delighted and proud to be sponsoring such a historic and prestigious race as the Scottish Champion Hurdle.

“We are looking forward to our partnership with Ayr Racecourse, Scotland’s premier horse racing venue, and to being part of the biggest day of the year in Scottish jumps racing. It is a very exciting time for us all at CPMS.”

The new sponsor was welcomed by Ayr Racecourse managing director David Brown, who said: “The Scottish Champion Hurdle is firmly established as one of the foremost hurdle races in the country.

“I am thrilled to welcome CPMS as sponsors, and we at Ayr are looking forward to working alongside the CPMS team to make the CPMS Scottish Champion Hurdle even bigger and better.”

The Scottish Champion Hurdle was first run in 1966 and awarded Grade 2 status in 1991. Previous winners include Cheltenham Gold Cup winner Captain Christy in 1973, Alderbrook who won the race in 1996 - a year after winning the Champion Hurdle - and more recently Cheltenian in 2015, Ch’Tibello in 2016 and Chesterfield in 2017.

And it has been announced that Coral Scottish Grand National is the fourth biggest race in terms of betting shop turnover for 2018 in figures published by Ladbrokes and Coral – the first time such a list has been published since the merger of the two bookmaking giants. 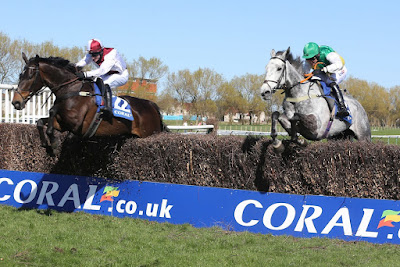 [Pictured: 33-1 chance Joe Farrell  on his way to holding on by a nose from Ballyoptic to land the £122,000 winner’s prize at the 2018 Coral Scottish Grand National and give trainer Rebecca Curtis and jockey Adam Wedge their biggest ever success.]

The only races to better the Ayr race are the Grand National, the Cheltenham Gold Cup and the Derby. A total of 25 of the top 40 betting races are run at the Cheltenham Festival.

The Coral Scottish Grand National also came fourth in the last list published by Coral but the new stats include all Ladbrokes shops as well.

There is no other racecourse north of Aintree in the top 40.